During the 2016 election campaign season, repealing and replacing Obamacare was a main plank for Republican party candidates. Yet now, even holding a majority in the House and Senate and the White House, Republicans can’t seem to take action on that promise. Is it time for a new party?

If the Senate Republican conference was a business, it would have to be investigated by the Federal Trade Commission for false advertising.

For almost a decade, Republicans have promised the American people that, given the opportunity, with majorities in the House and Senate plus the White House, they would pass legislation repealing Obamacare.

The movement fueled the tea party insurgency that won Republicans the House of Representatives in 2010.

It propelled Senate Republicans to a majority in 2014.

And, in part, it helped President Donald Trump secure a majority of the Electoral College in the 2016 election.

Each and every time, one of the central planks of the Republican agenda to govern was that they would get rid of the healthcare law and replace it with a free-market alternative.

In 2015, 48 Senate Republicans still serving today passed legislation that repealed most of Obamacare. That bill was put on then-President Barack Obama’s desk and vetoed. It would have phased out Medicaid expansion and ended the premium subsidies, cost-sharing subsidies, individual and employer mandates, reinsurance, risk corridors and risk adjustment, and the taxes and spending from the healthcare law.

The senators who voted yes on that bill included Shelley Moore Capito (R-W.V.) and Lisa Murkowski (R-Alaska). But come 2017, Capito and Murkowski had changed their tune. Now they were opposed to the very same legislation they had voted for in 2015.

Americans for Limited Government President Rick Manning blasted Capito and Murkowski in a statement, saying, “All that needed to happen was for the Senate to vote for exactly the same legislation it adopted in 2015, and prove that it was not simply a show vote. This terrible outcome proves Senators Capito and Murkowski were never sincere in their promise to repeal Obamacare. They were just phonies.”

Manning added, “If the 2015 bill was good enough for Obama to veto, it should have been good enough for President Donald Trump to sign. Instead, Capito and Murkowski turned out to be faithless senators who through their failure are putting the GOP congressional majority at risk.”

This may be Republicans’ last chance to deal with any of these healthcare and social programs for the foreseeable future. 2018 without wins in Congress (and Trump supporters showing up at the polls) could get ugly. Failure to lead will land at Congress’s feet, not the president’s.

The GOP has had the trifecta of the House, Senate, and White House only three times since the Great Depression. One might think they’d wield their power with purpose, understanding how rare this moment is. Where’s the leadership in Congress? Where are the reforms to purchase insurance across state lines?

None of that was even on the table as the House and Senate wasted months of the congressional session on a go-nowhere bill.

Now the do-nothing Republican Congress will attempt to go back to voters in 2018 and say they just need a few more senators to fulfill their promises. Good luck with that. But when you’ve got the likes of Capito and Murkowski to depend on in the foxhole, perhaps reinforcements are in fact necessary.

That was the case President Donald Trump made to the American people in a tweet, stating, “With only a very small majority, the Republicans in the House & Senate need more victories next year since Dems totally obstruct, no votes!”

For Republican voters then still committed to implementing the Trump agenda, including repealing Obamacare after 2018, that means they need pay extra careful attention to the Senate Republican primaries in Florida, Indiana, Missouri, Montana, West Virginia, Wisconsin, Michigan, Pennsylvania, and Ohio, all states that Trump carried in 2016.

It is questionable whether such a gambit might actually work—where Republican voters reward Republicans with more seats after failing to get their agenda through—but, on the other hand, very few gave Trump much of a shot in 2016 to win in the first place. Time will tell how Trump’s use of the bully pulpit might still be used to galvanize his base to the polls in 2018—or how other failures, for example on tax reform or building the southern border wall, might impact the president’s assessment of congressional Republicans.

After all, if the Republican Party will not implement the Trump agenda it ran on in 2016, perhaps the American people need a new party that will.

For now, it appears Trump is still engaged and determined to see the agenda he ran on enacted. Contrast that with former President George W. Bush, who after Social Security reform died, almost did not say a word about it. In the meantime, clearly Republican voters need to be more discerning about who they nominate for Senate seats. On to the primaries!

Robert Romano is the vice president of public policy of Americans for Limited Government. 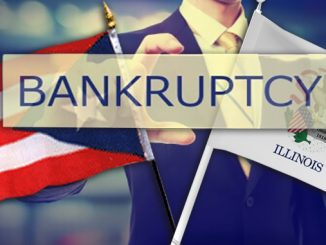 Are Illinois & Puerto Rico Our Future?