Longtime Republican political operative and private equity industry manager from the Chicago area Peter W. Smith was found dead of alleged suicide 10 days after being interviewed by mainstream media about his investigation of Hillary and Bill Clinton. Sadly, information that would confirm or deny his suicide is not being released by the Chicago police or the coroner. Will Smith become simply one more open-ended mystery in the long string of individuals who’ve died under questionable circumstances after publicly revealing Clinton wrong-doing?

Considering the sordid history of political intrigue and foul play surrounding Hillary and Bill Clinton, the rather mysterious death in Rochester, Minn. of a longtime investigator of the Clintons isn’t generating anything close to the level of public interest it deserves.

What’s worse is that national TV-media outlets evidently are blacking out news about investigator Peter W. Smith’s “suicide” and how and why he died in mid-May.

This broadcast-news suppression is even harder to explain considering several sizable newspapers and social media have to some extent covered Smith’s apparent “suicide.” Yet, the national TV networks did not run with the story, even as they obsess nonstop over flimsy Trump-Russia “collusion” allegations.

The Wall Street Journal, to its credit, took the lead in publishing reports on Smith’s research on Hillary, having interviewed Smith just 10 days before he was found dead. Smith is reported to have left a suicide note, stating that he took his own life at age 81 due to ill health. Smith allegedly had traveled to Rochester to visit the famous Mayo Clinic.

The official explanation: In Rochester’s Aspen Suites Hotel on May 14, Smith did himself in by putting a plastic bag around his head and pumping the bag full of helium from a propane-style tank, to displace the oxygen and asphyxiate himself. At least that’s what police, a funeral home employee, and some mainstream newspapers, including The Chicago Tribune, have reported.

And in the note that police claim they found, Smith reportedly “apologized to authorities and said that ‘no foul play whatsoever’ was involved in his death. He wrote that he was taking his own life because of a ‘recent bad turn in health since January 2017’ and timing related ‘to life insurance of $5 million expiring.’ ”

Smith’s investigations of the Clintons covered a lengthy time period—back to Bill Clinton’s “Troopergate” sexual-scandal days as Arkansas governor and during the Clinton White House and its countless collusions, including Chinagate.

Chinagate saw well-connected Chinese businessmen enter the White House dozens of times to make financial arrangements—dare it be called bribery—for obtaining U.S. military missile-guidance technology for Chinese companies through Clinton, among other things that dwarf anything that President Donald Trump is being accused of.

But Smith’s latest project involved looking into Hillary’s emails from her time as secretary of state from 2009-2013. He had been poking around lately to get more information on over 30,000 emails that Hillary claimed she deleted simply because they contained personal matters.

What really matters here is what Hillary’s emails contain, not who hacked them. Hillary’s emails likely contain information exposing that foreign officials—government and/or corporate, etc.—donated money to the Clinton Foundation in exchange for political favors via Hillary’s secretary of state office. 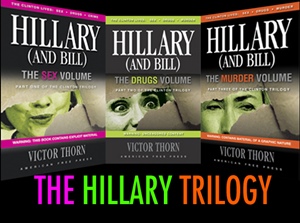 The Tribune is among the relatively few newspapers that has sustained the probe into Smith’s research and seemingly sudden suicide, although, in so doing, this formerly intrepid newspaper, once operated by legendary anti-war conservative Col. Robert R. McCormick, appears prone to giving Chicago native Hillary Clinton considerable leeway.

Former President Barack Obama was incubated in the same Chicago political machine from which Hillary ascended—and where former Obama White House Chief of Staff Rahm Emmanuel serves as mayor. And there have been rumblings that Hillary may run for mayor.

The Tribune said it “obtained a Minnesota state death record filed in Olmsted County, saying Smith committed suicide in a hotel near the Mayo Clinic at 1:17 p.m. on Sunday, May 14.” However, an autopsy was carried out, but the Southern Minnesota Regional Medical Examiner’s Office “declined a Tribune request for the autopsy report and released limited information about Smith’s death.”

By not releasing the autopsy report, the coroner has made it harder for researchers to make an assessment of what happened to Smith independent of Minnesota authorities. Making matters worse, Smith’s body was cremated in Minnesota.

Rochester Police Chief Roger Peterson did describe Smith’s death as “unusual.” A Rochester Cremation Services employee, from the funeral home that responded to the hotel’s call, added to the controversy by saying he recalled seeing a “tank” when he helped remove Smith’s body from the hotel room.

“The employee, who spoke on condition he not be identified because of the sensitive nature of Smith’s death, described the tank as being similar in size to a propane tank on a gas grill. He did not recall seeing a bag that Smith would have placed over his head. He said the coroner and police were there and that he ‘didn’t do a lot of looking around,’ ” the Tribune noted.

Police said they found a receipt from a local Walmart “time-stamped from the previous day, May 13 at 12:53 p.m.” for the purchase of “Helium Jumbo” tanks and other items. Yet because police, perhaps naively, feel that no foul play occurred, they apparently have not bothered to access Walmart security videos to see if Smith himself purchased the tanks.

Finally, police said that the two helium tanks in the room were draped with vinyl-covered ankle or wrist weights, the kind used for exercise.

“The report did not offer an explanation for the weights,” the Tribune added. 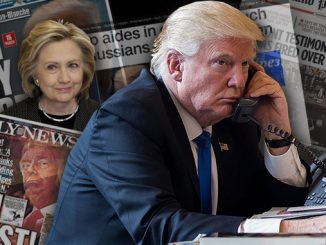 It Is the Presstitutes, Not Russia, Who Interfered in the US Presidential Election