Paul Craig Roberts explains the critical need for separation of residential from investment banking and how, without such regulation, the 99% pay dearly for the outrageous gains of the 1%.

For 66 years the Glass-Steagall Act reduced the risks in the banking system. Eight years after the act was repealed, the banking system blew up, threatening the international economy. U.S. taxpayers were forced to come up with $750 billion dollars, a sum much larger than the Pentagon’s budget, in order to bail out the banks. This huge sum was insufficient to do the job. The Federal Reserve had to step in and expand its balance sheet by $4 trillion in order to protect the solvency of banks declared “too big to fail.”

The enormous increase in the supply of dollars known as Quantitative Easing inflated financial asset prices instead of the consumer price index. This rise in bond and stock prices is a major cause of the worsening income and wealth distribution in the United States. The economic polarization has undercut the image and reality of the U.S. as a land of opportunity and has introduced political and economic instability into the life of the country.

These are huge costs and for the benefit only of the rich who were already rich.

So, what we can say about the repeal of Glass-Steagall is that it turned a somewhat egalitarian democracy with a large middle class into the 1% vs. the 99%. The repeal resulted in the destruction of the image of the United States as an open, prosperous society. The electorate is very much aware of the decline in their economic situation, and this awareness expressed itself in the last presidential election.

Americans know that the nonsense from the U.S. Bureau of Labor Statistics about a 4.3% unemployment rate and an abundance of new jobs is fake news. The BLS gets the low rate of unemployment by not counting the millions of discouraged workers who cannot find employment. If you haven’t looked for a job in the last four weeks, you are not considered unemployed. The birth/death model, a purely theoretical construct, accounts for a large percentage of the non-existent new jobs. The jobs are there by assumption. The jobs are not really there. Moreover, the replacement of full-time jobs with part-time jobs proceeds. Pension and healthcare benefits that once were a substantial part of the pay package are being terminated.

It makes perfect sense to separate commercial from investment banking. The taxpayer-insured deposits of commercial banking should not serve as backing for investment banking’s creation of risky financial instruments, such as subprime and other derivatives. The U.S. government understood that in 1933, but no longer did in 1999. This deterioration in government competence has cost America dearly.

The repeal of Glass-Steagall has turned the United States into an unstable economic, political, and social system. We have a situation in which millions of Americans who have lost full-time employment with benefits to jobs offshoring, whose lower-income employment in part-time and contract employment leaves them no discretionary income after payment of interest and fees to the financial system (insurance on home and car, health insurance, credit card interest, car payment interest, student loan interest, home mortgage interest, bank charges for insufficient minimum balance, etc.), are on the hook for bailing out financial institutions that make foolish and risky investments.

This is not politically viable unless Congress and the president are going to resign and turn over the governance of America to Wall Street and the Big Banks. A growing crescendo of voices are saying that this has already happened.

So, where is there any democracy when the 1% can cover their losses at the expense of the 99%, which is what the repeal of Glass-Steagall guarantees?

Not only must Glass-Steagall be restored, but also the large banks must be reduced in size. That any corporation is too big to fail is a contradiction of the justification of capitalism. Capitalism’s justification is that those corporations that misuse resources and make losses go out of business, thus releasing the misused resources to those who can use them profitably. Capitalism is supposed to benefit society, not be dependent on society to bail it out.

I was present when George Champion, former CEO and chairman of Chase Manhattan Bank testified before the Senate Banking Committee against national branch banking. Champion said that it would result in the banks becoming too large and that the branches would suck savings out of local communities for investment in traded financial assets. Consequently, local communities would be faced with a dearth of loanable funds, and local businesses would die or not be born from lack of loanable funds.

I covered the story for Business Week. But despite the facts as laid out by the pre-eminent banker of our time, the palms had been greased, and the folly proceeded.

As assistant secretary of the US Treasury in the Reagan Administration, I opposed all financial deregulation. Financial deregulation does nothing but open the gates to fraud and sharp dealing. It allows one institution, even one individual, to make a fortune by wrecking the lives of millions. 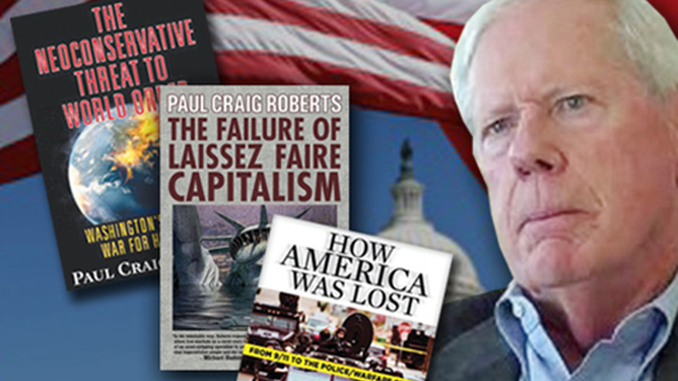 The answer is that they seldom do.

America cannot survive if excessive risks and financial fraud can be bailed out by taxpayers.

U.S. Representatives Walter Jones and Marcy Kaptur and members of the House and staff on both sides of the aisle, along with former Goldman Sachs executive Nomi Prins and leaders of citizens’ groups, have arranged a briefing in the House of Representatives on June 14 about the importance of Glass-Steagall to the economic, political, and social stability of the United States. Let your representative know that you do not want the financial responsibility for the reckless financial practices of the big banks. Let your representative know also that you do not want big banks that dominate the financial arena. Let them know that you want the return of Glass-Steagall.

The effort to reduce the financial risks arising from the comingling of commercial and investment banking by requiring stronger capital positions of financial corporations is futile. The 2007-08 financial crisis required the taxpayers and the printing press and an amount of money that exceeded any realistic capital and liquidity requirements for financial institutions.

If we don’t re-enact Glass-Steagall, the risks taken by financial greed will complete the economic destruction of America.

Congress must serve the people, not mammon. 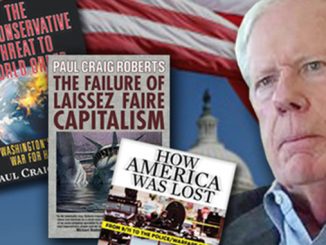 The Exponential Growth of Insecurity

3 Comments on Without Glass-Steagall, America Will Fail