Good news for patriots across the United States! Front-page story of our most recent American Free Press. Not yet a subscriber? Click here for print subscription options or click here for digital options.

President Donald Trump on July 10 signed presidential pardons for 76-year-old Dwight Hammond and his son Steven, 49—the embattled Oregon ranchers who suffered gross injustices after they were forced to serve consecutive prison terms despite being found innocent by a jury of the most serious charges. Their jailing eventually spurred the respected Bundy ranching family to protest the men’s plight at the Malheur nature preserve.

“The evidence at trial regarding the Hammonds’ responsibility for the fire was conflicting, and the jury acquitted them on most of the charges,” a White House statement said. “Justice is overdue for Dwight and Steven Hammond, both of whom are entirely deserving of these Grants of Executive Clemency.”

The Hammonds, sentenced to five years in 2012 for that conviction, became the focal point of ranchers and others who oppose the federal government’s notoriously wasteful and costly mismanagement of massive tracts of Western lands to which it claims “ownership.” While mainstream media have simplistically claimed “they had set a series of fires on their ranch that spread to federal land,” in reality, the Hammonds started a “backburn” on their grazing land in Harney County, Ore. The controlled burn was lit, without malicious intent, to mitigate the impact of a totally separate fire on adjacent federal land that was headed their way.

In response to the Hammonds’ jailing, protesters, including the sons of famed Nevada rancher Cliven Bundy, occupied the Malheur National Wildlife Refuge in Harney County in early 2016. The mainstream media were quick to call it an “armed standoff.” However, the only use of firearms came when one of the occupiers, soft-spoken Robert LaVoy Finicum, died with his hands in the air in a hail of gunfire from state police and federal agents when he exited the driver’s seat of his vehicle at a police roadblock, while en route to a diplomatic meeting with area law enforcement.

Bundy explained: “The Bundy family didn’t have any vested interest in the Hammonds, except that they were ranching neighbors. My son Ammon called on local, county, state, and federal officials [about the Hammond’s plight]. Not one would respond

to his call. President Trump is the only man in these governments who responded to Ammon’s call and found the federal government’s criminal justice system was unjust.”

Cliven summarized, “Shame on you, America, for allowing this to happen, and thank you, President Trump, for trying to make things straight.” 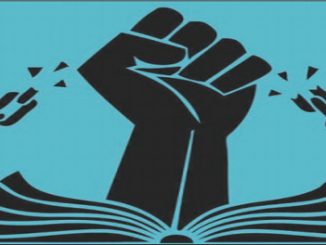