In the ongoing “Bundy” trials, as they’ve come to be known, on Aug. 22, a jury was unable to convict four defendants who were retried this summer after prosecutors failed to get a conviction the first time around. Two of those four, Steven Stewart and Richard Lovelien, have been acquitted of all charges and are free men. O. Scott Drexler and Eric Parker, however, were acquitted on most but not all counts and are still in federal custody. After languishing in federal prison for around 18 months like the rest of the defendants in this saga, Drexler and Parker have been released to home detention. Although their retrial saw them formally acquitted on some charges, it ended simply with “no verdict” on other charges: assault on a federal officer and related firearm charges stemming from their part in a protest against the attempted seizure of Cliven Bundy’s cattle during an April 12, 2014 “standoff” with armed U.S. Bureau of Land Management agents. This means that Drexler and Parker will be retried on the remaining charges —for a third time. And the charges are rather serious.

Judge Gloria Navarro of the U.S. District Court in Las Vegas set a date of Oct. 10 for jury selection to begin there for the trial of the second set of defendants, which includes Cliven and several others. According to the original court schedule, there were to be three trials. Cliven, his sons Ammon and Ryan, Internet radio host Pete Santilli, and Ryan Payne have long been slated to be the second trial’s defendants. But due to the most recent developments, Drexler and Parker will join them in mid-October. “This next trial involving Cliven is the so-called ‘leadership’ trial, as the government sees it,” said legal expert Roger Roots of Montana, who has attended nearly every day of the trial. Cliven, his two sons, Santilli, and Payne each face 15 charges generally including conspiracy, assault and threats against federal officers, firearms counts, and obstruction and extortion. Though it seems unlikely at this juncture, conviction on all charges would ensure life imprisonment for all. 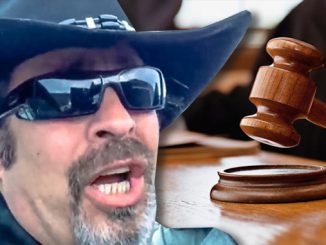 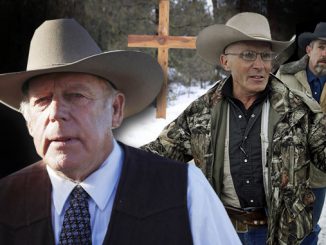