There is some good news to report today. The first trial of activists that stood up to the federal government in support of Nevada rancher Cliven Bundy ended in a hung jury on Monday night, meaning federal prosecutors were unable to get convictions. The men are facing years in prison.

LAS VEGAS, Nevada—In the first trial of the landmark Cliven Bundy property-rights case, the jury deadlocked on April 24, and U.S. District Judge Gloria Navarro was forced to declare a mistrial, according to Roger Roots, an author and legal expert who’s been in the U.S. District courtroom in Nevada nearly every day of this trial. The trial started Feb. 6 and dragged on longer than expected.

Due to the hung jury, four of the six defendants—Richard Lovelien, Eric Parker, O. Scott Drexler, and Steven Stewart—“were nether acquitted nor convicted” of any of the serious conspiracy and other charges leveled at them by the federal government, Roots noted. The 12-member jury did not come close to convicting these men, voting 10-2 in favor of acquitting two of them, while splitting on the others, according to defense lawyers.

Defendants are being tried for their part in supporting longtime rancher Cliven Bundy in the now-legendary April 2014 standoff between armed federal Bureau of Land Management (BLM) agents and the elder Bundy, four of the Bundy sons, and a host of supporters.

When the BLM showed up that spring to impound hundreds of Bundy’s cattle for his alleged unpaid grazing fees on public lands, several supporters traveled long distances to southern Nevada, near Bunkerville, to stand with Bundy in protest of federal land policies. The standoff was dubbed by some as “The Battle of Bunkerville,” though not a single shot was fired.

Notably, the federal indictment, which names a total of 17 defendants, contains 16 charges, mainly “conspiracy” counts, but not all the counts apply to everyone.

The Bundy case has been divided into three trials, in order to make things more manageable for the federal government, which has been laboring to make its case—claiming that those who gathered with the elder Bundy pointed their weapons at well-armed federal officers in a “threatening” manner.

The government seeks to send all the defendants to prison—for life, if possible.

The defense maintains that Bundy’s supporters showed up to exercise their First and Second Amendment rights simply to protest BLM land policies.

According to Roots, the question of whether the government will re-try the four defendants not acquitted by this jury remained unanswered as of this writing, although the Arizona Republic’s April 25 edition claimed Judge Navarro is intent on re-trying them starting June 26—which is also the proposed starting date for the second trial. Roots remarked, “There’s no way that [schedule] is going to work.”

“Maybe you can’t call this [deadlocked jury] a victory for the Bundy side,” he added, “but the government’s ‘stock’ went down in this thing. And the feds, including the judge, are under a lot of pressure to try and provide speedy trials. You have to remember that this first group [of “less culpable” defendants] was supposed to be the ‘easy’ one for the government.” 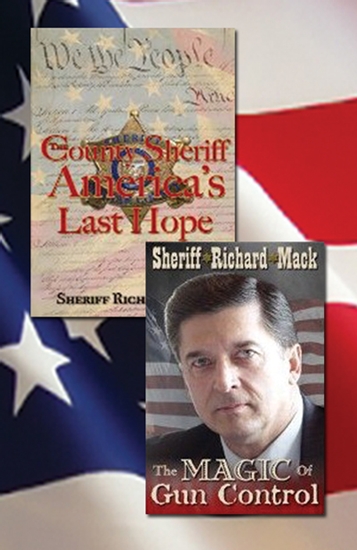 The jury did find the two others in the opening trial—Todd Engel and Gregory Burleson—guilty of some charges, with Burleson bearing the brunt.

Engel was charged with obstruction of justice and using interstate commerce to commit extortion, so he could possibly be sentenced to two years in prison. Any credit he may get for time already served behind bars would reduce his sentence, perhaps drastically.

As noted earlier, the second trial is expected to start on June 26, three weeks beyond earlier estimates of June 5 or 6. Bundy and two of his sons, Ryan and Ammon, along with Ryan Payne and Internet journalist Pete Santilli, are the defendants in that trial. It is expected to be an exceedingly high-profile affair in which the bedrock fundamentals of federal land jurisdiction and control are likely to be rigorously debated.

The third and final trial is expected sometime in the fall, involving Bundy’s sons Mel and Dave, along with Joseph O’Shaughnessy, Brian Cavalier, Jason Woods, and Micah McGuire.