The Department of Justice has appealed the ruling of a Nevada judge who dismissed the department’s case against Cliven Bundy et al. on the grounds of prosecutorial misconduct, evidently intent on seeing the land-rights protesters jailed. This development made AFP’s front page in the issue just released and now available online. Click here to subscribe to AFP Online.

Former federal prosecutor Larry Klayman, founder of Judicial Watch and Freedom Watch, issued a press release earlier in August on behalf of his client, Cliven Bundy, vowing to fight a Department of Justice appeal of a judge’s dismissal of the case against Bundy for his role in the spring 2014 protest against federal land tyranny in Nevada.

In January, U.S. District Judge Gloria M. Navarro dismissed conspiracy charges against Bundy, his two sons, and fellow protestor Ryan Payne after finding prosecutors violated federal law and unjustly failed to share with the court evidence favorable to the defendants. Later, on July 31, Judge Navarro rejected the prosecutors’ request to reconsider her dismissal of the case.

“The court’s finding of outrageous government conduct was not in error,” Judge Navarro wrote in her 11-page ruling in late July, reports The Oregonian. “On the contrary, a universal sense of justice was violated by the government’s failure to provide evidence that is potentially exculpatory.”

Despite this, federal prosecutors are trying again to go after the Bundys, hoping that in a third trial they will be able to take down the famed Nevada rancher.

“My client and friend Cliven Bundy is confident that the Ninth Circuit will affirm Judge Navarro’s dismissal,” Klayman said.

A longtime observer of the Bundy saga, KSDZ-FM radio host Jim Lambley of Gordon, Neb., told AFP on Aug. 20 that he believes a serious effort on the part of the federal government to pry open this case again could lead to even more, and worse, revelations of federal misconduct— including the possibility that an alleged letter could surface—rumored to have included a chilling “kill list” that armed federal agents had compiled and that the list included the names of women and children.

“The federal judge dismissed the case in part to save the feds further embarrassment,” added Roger Roots, who attended nearly every day of the lengthy trial.

“It’s at least conceivable the Ninth Circuit could override Judge Navarro and force a new trial, but think of how ridiculous it would be. You get your case dismissed, it’s thrown out but two years later, you get a call from your lawyer saying you’re looking at life in prison—again.” 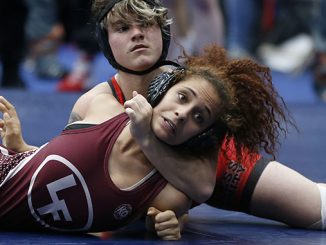