It was Arizona Republican Senator John McCain, not President Obama, who urged weaponizing the IRS. Judicial Watch has documents showing “that it was McCain’s staff urging the Obama administration to use the IRS to target tea-party and other political opposition groups that were threatening both the Democrat and Republican Party establishments.”

Remember when Obama weaponized the Internal Revenue Service (IRS) to target tea-party and other conservative and nationalist groups following the 2010 midterm and 2012 general elections? Many of us at the time postulated that the real criminal mastermind was not Obama but Republican Sen. John McCain (Ariz.). Come to find out, we were right.

Judicial Watch, a conservative legal watchdog group, is now in possession of documents, obtained from the IRS through a Freedom of Information Act request, proving that it was McCain’s staff urging the Obama administration to use the IRS to target tea-party and other political opposition groups that were threatening both the Democrat and Republican Party establishments.

In the full notes of an April 30, 2013, meeting, McCain’s high-ranking staffer Henry Kerner recommends harassing non-profit groups until they are unable to function. Kerner tells IRS Director Lois Lerner, Steve Miller (then chief of staff to the IRS Commissioner), Nikole Flax (IRS Office of Appeals), and other IRS officials, “Maybe the solution is to audit so many that it is financially ruinous.”

In response, Ms. Lerner responded that it is her job to oversee it all.

The Judicial Watch report goes on to add:

“Henry Kerner asked how to get to the abuse of organizations claiming section 501 (c)(4) but designed to be primarily political. Lois Lerner said the system works, but not in real time. Henry

“Henry Kerner said that maybe the solution is to audit so many that it is financially ruinous. Nikole [Flax] noted that we have budget constraints. Elise Bean suggested using the list of organizations that made independent expenditures. Lois Lerner said that it is her job to oversee it all, not just political campaign activity.”

When Judicial Watch reported on this meeting in 2013, McCain issued a statement decrying “false reports claiming that his office was somehow involved in IRS targeting of conservative groups.”

The IRS had blacked out the notes of the meeting in documents obtained by Judicial Watch back in 2013, but the redacted portions were discovered in the notes attached to subsequent documents recently released by the agency.

Obviously both the GOP “establishment” and Donkey “establishment” were being challenged by tea party candidates. Primaries were no longer a shoe-in for establishment-selected candidates of either party. Power was being confronted. The party elites were willing to do whatever it took to eliminate the challenges to their political power.

We were not surprised when the Obama Department of Justice announced in October 2015 that it was dropping its investigation into the IRS, Ms. Lerner, and the unlawful weaponizing of the IRS against conservative groups. We were, on the other hand, shocked when the Republican-led congressional inquiry into the matter was also dropped. But now we know why. The GOP leadership was just as guilty in the matter as the Democrats. Continued investigation would have only made the existence of their “Uniparty” all too obvious.

So now we know that the Republicans and Democrats worked together and mutually benefitted from the weaponizing of the IRS and the targeting of the tea party and oppositional politics as far back as 2010. Add to that our previous understanding that Rep. Paul Ryan (R-Wisc.), Sen. Mitch

McConnell (R-Ky.), and a cancer-ridden McCain—drug into the congressional chamber from what was then thought to be his death bed—were leading the Uniparty in opposition to President Donald Trump’s effort to kill ObamaCare.

Overlay this Machiavellian power play against the latest understandings of how McCain dispatched another member of his staff, David Kramer, to act as go-between and facilitator for the Christopher Steele dossier used against then-candidate Trump. The dossier was the foundation of the entire Mueller, Russia-collusion phony investigation. With Mueller, a Republican, and two Democrats, FBI Director James Comey and Deputy Attorney General Rod Rosenstein, working together, the Uniparty is on display again. 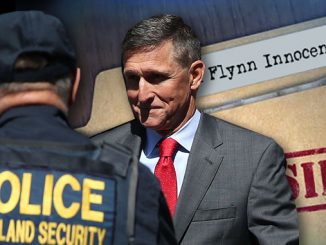 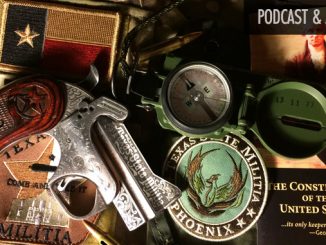