Sen. Rand Paul (R-Ky.) was a breath of fresh air and common sense when he made the rounds on television talk shows yesterday to defend President Donald Trump’s meeting with Russian President Vladimir Putin.

Republican senator from Kentucky Rand Paul appeared on a series of cable news talk shows yesterday to counter the ridiculous claims made by former CIA Director John Brennan that President Donald Trump should be charged with treason for not sticking up for U.S. intelligence.

On Fox News commentator Tucker Carlson’s show, Paul, who also happens to be the son of former Rep. Ron Paul (R-Texas), blasted Brennan, saying, “You have to realize John Brennan started his illustrious career by voting for the Communist Party—you know, that’s who he wanted to win the presidency back in the ’70s—so he voted for the Communist Party.”

He added that Brennan “is one of the most powerful people in the world, who has the ability to destroy anybody in the world and gain information on anything you do . . . yet with all that power he was coming to work each day with a bias and a hatred of the president. It should worry us all. What other things he could possibly have been doing with that power?”

You can watch the full interview below. Then, after you hear what Paul has to say, please take a moment to tell us what you think in the comments section. 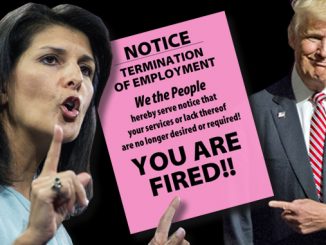