A recently published report highlights in graphic detail the barbarous “enhanced interrogation” techniques developed and administered by the CIA against various detainees under President George W. Bush in the aftermath of the Sept. 11 terrorist attacks and the initiation of the Global War on Terror.

The report, authored in part by Seton Hall University School of Law Professor Mark Denbeaux, is entitled, “How America Tortures,” and features never-before-seen illustrations drawn by Abu Zubaydah, depicting the brutal interrogation techniques utilized against him while in custody at CIA “black sites” shortly after his capture and arrest in March 2002.

Zubaydah, a Palestinian-born man whose given name is Zayn al-Abidin Muhammad Husayn, was wounded and captured in late March 2002 in Pakistan. He has long been alleged to be a high profile al Qaeda operative and was described by Bush following his capture as “one of the top operatives plotting and planning death and destruction on the United States.” Subsequent investigations have discovered that these allegations were false, yet Zubaydah remains indefinitely detained at Guantanamo Bay prison in Cuba.

The report analyzes the so-called torture memos developed by the CIA outlining the specific techniques that were to be utilized against Zubaydah and other detainees in the Global War on Terror. The report also relies on descriptions of the torture techniques provided by Zubaydah, including illustrations drawn by him depicting his torture, as well as internal CIA documents, the Senate Select Committee on Intelligence Report, and other government documents.

The so-called torture memos, which were prepared by the CIA in 2002, outline a now-outlawed interrogation program that utilized violence, extreme isolation, and sleep deprivation on detainees in order to extract information and confessions.

One of the recently released illustrations drawn by Zubaydah shows the man strapped down naked on a table with a hood covering his head. Water is then poured over his hooded head, simulating a drowning scenario. This “enhanced interrogation” technique, often referred to as waterboarding, was later described by the Senate Intelligence Committee’s study as “brutal and far worse than the CIA represented.” According to the latest reports, Zubaydah was subjected to this torture technique over 80 times while in CIA custody.

“They kept pouring water and concentrating on my nose and my mouth until I really felt I was drowning and my chest was just about to explode from the lack of oxygen,” Zubaydah explained to his lawyer in a declassified report.

Zubaydah was also subjected to a variety of other brutal torture techniques, including prolonged periods of sleep deprivation, having his head slammed repeatedly into a wall, and being confined and isolated in boxes, including in a coffin-shaped box, restricting his movement. Zubaydah recounted that he had been kept awake at one point for “maybe two or three weeks or even more.”

“It felt like an eternity,” he stated, “to the point that I found myself falling asleep despite the water being thrown at me by the guard.”

The CIA’s interrogation team videotaped many of the torture sessions, only to destroy them all in 2005 at the behest of Jose Rodriguez, then the head of the CIA’s clandestine service.

Incredibly, Zubaydah has not been officially charged or tried for any of his alleged crimes, and remains in federal custody indefinitely.

Zubaydah’s legal team has brought cases before the European Court of Human Rights, whose member countries, including Poland and Lithuania, were at least partially complicit in the extraordinary rendition program that transported detainees such as Zubaydah to CIA black sites for these torture sessions.

The latest report demonstrates conclusively once again how far America has strayed from her principles as a result of the prosecution of the Orwellian Global War on Terror. 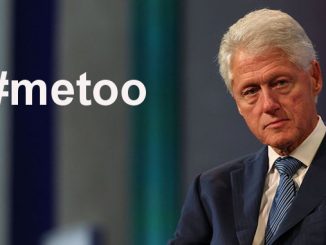 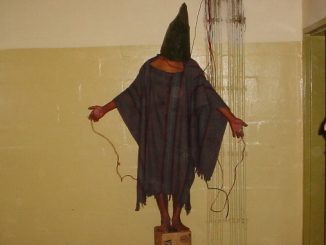