The mainstream media cares only about the abuse of women if there’s a buck in it for them. That may explain why many don’t know about these alleged crimes by several American presidents.

In the wake of sexual harassment claims that rocked major U.S. industries including Hollywood and the mainstream media—colloquially known today as the #MeToo movement—it is interesting to consider how many U.S. presidents have been accused of literal rape over the years.

In 1873, for example, Maria Halpin accused President Grover Cleveland of sexually assaulting her on the evening of Dec. 15 that year. In her affidavit, Halpin alleged that Cleveland sexually assaulted her “by use of force and violence and without my consent.” Halpin added that Cleveland “told me he was determined to ruin me if it cost him $10,000, if he was hanged by the neck for it. I then and there told him that I never wanted to see him again [and] commanded him to leave my room, which he did.”

Ms. Halpin became pregnant as a result of the assault, and the boy she gave birth to became the basis of the campaign slogan, “Ma, Ma, Where’s my Pa?” Cleveland and his powerful associates smeared Ms. Halpin as promiscuous and a drunk.

She was later thrown into the Providence Lunatic Asylum, and the child was taken from her and sent to an orphanage in Buffalo. Ms. Halpin died at age 66 in 1902, with $200 to her name, irreparably scandalized and wronged.

In Kitty Kelly’s 1991 book Nancy Reagan: The Unauthorized Biography, she reported the allegations of actress Selene Walters. Ms. Walters, a 19-year-old actress at the time, claimed that the then-41-year-old Reagan forced himself sexually on her during a date in 1952. This quintessential “date rape” stayed surprisingly under the radar, even after Walters reiterated her story in the April 29, 1991 issue of People magazine. Reagan was confronted by the press about the accusation just as Kelly’s book was being released. He was about to enter church at the time, and issued one of his trademark responses, “I don’t think a church would be the proper place to use the word I would have to use in discussing that.”

Bill Clinton was accused of varying degrees of sexual harassment by many women. One of them, Juanita Broaddrick, claimed that, when Clinton was the governor of Arkansas, he had brutally raped her in a Little Rock hotel room in 1978. Four witnesses backed her story, including a nurse who treated her injuries. NBC News, to its eternal discredit, sat on the story for a year as the impeachment process unfolded, in an obvious attempt to save Clinton further negative publicity.

The only paper to cover it, in fact, was England’s New Nation, which represented London’s black community. Schoedinger told American journalist Jackson Thoreau that Bush himself had threatened to have her killed, and was quoted as saying, “People have to be held accountable for what they do and that is why I am pursuing this lawsuit.” Sadly, Ms. Schoedinger supposedly shot herself shortly thereafter.

Donald Trump, like Bill Clinton, has had myriad allegations of sexual harassment leveled against him. The most serious of these was from a woman known only as Jane Doe, who accused Trump and fellow billionaire Jeffrey Epstein (convicted of soliciting underage girls for prostitution) of raping her when she was a 13-year-old aspiring model. She dropped her lawsuit against Trump in November 2016 on the eve of the presidential election.

Jane Doe failed to show up for a Los Angeles press conference, allegedly out of tremendous fear. Her attorney Lisa Bloom cited “numerous threats” against her client. Jane Doe herself had quoted Trump as threatening to have her and her family “physically harmed, if not killed,” if she didn’t keep quiet. She also claimed that Trump responded to her screams of protest by striking her in the face and screaming that he would do what he wanted.

It appears that the mainstream media really isn’t worried about rape allegations against presidents unless exposing them can increase their ratings—and thus their profits—or help them to ruin a president they don’t like.

Donald Jeffries is a highly respected author and researcher whose work on the JFK, RFK, and MLK assassinations and other high crimes of the deep state has been read by millions of people across the world. Jeffries is also the author of two books currently being sold by AFP, Hidden History: An Exposé of Modern Crimes, Conspiracies, and Cover-Ups in American Politics and  Survival of the Richest: How the Corruption of the Marketplace and the Disparity of Wealth Created the Greatest Conspiracy of All.

Was Epstein Really a Victim of the ‘Clinton Body Count’? 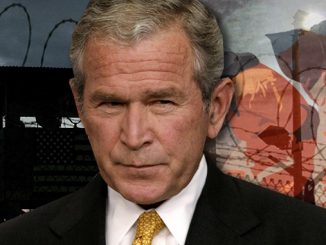