Israel is facing a political crisis and the man at the center of it is Prime Minister Benyamin Netanyahu, who was recently indicted for bribery and fraud. Former Secretary of State Rex Tillerson famously said of Netanyahu that he lied and “played” President Donald J. Trump to persuade him to adopt a tougher line on Iran.

Throughout his political career Netanyahu had been willing to deceive to get his way by demonizing the Palestinians to maintain control of the hard right in Israeli politics. His legacy is such that, no matter who rules Israel in decades to come, he may have expanded illegal Jewish settlement in the West Bank to such a degree that the future prospects for the creation of a Palestinian state will be slim if not out of reach. That was clear with the announcement by the Trump administration that it would no longer abide by international law that has for 40 years deemed Israeli West Bank settlements illegal structures.

Netanyahu is nowadays in political limbo, given he and his main opponent, former Gen. Benny Gantz, have been unable to form a government in the wake of two elections this year in which neither emerged victorious. Netanyahu is desperate to remain in power because he knows that, if he fails, he will be unable to delay a trial that could see him go to jail for years, perhaps from five to 10.

He would not be the first Israeli prime minister to end up in a cell. His predecessor, Ehud Olmert, was released from jail in 2017, after serving a 16-months jail term for crimes similar to those Netanyahu is believed to have committed.

When Olmert was released, he blamed Netanyahu for his incarceration and suggested that Netanyahu’s crimes were worse than his. He also leveled criticism at former Israeli Prime Minister Ehud Barak, whose name surfaced in the many investigations into the late Jeffrey Epstein, the millionaire pedophile. Since Epstein’s mysterious death in a detention cell in Manhattan, it has transpired that Barak spent time on Epstein’s planes and had started a tech business with him.

Netanyahu’s alleged crimes include taking money and gifts from Hollywood producer Arnon Milchan and Australian billionaire James Packer. Netanyahu is also charged with negotiating a fraudulent deal with the owner of Israel’s biggest newspaper, Yedioth Ahronoth, to get special coverage.

Lately, Netanyahu, or Bibi as he likes to be known, has reverted to playing his extremist card to garner support among Israel’s radical electorate, first by attacking the Palestinians and by heightening tensions with his neighbors, especially Iran and Syria. He knows that any effort to accuse Iran of wrongdoing, whether or not it is based on fact, creates paranoia in Washington and bolsters his Zionist base in Congress.

Since Trump’s arrival in the White House, pro-Zionist elements in Congress have dominated Middle East policy, including moving the U.S. embassy from Tel Aviv to Jerusalem. Trump has also appointed his leading Jewish financial backers to senior roles in developing strategies favored by Netanyahu. One of those backers is Sheldon Adelson, the casino mogul who has been a crucial figure in representing Israel’s interests within the White House.

A policy driven by Adelson that clearly illustrated how Israel was calling the shots in Washington was a declaration by Trump that the Israeli-occupied Golan Heights belonged to Israel, in total contravention of international law that has consistently recognized Golan as Syrian land.

What has been clear about Netanyahu’s cynical leadership is that he has consistently used his military to launch attacks on Gaza, leading to deaths of many innocent Palestinians, often with the aim of improving his political standing. That is a view held by many of his critics, and it has been evidenced by increasing attacks on Gaza.

For its part, the U.S. mainstream media has consistently refused to reflect the plight of Palestinians under Israeli occupation, an occupation that has been condemned by many UN resolutions. A 2019 world report by Human Rights Watch exposed the fact that between March and November 2018, Israeli soldiers killed 189 Palestinian demonstrators. Of those, 31 were children and three were medial staff. Live fire also wounded over 5,000 more.

Netanyahu becomes incensed when groups globally accuse Israel of converting Gaza into an apartheid state. It is a comparison with the South African state of the 1970s.

Pro-Zionists in Washington are angered any time Gaza is described as the world’s largest open-air prison, but in both instances it is hard to deny the facts.

Should Netanyahu be reelected in a third Israeli national election, the Middle East will descend further into conflict. 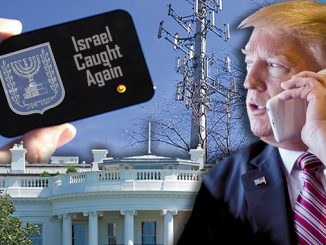