American citizens, including law enforcement officers, continue to be the tragic victims of sanctuary policies.

In late December, Gustavo Garcia, a 36-year-old illegal alien with a lengthy criminal record who had previously been deported from the U.S. on two separate occasions, went on a violent criminal rampage in Tulare County in central California before being killed in a high-speed chase with California law enforcement officers.

Garcia’s rampage began on the afternoon of Sunday, Dec. 16 when he shot and wounded a local farm worker and then proceeded to rob a local convenience store at gunpoint, stealing roughly $2,000 in cash. Later that day, Garcia shot a female guest at a Motel 6 in the chest and arm. Neither the farm worker nor the female shot by Garcia suffered life-threatening injuries.

In the early morning hours of Monday, Dec. 17, Garcia’s violent crime spree continued, as he shot up a gas station in the area, killing one man who police identified as Rocky Paul Jones, 51. Garcia then fired shots in the backyard of his girlfriend’s house where he had been living, before leaving and being pursued by sheriff’s deputies. During the chase, Garcia fired shots at officers before wrecking his car.

He then proceeded to steal another vehicle and led officers on yet another high-speed chase at speeds approaching 100 miles per hour. During the chase, multiple vehicles were struck, resulting in serious injuries to several of the unfortunate victims of Garcia’s rampage. Following the final accident Garcia caused during the chase, the violent criminal, who had been living illegally in the United States for an unknown period of time, was thrown from the stolen vehicle and died.

Garcia is believed to have committed at least 11 different crimes during the rampage, including an officer-involved shooting, homicide, and robbery. Incredibly, he had been in police custody just two days prior to his criminal rampage for being under the influence of a controlled substance and had a long criminal record, including multiple assaults with a deadly weapon, contributing to the delinquency of a minor, vandalism, and possession of a controlled substance, according to news reports.

The Visalia Times-Delta, a news outlet in the area, reported that Immigration and Customs Enforcement (ICE) officials had alerted local law enforcement officials that Garcia was a known violent criminal who had been deported in 2004 and again in 2014. He had already served 27 months in federal prison for illegally re-entering the country yet managed to evade immigration authorities. ICE agents had apparently issued an immigration hold for Garcia when he was in police custody just prior to the deadly rampage, yet the hold was not honored due to California’s sanctuary-state laws, and Garcia was released.

“This is an unfortunate and extremely tragic example of how public safety is impacted with laws or policies limiting local law enforcement agencies’ ability to cooperate with ICE,” the agency said in a statement published by the Times-Delta.

In a separate and equally tragic incident that also took place in California, six individuals with dubious immigration status have been arrested in connection with the murder of a California police officer who had legally immigrated to the United States. Police Cpl. Ronil Singh of the Newman Police Department, who was described as an “American patriot” by Newman Police Chief Randy Richardson, was murdered the day after Christmas when he was shot by Gustavo Perez Arriaga, a 32-year-old illegal alien who had two previous DUI convictions. Singh had pulled over Arriaga for suspicion of drunk driving in the early morning hours of Wednesday, Dec. 26. Arriaga shot the officer before fleeing the scene, resulting in Singh’s tragic death.

Two days later, police arrested Arriaga and two accomplices, all believed to be living in the U.S. illegally: Adrian Virgen, 25, Arriaga’s brother, and Erik Razo Quiroz, 32, a co-worker of Arriaga’s. According to Stanislaus County Sheriff Adam Christianson, Arriaga was a known gang member who worked on local dairy farms. Christianson also said that Virgen and Quiroz were arrested because “they intentionally lied to us and misled us,” according to local reports. Both men now face a charge of being accessories after the fact to a felony.

Three other individuals were also later arrested in neighboring Kern County for their role in helping Arriaga evade law enforcement authorities and attempt to flee the country to Mexico following the murder. Kern County Sheriff Donny Youngblood announced charges against Bernabe Madrigal Castaneda, 59, Erasmo Villegas, 36 and Maria Luisa Moreno, 57, all of Bakersfield, who were arrested on charges of aiding and abetting Arriaga.

In the aftermath of the officer’s murder, Christianson expressed frustration with California’s sanctuary laws, which hinder local and state law enforcement agencies from cooperating with federal immigration officials.

“We should have been allowed to report him to ICE,” Christianson said in a press conference after the arrests, referring to Arriaga, “but because of sanctuary laws we could not.”

Had Arriaga not been in the country, “the outcome could have been different,” Christianson lamented. “Why are we providing sanctuary for criminals? For gang members?”

At the news conference, Christianson emphasized that his deputies are not interested in enforcing immigration law. “That’s not our job,” Christianson stated. “But law enforcement should be able to turn people over to ICE who are gang members who victimize and exploit others.”

These tragic incidents will no doubt inflame the already intense debate over immigration in this country. 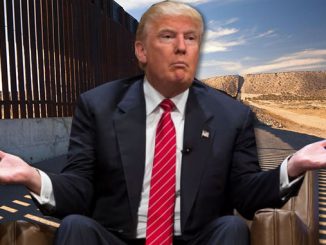