The Senate Committee on Homeland Security and Governmental Affairs and the Committee on Finance released an 87-page report on Sept. 23. Sen. Mitt Romney ignorantly called it a political ploy. The thrust of the report reveals that the impeachment effort against Donald Trump essentially diverted attention away from Obama administration corruption involving the Ukrainian energy company Burisma and the Bidens.

President Barack Obama basically told Vice President Joe Biden to take care of the situation in regard to his son Hunter’s bribes and shady business deals in the Ukraine. In a detailed story on conservative news site “NOQReport.com” it was noted:

We cannot ignore the almost certain fact that President Obama was directly involved in this coverup, nor the even more likely fact that Speaker of the House Nancy Pelosi rushed into an impeachment investigation specifically to keep the focus on President Trump and not the sins of his predecessor. The Democrats knew Rudy Giuliani was asking all the right questions and William Barr was getting involved. If they didn’t stop it in its tracks, they would have been exposed for using the power of the White House to avoid a series of scandals with the vice president’s son. That’s why Eric Ciaramella was “volunteered” into being the whistleblower. It’s why the Deep State pushed it to the House through Rep. Adam Schiff. It’s why Pelosi launched the investigation a day before the transcript of the Ukraine call was to be released by the White House.

In early 2015, George Kent, acting deputy chief of mission at the U.S. Embassy in Kiev, Ukraine, told aides to Vice President Biden that he was concerned over a conflict of interest regarding Hunter Biden and his position on the board of Burisma. He reiterated this in a September 2016 email, declaring, “Furthermore, the presence of Hunter Biden on the Burisma board was very awkward for all U.S. officials pushing an anticorruption agenda in Ukraine.” In October 2015, senior State Department official Amos Hochstein echoed Kent’s concerns, directly telling both Vice President Biden, as well as his son, that Hunter Biden’s position on Burisma’s board represented an opportunity for Russian disinformation and could undermine U.S. policy in Ukraine. Kent and Hochstein are the only known American officials to have raised these concerns.

The Senate report also reveals that former Secretary of State John Kerry was lying when he was questioned about Hunter Biden’s role with Burisma at a Dec. 8, 2019 town hall event in New Hampshire. “I had no knowledge about any of that. None. No,” Kerry answered adamantly, but detailed evidence in Section V of the report contradicts him. Kent informed the committees that former Secretary of State for European and Eurasian Affairs Victoria Nuland wanted to send an anticorruption message in Ukraine and had referred to Ukrainian businessman Mykola Zlochevsky as an “odious oligarch.” Instead of following this objective of confronting oligarchs, Vice President Biden’s staff advised Kent to avoid commenting on Zlochevsky in December 2015, and instead recommended he say, “I’m not going to get into naming names or accusing individuals.” Hunter Biden was sitting on Burisma’s board as a “consultant” when Zlochevsky allegedly bribed officials working for Ukraine’s prosecutor general, Vitaly Yarema, to the tune of $7 million, in order to “shut the case against Zlochevsky.” Kent reported this bribe, which he described occurring in December 2014, to the FBI. Hunter Biden received Secret Service protection from 2009 until 2014, during a time when Burisma was lobbying U.S. officials.

The report detailed how Andrii Telizhenko, described by Democrats as a peddler of Russian disinformation, met at least 10 times with Elizabeth Zentos, a member of Obama’s National Security Council, as well as other administration officials. Democrat Party lobbying firm Blue Star Strategies contracted with Telizhenko as recently as the summer of 2019. Investigation showed that not only had Hunter Biden been paid more than $4 million for his work with the boards of Burisma and Archer, but he and his family also received additional millions from foreign nationals with dubious backgrounds. Devon Archer, Hunter Biden’s business partner, was documented as having been paid $142,300 by Kenges Rakishev of Kazakhstan, reportedly for a car, on the same day that Vice President Joe Biden appeared with Ukrainian Prime Minister Arsemy Yasenyuk and spoke to Ukrainian legislators in Kiev about Russia’s actions in Crimea. Hunter Biden also received a $3.5 million wire transfer from Elena Baturina, wife of the former Moscow mayor. Biden also accrued millions from his association with Chinese Communist nationals and the People’s Liberation Army. The report also recounts that Hunter Biden paid women who were allegedly linked to an “Eastern European prostitution or human trafficking ring.”

This kind of thoroughly documented corruption on the part of the Bidens makes a mockery of Donald Trump’s “impeachable offense” phone call with Ukrainian President Volodymyr.

This also sheds light on why Vice President Biden threatened to withhold $1 billion in aid to Ukraine unless they fired an allegedly corrupt investigator who was in the process of possibly exposing Hunter Biden’s questionable activities. 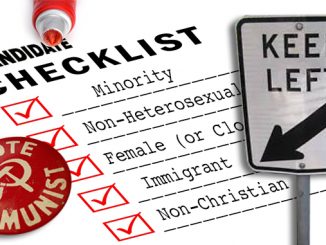