Joe Biden has never had a problem enriching his family at the expense of the U.S.A.

A new documentary, “Riding the Dragon: Uncovering the Bidens’ Chinese Secrets,” reveals how Democratic Party presidential candidate Joe Biden’s business dealings served the strategic interests of the Chinese military, even while he was serving as vice president of the United States. The film was produced by Lightspeed Pictures in association with Blaze TV and is narrated by bestselling conservative author Peter Schweizer.

“This is the remarkable and largely hidden story of the secret financial relationship between the Biden family and the Chinese government,” Schweizer notes in the film. The filmmakers utilized corporate records, financial documents, legal briefings, and court papers during their investigation. “It’s the story about the second most powerful man in the world at the time, and how his family was striking deals with America’s chief rival on the global stage,” Schweizer explained. Biden, incorporating his favorite expression, has declared that “China is not an enemy . . . not a problem . . . what are we worried about . . . come on, man!” The documentary questions why such a prominent American would seemingly welcome or even assist China’s efforts to become the world’s greatest superpower. “This isn’t just another story about a politician’s kid getting rich,” Schweizer declared. “Hunter’s new firm started making investment deals that would serve the strategic interests of the Chinese military.”

Joe Biden’s son Hunter, already the subject of much suspicion regarding his business dealings in Ukraine, accompanied his father to Beijing in December 2013 for what the film describes as a “series of sensitive meetings with Chinese officials.” Schweizer claims that “10 days after father and son returned to the United States, Hunter’s small investment firm [Rosemont Seneca Partners] announced a $1 billion private equity deal with the Chinese government.” Hunter apparently succeeded where corporate titans like Morgan Stanley and Goldman Sachs had failed. As Schweizer pointed out, “What’s interesting is, Hunter Biden had no real background in China, in finance, in private equity. In fact, Hunter had what might be called a spotty resume. He’d been addicted to cocaine, had an unsettled domestic life, and a brief attempt at a career in the U.S. Navy ended with a discharge over drug use. So why did the Chinese pick him?” Joe Biden responded to questions about all this in his characteristically incomprehensible manner, angrily declaring, “My son’s business dealings were not anything where everybody that he’s talking about not even remotely, number one.”

The film covers the FBI arrest of a Chinese businessman named Patrick Ho on bribery charges in the spring of 2017. Ho worked for an energy company with close ties to the Chinese military. “While he was in FBI custody, Ho made two phone calls. One of those, strangely, was to James Biden, Joe Biden’s brother,” Schweizer reported. Ho, a China General nuclear engineer, was connected to Bohai Harvest RST (Shanghai) Equity Investment Fund Management Co. (BHR) and BHR’s 2014 investment in the China General Nuclear Power Corp., formerly a state-owned power company. It appears as if the Biden family has powerful connections not only in Ukraine but in China, as well. Hunter was a board member of the Beijing-based BHR Partners investment firm. After BHR was founded in 2013.

Schweizer noted, “Hunter’s new firm . . . began making investment deals around the world that would serve the strategic interests of the Chinese government” as well as “the strategic interests of the Chinese military.” Among the shady deals covered in the documentary are a 2015 joint venture between BHR and China’s AVIC Auto, which is a subsidiary of the state-run Aviation Industry Corp. of China (AVIC), a maker of aircraft for the Chinese military, to purchase Henniges Automotive, an American auto-parts maker. Another deal involved BHR’s investment in Face++, a Chinese company that sells face recognition software. As Schweizer concludes, “The Bidens have cultivated very close relationships with members of the Chinese elite.” Schweizer also charged, “these deals didn’t just make the Bidens money—they had potentially dangerous consequences for our national security.”

Hunter’s 10% stake in BHR, from which he stepped down last October amid public pressure, is “worth millions of dollars and stands to be worth even more as its China partnership prospers.” Schweizer previously examined Hunter’s dubious board position for the Ukrainian gas company Burisma in his 2018 book Profiles in Corruption: Abuse of Power by America’s Progressive Elite. Questioning Joe Biden’s reluctance to criticize the powerful totalitarian regime, Schweizer charged, “To me, he became much more soft on Beijing when his son started getting very lucrative, exclusive deals courtesy of the Chinese government.”

In 2011, Vice President Biden proclaimed, “Let me be clear: I believed in 1979 and said so then, and I believe now that a rising China is a positive development not only for the people of China but for the United States and the world as a whole.” 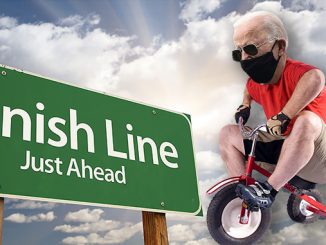