Expect raft of fake charges if Trump wins in 2020.

There is no evidence that Russia is interfering in the 2020 U.S. presidential election in order to reelect Donald Trump. Nor is there any reason for Russia to prefer Trump, who has done nothing for Russia. Indeed, Trump has imposed sanctions and endangered Russia by withdrawing from arms control agreements.

The claims of interference reported by The New York Times come from unnamed sources, described as “U.S. intelligence officials,” in a recent briefing of the House Intelligence Committee organized by Rep. Adam Schiff (D-Calif.). We do not even know if such claims were made or whether this is another of Schiff’s many inventions planted in the Times, Schiff’s partner in crime and fake news.

Schiff is the highly partisan chairman of the House intelligence committee. He was a driver of “Russiagate” and the subsequent effort to impeach Trump. He is a known liar, having been caught in numerous prevarications and misrepresentations. Schiff arranged these new claims of Russian interference in order that, in the event of Trump’s reelection, the Democrats can tie up Trump for the entirety of his second term with bogus charges just as they did Trump’s first term. In that way the Democrats, the political party of racial minorities, sexual perverts, and immigrant-invaders, can prevent Trump from politically organizing white Americans whose lives, careers, and safety have been harmed by global U.S. corporations transferring their jobs abroad and by the increasing attacks on white Americans as racists and “white supremacists.”

Despite the First Amendment, white Americans are losing the right of free speech, because if they “offend” a protected category of person when they exercise their free speech right, they risk being fired from their job and being investigated for a “hate crime,” a crime that can only be committed by white people. White Americans are slowly being marginalized, and, rightly or wrongly, they see Trump as a protector.

If intelligence officials actually made the claim of Russian interference, money is the reason. The intelligence community gains more power and a larger budget the more threats, real or imagined, that can be claimed. The intelligence community, which has badly served Trump during the Russiagate and Impeach-gate hoaxes, is worried that they will experience cutbacks during Trump’s second term. Therefore, they are determined to keep the “Russian threat” alive.

Powerful private interest groups also interfere. Candidates who stand for election need their campaigns financed by Wall Street and the banks, the military-security complex, the extractive industries (energy, mining, and timber), agribusiness, the pharmaceutical corporations, real estate interests, and so on.

The political parties themselves interfere by rigging electronic voting machines, by making voting difficult for supporters of the opposite party by such means as culling voting lists and providing an insufficient number of voting precincts for all to vote. Democrats have also been noted for voting graveyards by stuffing ballot boxes with votes of dead people.

Many U.S. elections are simply stolen. Many Democrats believe, not without reason, that the Supreme Court stole the 2000 presidential election for George W. Bush.

The obvious conclusion is that even if Russia tried to influence the election, Russia’s efforts would be insignificant compared to the many powerful forces interfering in American elections.

So what is the purpose of stressing Russian interference? Moreover, the complaint of interference doesn’t set well coming, as it does, from the U.S., whose government has massively interfered in foreign elections—recently Honduras, Venezuela, Ecuador, Bolivia, Brazil—and invades and overthrows governments—recently Serbia, Georgia, Iraq, Libya, Ukraine, and almost Syria—when election interference is not possible.

Schiff might succeed in tying up Trump’s second term. Trump’s patriotic American base has been successfully brainwashed by neoconservatives to view Russia as a dire threat to the United States. This indoctrinated view of Trump supporters and right-wing talk radio makes unfounded charges of Russian interference believable to flag-waving Americans. The consequence is that Trump’s base is susceptible to Democrat charges that Trump has sold out America to Russia. If you listen to Sean Hannity and Rush Limbaugh, what you hear is: “Yes, Russia interfered in our election, but it had nothing to do with Trump.” So, Schiff will ask, “Why hasn’t Trump stopped Russia from re-electing him?”

A country ruled by propaganda and disinformation has no capability of knowing what its interests are, much less how to defend the unknown interests. A brainwashed population cannot hold on to its country.

Americans have been brainwashed to believe that multiculturalism, that is, a flood of non-European ethnicities becoming a majority of the population, is in their best interest. Americans are told that a flood of non-European immigrants are needed to provide business energy and innovation and to prevent population decline by having high birth rates. White Americans are told that it is in their interest to become a minority that can be dispossessed by the “replacement population.”

As the entirety of the Democrat Party has swallowed this line, what happens when one of them again becomes president? 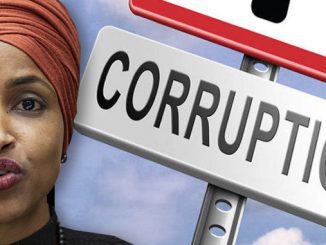