World leaders are questioning the veracity of claims Syria’s Bashar al-Assad used chemical weapons against his own citizens—and the legality of the U.S.’s retaliatory cruise missile attack on a Syrian air base. In the U.S., citizens who supported Donald Trump during his presidential campaign are now questioning the veracity of his pledge to follow a non-interventionist policy when it comes to America’s military.

Betraying his campaign pledges to pursue an America-first foreign policy and entirely contradicting his previous criticisms of America’s disastrous foreign policy in the Middle East—epitomized by the endless wars based on lies and false “intelligence” being waged against various Muslim countries in the region—President Donald Trump launched an airstrike targeting a Syrian airbase that was allegedly home to the Syrian warplanes that carried out a purported chemical attack against civilians earlier this month.

American officials have insisted that Syrian President Bashar al-Assad ordered an attack on civilians using sarin gas, a deadly chemical weapon that is banned by the UN. When announcing his decision to launch the airstrike, which consisted of 59 Tomahawk cruise missiles being fired at Al Shayrat Airfield where the alleged chemical weapons attack originated, President Trump declared that the strike was in the “vital national security of the United States to prevent and deter the spread and use of deadly chemical weapons.”

“There can be no dispute that Syria used banned chemical weapons, violated its obligations under the Chemical Weapons Convention and ignored the urging of the UN Security Council,” President Trump went on to insist. “Years of previous attempts at changing Assad’s behavior have all failed and failed very dramatically.”

Syrian President Assad has denied he ordered the attack, and has insisted that his regime gave up all of its chemical weapons in 2013. In a controversial interview shortly after the alleged attack with Agence France-Presse (AFP), which has since been deleted from the world renowned news outlet’s website, Assad vehemently denied responsibility for the attack that purportedly took place in the Syrian town of Khan Shaykhun, describing the event as a “100% fabrication.”

“Our impression is that the West, mainly the United States, is hand-in-glove with the terrorists,” he told AFP in the interview. “They fabricated the whole story in order to have a pretext for the attack.”

Assad went on to question the validity of the dramatic videos depicting the alleged attack, which were shown on major media outlets across the globe and used to justify an American military response to the purported attack. Assad stated it was “not clear” to him and his government whether an attack took place at all, but if an attack did take place, his government was not responsible.

“You have a lot of fake videos now,” Assad stated. “We don’t know whether those dead children were killed in Khan Shaykhun. Were they dead at all?”

Russian President Vladimir Putin has been equally skeptical of the alleged attack and America’s response. During a press conference shortly after the alleged chemical attack, Putin suggested that the situation reminded him of the lead-up to the American invasion of Iraq in 2003, which was based on entirely fabricated intelligence and outright lies.

“The military campaign was subsequently launched in Iraq and it ended with the devastation of the country, the growth of the terrorist threat, and the appearance of Islamic State on the world stage,” Putin noted.

Putin also suggested the alleged attack may have been a Western-created provocation or false-flag attack designed to justify a military strike against Syria. “We have reports from multiple sources that false flags like this one—and I cannot call it otherwise—are being prepared in other parts of Syria, including the southern suburbs of Damascus,” RT quoted Putin as stating at the press conference. “They plan to plant some chemical there and accuse the Syrian government of an attack.”

The Russian government has urged the UN to launch an objective investigation into the alleged attack, and bring their results and conclusions to the international community.

“We are planning to address the corresponding UN structure in The Hague and call on the international community to thoroughly investigate all those reports and take appropriate action based on the results of such a probe,” Putin stated.

American officials, including President Trump and his Secretary of State Rex Tillerson, have used increasingly bellicose and hostile rhetoric towards Russia and Syria, even going so far as to accuse Russia of knowing in advance the Syrians were planning a chemical weapons attack. A declassified U.S. intelligence report published last week not only concludes Syria’s government ordered the sarin gas attack, but also argues Russia is helping Syria cover up its alleged crimes.

“The United States is confident that the Syrian regime conducted a chemical weapons attack, using the nerve agent sarin, against its own people in the town of Khan Shaykhun in southern Idlib Province on April 4, 2017,” the document states. “The Syrian regime and its primary backer, Russia, have sought to confuse the world community about who is responsible for using chemical weapons against the Syrian people in this and earlier attacks.”

The report goes on to argue that Russia “spins out multiple, conflicting accounts in order to create confusion and sow doubt within the international community.”

Putin, for his part, told Israeli Prime Minister Benjamin Netanyahu that it was “unacceptable” to make “groundless accusations” of such a magnitude before an impartial investigation was conducted. Israel and Jewish neoconservatives with close ties to the Zionist state have played a leading role in promoting an aggressive American foreign and military policy in the Middle East, and were largely responsible for the disastrous wars in Iraq, Libya, and other Muslim-majority nations in the region.

Virtually the entire American political and media establishment has supported President Trump’s strike against Syria, and have actively participated in the hysterical demonization of both Assad and Putin. Sen. Rand Paul (R-Ky.) and Rep. Tulsi Gabbard (D-Hawaii) are two notable exceptions, as both congressional leaders have criticized President Trump’s moves in Syria. Gabbard has even expressed skepticism and doubt about whether Assad was truly behind the alleged chemical weapons attack, drawing the ire of more establishment Democrats. Her justifiable skepticism has led liberal leaders to demand Hawaiians vote her out of office in the next election.

“Why should we just blindly follow this escalation of a counterproductive regime-change war?” Gabbard asked, while defending her skepticism during a recent interview with CNN.

As is generally the case, those criticizing America’s warmongering are attacked and slandered as “unpatriotic” and “un-American,” while leading cheerleaders for more war and mayhem receive praise and adoration. 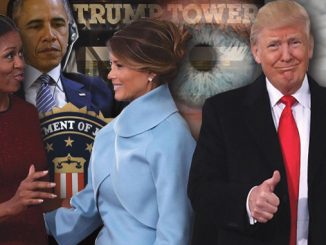 Who Was Really Behind Wiretapping Donald Trump and His Campaign Aides? 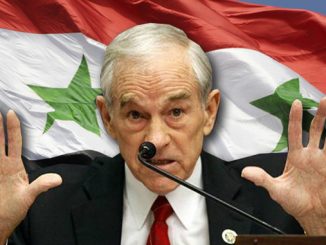 5 Comments on Why Did Trump Betray Campaign Pledges on Syria, Assad, Russia?