There is so much fake news circulating about North Korea, it’s hard to know what’s really the truth. Is North Korea’s Kim Jung-Un really interested in nuking the U.S.? Will China and Russia rally behind the U.S. military if the U.S. attacks? You may be surprised when you read Dr. Johnson’s commentary below.

The U.S. Navy is making its way to Korean waters. Stealth bombers are now on alert in South Korea and Japan. If you believe the mainstream media, this is all because North Korea is threatening the world with nuclear annihilation. But what is the truth, and who is really to blame for ratcheting up tensions in Asia?

Regardless of one’s views on Pyongyang, the North Koreans have not sought to conquer anyone and seek nothing but to be left alone. The North Korean military has been dug in and waiting for a Southern or American attack for decades. Its population is used to drills and civil defense procedures to fight such an attack.

North Korea tested its first nuclear weapon in 2006. However, it seeks to be a nuclear power to deter attacks from the much larger American, Japanese, and Southern forces.

In October 2016, North Korea made this principle clear. To speak of Kim Jong-Un’s “threats” against the U.S. while the U.S. engages in almost monthly military exercises against North Korea is absurd and masks a larger agenda. 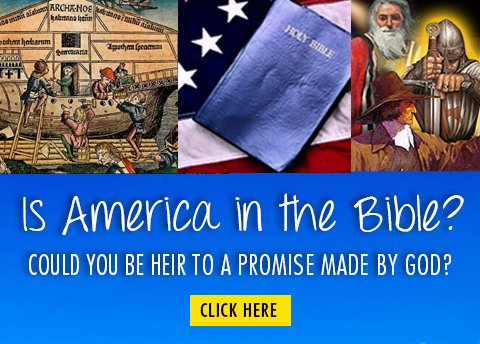 The U.S. has said it will attack the North if a weapons test were carried out, but many such tests have taken place in the North in the past. Regardless, this is not legal grounds for a preemptive military strike, let alone a nuclear one.

The incessant American press mantra that China and North Korea are on the verge of becoming enemies is also false. The opposite—as usual—is the case.

Decades of nuclear tests have not harmed Pyongyang-Peking relations. China has never, in any form, said it will bomb Korea’s nuclear facilities. In fact, China’s ambassador to the UN, Liu Jieyi, blamed the U.S. for the escalation in the region.

Importantly, China has no incentive to see an American victory in Asia against a friendly power. It was only a few months ago that Washington was trying to start another war, this time against China, in the South China Sea. To suggest that China will break with a long-time ally in favor of U.S. imperialism is not just arrogant; it is grossly naive.

So what is the truth about North Korea?

There is no doubt the West is peddling fabrications about North Korea. That is because much of the information reaching the public comes from defectors, who have every reason to exaggerate. In 2014, The Guardian in the UK exposed many defector stories as false.

For example, Shin Dong-hyuk travels around the world, lecturing about the “death camps” in North Korea, yet he speaks with a pronounced Southern accent. His book and various videos have been exposed as frauds. Others, who supposedly were experimented on in North Korea before fleeing for their lives, have also been revealed to be telling tall tales.

It is this false information that is used to justify keeping American troops in South Korea as well as running exercises meant to train assassins to murder the North Korean head of state.

It is worth noting that Russian reports do not show North Korea as a starving, totalitarian country. According to Russian news outlets, the poverty that does exist there is largely due to North Korea’s need to divert over 50% of its budget to the military. Long-time sanctions on the country also depress its economy.

A revitalized Russia under Vladimir Putin has modernized portions of the North, while China supplies much of its energy needs. In 2014, Russia announced $25 billion in investment projects in the North.

There is now even a burgeoning middle class, and the automotive market has taken off.

North Korea is not to be underestimated. Russian and NATO analysis reported as late as December of last year that Pyongyang’s military technology is better than previously thought.

The South far exceeds the North in military technology, but South Korea remains a deeply divided society. In the event of war, South Korean forces would come under American, not Korean, command. South Koreans, as their history of anti-American rioting have shown, might not be willing to kill fellow Koreans for American interests.

The very large North Korean forces have a great superiority in tanks, artillery pieces, and infantry. The North has almost 100 submarines, while the South has just over 20.

As for aircraft, the North and South are equal in terms of numbers, but the quality certainly favors the South.

Outside of nuclear weapons, the North has pioneered the development of “midget submarines,” very hard to detect, that can be produced in large numbers and can swarm enemy ships. Further, two very dangerous artillery pieces in the North Korean arsenal are the 170mm Koksan howitzers and MRL-240 rocket launchers. The KN-2 Toksa is a fairly advanced ballistic missile system taken from the Russian SS-21 class.

Compare that to the U.S. military, which is overstretched and involved in several continents. The U.S. has been building up forces in the Baltics and Romania, and now is seeking to move into Syria.

In March, China offered a deal by which the North would end all nuclear tests in exchange for the complete cessation of drills by the Americans and the South. It was angrily rejected by Washington.

President Donald Trump’s secretary of defense, Gen. James Mattis, a fervent neocon, stated, “We are working diplomatically, including with those that we might be able to enlist in this effort to get North Korea under control.”

Immediately after this statement, he attacked Russia, saying, “[Russia’s] violations of international law are now a matter of record.” This was in reference to Crimea. He then trailed off, saying they shouldn’t be “mucking around inside other people’s elections and that sort of thing.”

North Korean Vice Foreign Minister Han Song Ryol said the Trump administration has been the most provocative of any in recent memory.

Han calls the nuclear weapons program a “self defense” system against a militarily superior West and South.  He reiterated that there is no desire for a preemptive strike against the U.S., but the American media is saying otherwise.

Matthew Raphael Johnson is an author and historian whose area of special expertise is Slavic studies. He is also an acknowledged authority on the history of nationalism and nationalist movements. He is the author of Russian Populist, a book detailing the political thought of Vladimir Putin.

3 Comments on Can We Get the Truth About a Possible North Korea Showdown?