Recent developments in the ongoing legal battles stemming from the Unite the Right (UTR) rally in Charlottesville, Va. in the summer of 2017 have many outside observers in a state of shock at the level of corruption in the American judiciary.

In late February, U.S. Western District Court of Virginia Federal Judge Norman Moon dismissed a lawsuit brought in part by Jason Kessler, one of the leading organizers of the Unite the Right rally and a local Charlottesville resident, against Charlottesville and state of Virginia officials for failing to protect the First Amendment rights of rally goers. In the lawsuit, Kessler argued that city and state officials violated his and other UTR attendees’ free speech rights by essentially allowing a “heckler’s veto” of the legally sanctioned rally after radical left-wing counter protesters disrupted the event, resulting in local and state officials shutting down the event.

City and state officials, as well as local and state law enforcement, were well aware of potential violence and disruption of the rally by left-wing and antifa counter-protesters yet failed to secure the venue and prevent conflicts and physical confrontations from occurring. It was later revealed by an independent investigation that many local and state officials sought to justify shutting down the event by purposely allowing such conflicts to spiral out of control.

In his ruling, Moon bizarrely argued that Kessler’s allegations that city and state officials “failed to prevent private parties from mutually engaging in violence that led to the declaration of an unlawful assembly did not state a claim for the violation of a constitutional right.”

Kessler recently spoke with AFP to offer more insight into this case and other discoveries he has made about Moon and his staff of law clerks, who appear to have disturbing conflicts of interest in this case.

“The recently dismissed Kessler vs. Charlottesville litigation is the farthest we’ve been able to get in holding Charlottesville accountable for the ‘Heckler’s Veto’ actions of Aug. 12, 2017,” Kessler explained to this reporter. “Our attorneys have been extremely careful and deliberate about making sure we had impeccable research and an unimpeachable legal claim. That is partly why this process has carried on over so many years. We even voluntarily dismissed an earlier version of the lawsuit just to make sure that we re-filed with a stronger facts section and more solid legal arguments.”

“This is why it was such a shock when Moon dismissed the case,” Kessler continued. “His legal arguments were way off base and he could only have come to the conclusions he did out of pure political bias.”

Following Moon’s dismissal, Kessler began an investigation into the law clerks serving Moon and the blatant corruption within his court. Moon is also presiding over a separate lawsuit relating to the UTR rally known as Sines vs. Kessler, which is being funded and supported by Roberta Kaplan, a high-profile attorney, and her organization Integrity First for America. Kaplan and Integrity First for America, through their Sines vs. Kessler lawsuit, are essentially engaging in “lawfare” against virtually all of the key organizers and organizations involved in the UTR rally, attempting to portray the defendants as violent right-wing extremists who were determined to engage in premeditated political violence and terrorism during the rally.

“Both of the law clerks found to be writing Moon’s opinions are personal best friends of lead plaintiff Elizabeth Sines,” Kessler told this reporter, highlighting the recent discoveries he and his supporters have uncovered. “One of the two clerks also worked at the New York State Attorney General’s office with Amy Spitalnik, a leading fundraiser for Integrity First for America and a lead counsel in Sines vs. Kessler. Integrity First is the nonprofit funded by billionaires which is suing UTR attendees. There is further evidence that one of the clerks has ties to allegedly anti-fascist groups (‘antifa’) and the other met with Sines on Aug. 12 and is therefore a material witness. That is a huge ethical violation.”

Moon’s team essentially has ties to some of the key players involved in litigation he is directly presiding over, a clear conflict of interest.

“Right now, we are looking at filing motions for recusal of Moon and his two law clerks,” Kessler explained. “It goes without saying that we were always going to appeal the bogus dismissal of our offensive lawsuit against the Charlottesville government. But the fact that Moon’s opinion is legally flawed and biased by these two clerks means that we may not even have to appeal. First, we may be able to file a motion to have the dismissal vacated out of hand. These are both options that we are mulling, and I would expect to see movement on this very soon, possibly by March 6.”

John Friend is a freelance write based in California. 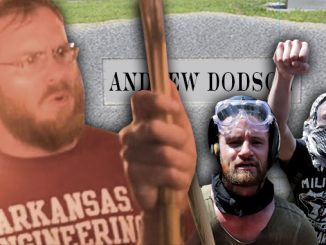