It now appears that a move on the part of Sen. Rand Paul (R-Ky.) to delay the full release of the Mueller report was doomed from the start, but it is worth emphasizing that Paul was never acting out of acute partisanship. Rather, from the start, he has been making the case that a full investigation of the funding behind the dossier created by former UK spy Christopher Steele on Donald Trump be made public so Americans can learn for themselves what prompted the Trump-Russia collusion investigation.

Referring to the discredited dossier that was the basis behind the fervency of Russiagate’s truest believers, Paul stated, “What we don’t know is, was President Obama told that the evidence to get this investigation started was paid for by the Hillary Clinton campaign?”

Paul is calling for the release of communications between Obama-era officials, including former FBI Director James Comey and former CIA Director John Brennan. In pushing for the communications to be released, Paul says he simply wants the “entire story to be told.”

The Steele dossier was the origin of the mainstream media’s single-minded obsession with Russiagate. Now that it has proven to be baseless, its original financing is under wide-scale investigation by the alternative media. Paul is urging a deeper analysis of the document that was Russiagate’s ground zero.

The Steele dossier is named after former MI6 officer Christopher Steele, who was hired by Fusion GPS to use his expertise on Russian matters to investigate then-candidate Donald Trump’s ties to Vladimir Putin’s Russia. Steele was the former Moscow station chief for MI6, the British version of the CIA. The document Steele produced was written in the style of an intelligence report, rife with unnamed sources and consisting of a series of serious, scandalous accusations.

The Steele dossier contained six major claims of collusion: that Trump had cooperated with Russian authorities for years, that Trump was vulnerable to Russian blackmail due to sexual matters that had occurred in Russia, that a “well-developed conspiracy of cooperation” existed between Trump and Russia, that Trump campaign officials promised the Russians policy concessions in exchange for delivering stolen DNC emails to WikiLeaks, that campaign adviser Carter Page played a major role in the collusion, and that Trump lawyer Michael Cohen managed Trump’s relations with Russian agents.

In April 2016, attorney Marc Elias retained Fusion GPS through his law firm Perkins Coie and on behalf of the Democratic National Convention and the Hillary Clinton campaign. Fusion GPS is a D.C.-based research and intelligence company that specializes in political inquiries such as opposition research. The bills were paid by the campaign and the DNC, though today both the Clinton campaign and the DNC claim they were not aware of the details behind Fusion’s 2016 investigations.

It is now clear that the Steele dossier was a product of Clinton campaign opposition research. The intelligence community should henceforth investigate whether Steele was either purposely duped by Russian agents or knowingly colluding to produce a false document.

A valid question is being asked about Russian collusion: Did Steele collude with Russian officials to produce a falsified document in order to benefit the Clinton campaign? To prove the answer is yes, it would have to be shown that Steele’s motivation was either directly political or was financial by way of a knowingly political motivation, e.g., Steele was doing it for the money, while knowing the result the Clinton campaign and Fusion GPS wanted. If so, this would absolutely be a real case of campaign collusion with Russian officials.

Matthew Yglesias and Andrew Prokop of the news website “Vox” explained the turn in use that the Steele dossier has taken. “Consequently, congressional Republicans who once supported the idea of investigating the Trump-Russia nexus have basically flipped around and are now primarily investigating the investigators—with the dossier now serving as an exhibit for the defense rather than the prosecution,” Yglesias and Prokop wrote.

Paul is one of the few senators with the ability and foresight to see the inherent precedents that have been set by the Russiagate investigation. Commenting on the long-term dangers of falsely ignited investigations, Paul said, “I think it’s very important that we not turn our country into this back and forth where each successive party tries to use the apparatus of government to investigate the previous president.” 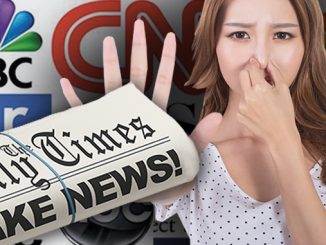