News Ticker
Robert Mueller is on a “Trump hunt,” says Pat Buchanan, and the president’s legal team should not allow him to testify in what has become an obvious “perjury trap.”
By Patrick J. Buchanan

Asked if he would agree to be interviewed by Robert Mueller’s team, President Donald Trump told the White House press corps, “I would love to do it . . . as soon as possible. . . . under oath, absolutely.”

On hearing this, the special counsel’s office must have looked like the Eagles’ locker room after the 38-7 rout of the Vikings put them in the Super Bowl.

If the president’s legal team lets Trump sit for hours answering Mueller’s agents, they should be disbarred for malpractice.

For what Mueller is running here is not, as Trump suggests, a “witch hunt.” It is a Trump hunt.

After 18 months investigating Trumpian “collusion” with Putin’s Russia in hacking the DNC’s and John Podesta’s emails, the FBI has hit a stone wall. Failing to get Trump for collusion, the fallback position is to charge him with obstruction of justice. As a good prosecutor can get a grand jury to indict a ham sandwich, the tactic is understandable.

Mueller’s problem: He has no perjury charge to go with it. And the heart of his obstruction case, Trump’s firing of FBI Director James Comey, is starting to look like something Trump should have done sooner.

Consider what is now known of how Comey and the FBI set about ensuring Hillary Clinton would not be indicted for using a private email server to transmit national security secrets.

The first draft of Comey’s statement calling for no indictment was prepared before 17 witnesses, and Hillary, were even interviewed.

Comey’s initial draft charged Clinton with “gross negligence,” the requirement for indictment. But his team softened that charge in subsequent drafts to read, “extreme carelessness.”

Attorney General Loretta Lynch, among others, appears to have known in advance an exoneration of Clinton was baked in the cake. Yet Comey testified otherwise.

Also edited out of Comey’s statement was that Hillary, while abroad, communicated with then-President Obama, who had to see that her message came through a private server. Yet Obama told the nation he only learned Hillary had been using a private server at the same time the public did.

A trial of Hillary would have meant Obama in the witness chair being asked, “What did you know, sir, and when did you know it?”

More information has also been unearthed about FBI collusion with British spy Christopher Steele, who worked up—for Fusion GPS, the dirt-divers of the Clinton campaign—the Steele dossier detailing Trump’s ties to Russia and alleged frolics with prostitutes in a Moscow hotel. 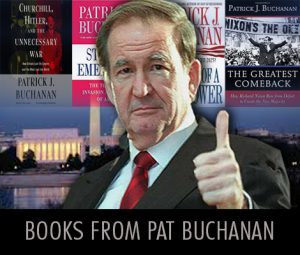 While the Steele dossier was shopped around town to the media, which, unable to substantiate its lurid and sensational charges, declined to publish them, Comey’s FBI went all in.

Not only did the Steele dossier apparently trigger a wider FBI investigation of the Trump campaign, it served as the basis of FBI requests for FISA court warrants to put on Trump the kind of full-court press J. Edgar Hoover put on Dr. King for the Kennedys and LBJ.

Amazing. Oppo-research dirt, unsourced and unsubstantiated, dredged up by a foreign spy with Kremlin contacts, is utilized by our FBI to potentially propel an investigation to destroy a major U.S. presidential candidate. And the Beltway media regard it as a distraction.

An aggressive Republican Party on the Hill, however, has forced the FBI to cough up documents that are casting the work of Comey’s cohorts in an ever more partisan and sinister light.

This cabal appears to have set goals of protecting Obama, clearing Hillary, defeating Trump, and bringing down the new president the people had elected, before he had even taken his oath.

Not exactly normal business for our legendary FBI.

What have these people done to the reputation of their agency when congressmen not given to intemperate speech are using words like “criminal,” “conspiracy,” “corruption” and “coup” to describe what they are discovering went on in the FBI executive chambers?

Bob Mueller, who inherited this investigation, is sitting on an IED because of what went on before he got there. Mueller needs to file his charges before his own investigation becomes the subject of a Justice Department investigation by a special counsel.

As for Trump, he should not sit for any extended interview by FBI agents whose questions will be crafted by prosecutors to steer our disputatious president into challenging or contradicting the sworn testimony of other witnesses.

This a perjury trap.

At bottom, this is a political issue, an issue of power, an issue of whether the Trump revolution will be dethroned by the deep state it was sent to this capital to corral and contain.

If Trump is guilty of attempted obstruction, it appears to be not of justice, but obstruction of an injustice being perpetrated against him.

Trump should be in no hurry to respond to Mueller, for time no longer appears to be on Mueller’s side.

FBI Mole Cried About Russia Collusion in the Past

2 Comments on In a Trump Hunt, Beware the Perjury Trap