Special prosecutor Robert Mueller is questioning Roger Stone, Jerome Corsi, and associates in a last-ditch effort to get President Trump.

Dr. Jerome Corsi has jumped out of the frying pan and into the fire. The former Washington, D.C. bureau chief for Alex Jones’s Infowars website testified once before a grand jury tied to the Robert Mueller investigation on Sept. 7. He is currently submitting to a series of interviews and will appear before the grand jury again. Mueller’s investigative team is overtly circling famed Republican operative Roger Stone’s closest Trump-era associates, waiting to pounce at any hint of Russian collusion.

It is likely that Mueller already knows the answer to the questions being posed to Corsi. The formality, then, is the offering up of rope so that Corsi, Stone, or another associate can legally hang themselves if they do not answer honestly.  New York comedian-activist Randy Credico and the former Manhattan Madam and gubernatorial candidate Kristin M. Davis, both former associates of Stone, have already been interviewed. ABC News is reporting that at least 11 associates of Stone have been contacted by the special prosecutor.

Corsi has built a career as a conspiracy theorist who leads charges. He has produced works on JFK, 9/11, the politics of oil, and the theory that Hitler escaped Germany at the end of World War II. However, his most notable achievements concern the mini-movements he helped fashion. He was the most public voice for the Swift Boat Veterans for Truth against John Kerry in 2004, he held a press conference in 2007 to call for George W. Bush’s impeachment over 9/11 truth, and he was at the genesis of “birtherism,” the idea that Barack Obama was born in Kenya and not in Hawaii. In this, he had an ally in Trump. Recently, he has been one of the most vocal proponents of QAnon.

When Jones announced the addition of Corsi to the Infowars staff, he bragged that Corsi and Trump had been acquainted for “40-plus years.” Corsi has appeared with Stone on a variety of Infowars programs.

Corsi’s attorney, David Gray, has said that Corsi “fully intends to comply with the subpoena.” Gray suspects that a majority of the questions presented to Corsi will be designed to delve into the conversations his client had with Stone: Was Stone the pivot between Trump and WikiLeaks? When did Stone know that WikiLeaks had emails from the Democratic National Convention? And had Stone ever contacted WikiLeaks founder Julian Assange?

Stone has been a provocateur in Republican politics since the Watergate era. Driven by a hard edge, a luxurious wardrobe, and killer instinct for the deeper machinations of partisan politics, he has been sought out by presidents and pundits, PR firms and pontificators. After Lee Atwater passed away in 1991, Stone ascended to first chair of the political strategists that politicians need and commentators hate. He is someone who controls the message ahead of the mainstream media, which also makes him the bane of opposition journalists in the field.

It is likely that Mueller will not end this investigation without justifying his appointment via American indictments. As Corsi wrote in his most recent book, Killing the Deep State: The Fight to Save President Trump, “If Special Counsel Mueller fails to produce an indictment specifically charging someone in the Trump campaign with ‘Russian collusion,’ he will begin to justify Trump’s charge that his investigation is a ‘witch hunt.’ ”

If Trump, the whale in this political sea, cannot be indicted, then Mueller seems to be satisfied with the trophies of a few sharks. If Corsi has information useful to Mueller, the special prosecutor’s office will soon have it. If so, that may, in turn, help build a case against Stone, Corsi’s recent colleague.

At age 72, Corsi may not risk prison time in exchange for party loyalty. In 2007, Corsi had said that he was not even a Republican, blaming the moment of self-realization on the fact that the more moderate “Rockefeller wing” still controlled the party. In 2008, he considered accepting the nomination of the Constitution Party for president but withdrew before the convention.

Stone is also one of D.C.’s coolest characters. If he is worried, it won’t show. He will continue to push the narrative he wants believed. 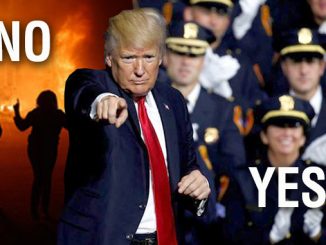