Readers are asking for my thoughts about the midterm elections. Looking at political maps, it seems that except for thin areas of the Northeast and West Coasts and Hispanic and black enclaves in the Southwest and South, the country overwhelmingly voted Republican.

In my opinion, flyover America voted Republican because the “deplorables” want to defend President Donald Trump. They want to defend him for two reasons. One is that he spoke to their economic plight caused by the U.S. corporations exporting their jobs, leaving the American workforce and middle class hard-strapped.

The other is that the adoption of identity politics by the Democratic Party has made the Democrats the party that hates white people—especially white heterosexual males who are defined as the victimizer of minorities, homosexuals, and women. It takes a really stupid white person to vote for Democrats who see white people as the problem.

This hate makes whites the Democratic Party’s victims. Thus, the Democrats lose the white vote but gain the “victim” vote. Immigration ensures that eventually the “victim” vote will be greater than the white vote, in which case under the rule of the Democrats’ identity politics, white people in America will become the victimized group. Indeed, if you pay attention to what many Democrats are saying, that is their intention. According to reports I have read recently, 75% of Democrats want to impeach Trump. The reports do not say why. I think the only reason is hate. Trump is the epitome of the billionaire white male oppressor who “grabs women by the [expletive deleted].”

There you have it.

What I find extraordinary is that Trump, although on the Republican ticket, ran as a Democrat. He was for peace with Russia. He was for jobs for the working class. Peace and jobs are Democratic slogans. But Democrats hated him, because he is the epitome of the oppressive white male, and this irrational hate led them into an alliance with the military-security complex, which strongly opposes peace with Russia, as such a peace threatens their budget and power. The Democrats, working hand-in-hand with the Deep State, have blocked peace with Russia and have championed mass third-world immigration into the U.S., which will further wreck the economic existence of the working class, in order to gain Democratic votes from third-world immigrants to offset the lost American working-class votes.

The Democrats apparently do not understand that the jobs for the illegal aliens depended on the middle-class incomes of the American work force. With these incomes vanishing, illegal aliens no longer come for non-existent jobs; they come to collect welfare paid for by Americans who have lost their livelihoods.

This would not mean that the future is rosy. The Democrats have forced Trump into an aggressive stance toward the rest of the world. It is aggression that the U.S. cannot back up. Can  Trump with his bully personality back down?

Dr. Paul Craig Roberts was assistant secretary of the U.S.Treasury under President Ronald Reagan and was associate editor and columnist at The Wall Street Journal. He has been a professor of economics in six universities and is the author of numerous books available at www.AmericanFreePress.net. 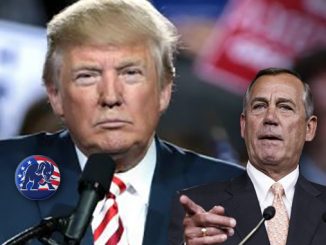