In its ongoing efforts to bring attention to alternatives to the Democrat-Republican duopoly, the Free and Equal Foundation hosted its second debate of 2020, via livestream, featuring five alternative presidential candidates on Oct. 8 in Denver. Archived at www.freeandequal. org, the debate, moderated by the foundation’s founder Christina Tobin, welcomed the American Solidarity Party’s Brian Carroll, the Independent Party’s Brock Pierce, the Constitution Party’s Don Blankenship, the Green Party’s Howie Hawkins, and the Party for Socialism and Liberation’s Gloria La Riva. Try though they might, these candidates (and additional alternative candidates such as the Libertarian Party’s Jo Jorgensen, who is on the ballot in all 50 states), cannot get even an honorable mention from the mainstream press, nor will the Commission on Presidential Debates, which every election cycle gives us red-versus-blue “boxing matches,” acknowledge their existence.

In Denver, there was considerable unanimity on certain issues, especially the surveillance state and the malpractices of the mainstream media and social media companies.

Blankenship, who for many years was a Republican, said that Democrats and Republicans at the national party level are more connected than most people think. He said the way it works is that party leaders leak rumors to the press and send signals to the media when it’s time to destroy undesirables.

Blankenship, whose appearance at a Michigan Constitution Party conference July 25 was covered by AFP, added that First and Fourth Amendment protections clearly apply to digital property, including one’s personal information, just as much as they apply to physical information and belongings, therefore, “all this surveillance has to end.”

And while Blankenship summarized that balancing legitimate intelligence gathering with such protections is important, Hawkins upped the ante and called for freeing WikiLeaks founder Julian Assange and NSA dissident Edward Snowden.

“We need a new Church Commission like we had in the 1970s,” he said, referring to the special panel that Rep. Frank Church convened to investigate the CIA. “When whistleblowers leak the documents, free them, don’t throw them in jail.”

Carroll chimed in that the big social media and internet companies—YouTube, Twitter, Facebook, Instagram, and Google—need to be “broken up” via anti-trust suits by the government. He added that as fewer and fewer entities own the media, its concentration of power grows, even while local newspapers close or experience massive layoffs. He suggested public funding for rescuing some media, especially local media, to help halt these trends.

Pierce said that the personal data today’s social media robber barons collect from individuals without their express consent is more valuable than the oil and gold mined by yesteryear’s robber barons. He concurred with pardoning Assange and Snowden while lamenting that no one knows how much or what personal data is being mined and exactly what is done with it.

Ms. La Riva said she agrees with pardoning Assange and Snowden along with dismantling much of the surveillance apparatus itself. “Every phone call is documented, every phone call is listened to live,” she claimed. While declaring that although Americans can talk about trimming or seriously turning back the spy state, she believes the real problem is the capitalist system itself—thereby making the common mistake in believing that the dominant model of monopoly capitalism is the only species of capitalism in existence. In truth, far more democratic and humane models of populist-capitalism are within our reach if the citizens and optional parties could concur on the mother of all issues—the need to end the debt-based money system and the usury and mega-corruption that are its chief characteristics.

Greater contrasts within these optional parties can be found in social issues, with Blankenship being the staunchest opponent of abortion and the most open advocate for instilling politics with foundational Christian values.

To be sure, getting new parties into power would not altogether solve the nation’s ills. Yet it should bother Americans that the “reds” and the “blues” appear to be eternal opponents even as their respective party machines, utilizing the leverage of the Commission on Presidential Debates, have a lock on the system to keep out “interlopers,” making it exceedingly hard for so-called minor party candidates to even get on the ballot in the first place—let alone get elected.

Free and Equal Foundation founder Christina Tobin calls the dominant election system highly divisive by its very nature, since it forces most people to vote against whomever they despise the most, rather than who they really support. While there are exceptions to that, it’s clear that our “democratic republic” is not very democratic and has a number of snares and “trap doors” to prevent public power from growing. 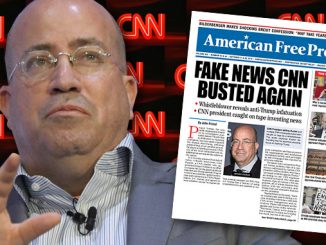