The DNC is working to keep Gabbard out of presidential debates.

The Democratic Party has clamped down on its only anti-war presidential candidate, Rep. Tulsi Gabbard (DHawaii). In an attempt to trim the countless numbers of presidential aspirants, the party issued a decree that to continue to participate in the next round of debates, a candidate had to have achieved a rating of 2% or higher in at least four polls approved by the Democratic National Committee (DNC). While Gabbard has exceeded 2% in 26 national and state polls, including those run by establishment outlets like The Economist and the Boston Globe, only two of them are on the DNC’s “certified” list. Journalist Michael Tracey of “RealClearPolitics.com” wrote, “Tulsi Gabbard is on the verge of being excluded from the next Democratic presidential debate on the basis of criteria that appear increasingly absurd.”

Gabbard memorably demolished establishment favorite Sen. Kamala Harris (D-Calif.) in an earlier presidential debate this year. While Harris’s support appears to have plummeted as a result of Gabbard taking her to task for her abysmal record as attorney general of California, the feisty populist hasn’t climbed in the unreliable, unnecessary, and prejudicial pre-election polls. In post-debate online polls, however, Gabbard has consistently shined, dominating all of her Democratic Party peers. Such a glaring dichotomy between Internet opinion and mainstream polls is curious, to say the least. It immediately evoked comparisons to the 2012 Ron Paul presidential campaign, when he crushed all opponents in every Internet poll and drew bigger crowds than all the other contenders combined yet wasn’t officially credited with a single primary win.

Gabbard has incurred the wrath of the liberal establishment with her populist stances. The hosts on the television talk show “The View” were openly antagonistic during her guest appearance, and comedian Stephen Colbert practically went apoplectic at her anti-war stance when she was on his show.

Gabbard has also introduced a bill to audit the Federal Reserve, is outspoken about the deadly GMO food products, came out strongly for civil liberties and the free speech of those she disagrees with during one debate, and has been the only high-profile politician to speak out publicly in support of hounded whistleblowers Julian Assange and Edward Snowden.

Considering the in-your-face corruption from the 2016 presidential campaign, revealed by WikiLeaks, that exposed a glaring effort to rig the primaries for Hillary Clinton over Bernie Sanders, one would think that the Democrats would be a bit more circumspect this time. The Democrats did everything they could to steal the nomination away from Sanders, who was drawing far bigger and more enthusiastic crowds than Clinton, even feeding her debate questions in advance, and utilizing the power of the ridiculous “Super Delegates” to give her a majority in many states where Sanders actually won the vote. The media bias for Clinton was so obvious that at one point, when Sanders had won eight primaries in a row, the mantra from virtually every “journalist” was that Hillary’s nomination was “inevitable.”

The presidential debates have long been used to exclude the rare outsider who attempts to attain the nation’s highest office. Ralph Nader was notably excluded from presidential debates, again for supposedly not reaching a certain threshold in “approved” polling. Pat Buchanan not only wasn’t permitted on stage when running as the Reform Party’s candidate in 2000, he was scorned and attacked by every pillar of the Republican Party establishment after pulling off a dramatic upset in the 1996 New Hampshire primary. Buchanan was cheated out of what seemed a clear win in Arizona; former Arizona Gov. Fife Symington actually phoned Buchanan’s state headquarters that afternoon and congratulated him on what the polls were showing to be a victory by a wide margin. While networks reported a huge Buchanan lead all throughout the day, suddenly Steve Forbes was said to be winning, with Bob Dole second and Buchanan lagging behind in third place. There were numerous irregularities, including the voters being permitted, for the first time in the state’s history, to vote in any precinct they wanted, and an incredible 60,000 voters receiving special “duplicate” ballots that allowed them to vote twice.

After the first Democratic Party presidential debate of 2019, the most googled name in the country was “Tulsi Gabbard.” After the second debate, Gabbard was at the top of Twitter’s “trending” list. Twitter simply removed her. Gabbard is now suing Google for $50 million. “Google’s discriminatory actions against my campaign are reflective of how dangerous their complete dominance over Internet search is. . . .,” Gabbard stated. “This is a threat to free speech, fair elections, and to our democracy, and I intend to fight back on behalf of all Americans.”

Neither Buchanan nor Paul ever really publicly questioned the electoral fraud that derailed their presidential runs. Donald Trump notably did, even though he eventually won. Will Gabbard call out the rigged process? 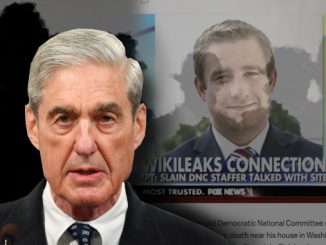