The wheels of justice grind slowly in this country, especially when assets of the intelligence community are involved. Nonetheless, Judicial Watch continues its efforts to uncover the truth.

The FBI is stonewalling efforts to release further text messages between former lovers and bureau employees Peter Strzok and Lisa Page. Conservative legal watchdog Judicial Watch has been attempting to obtain these messages for quite some time. According to the organization’s director of investigations, Chris Farrell, the two FBI officials’ bias against Donald Trump was so overt that in one message Strzok joked about being able to “smell the Trump supporters” as he shopped in Walmart. Farrell and Judicial Watch are most interested in unreleased texts that may contain specific names, dates, and places.

This story exemplifies how slowly the wheels of justice grind in this country, when assets of the intelligence community are involved. Over a year ago, in April 2018, Department of Justice Inspector General (IG) Michael Horowitz officially referred fired Deputy FBI Director Andrew McCabe for criminal prosecution. McCabe’s multiple lies under oath, to FBI agents and investigators for the inspector general, were documented in a report published by the Office of the Inspector General. That would seem to be a clear example of perjury.

Trump told reporters he knew nothing about the situation but repeated his earlier statement that the former FBI chief had “illegally leaked classified documents to the press.” Trump also boasted on Twitter about “total and complete vindication and exoneration from the Russian, Wiki Leaks, and every other form of hoax perpetrated by the DNC, radical Democrats, and others” following the dismissal of the Democratic National Committee’s multi-million-dollar lawsuit against Trump and Russia.

Further confounding his loyal supporters, Trump celebrated Barr’s refusal to prosecute Comey, tweeting, “The fact that James Comey was not prosecuted for the absolutely horrible things he did just shows how fair and reasonable Attorney General Bill Barr is.” Revealing again the curious perspective he so frequently takes, that of a powerless outsider rather than the president of the United States, Trump also claimed: “So many people and experts that I have watched and read would have taken an entirely different course. Comey got Lucky!”

Trump’s comments contradicted his earlier tweet, that “The disastrous IG report on James Comey shows, in the strongest of terms, how unfairly I, and tens of millions of great people who support me, were treated. Our rights and liberties were illegally stripped away by this dishonest fool. We should be given our stolen time back.”

Washington, D.C. attorney Mark Zaid offered a Deep State apologia for Barr, telling The Hill that Comey’s mistakes were “relatively common” within the government, and that prosecuting him would force the Justice Department “to pursue many more cases like it.”

The New York Times summed up the feelings of the establishment in a recent article: “Federal prosecutors in Washington appear to be in the final stages of deciding whether to indict Andrew G. McCabe . . . on charges of lying to federal agents, according to interviews with people familiar with recent developments in the investigation . . . . But prosecutors may face headwinds if a case were to go to trial. One prosecutor quit the case [Ms. Shields] and has expressed frustration with how it was being managed, according to a person familiar with her departure, and a key witness [Ms. Lisa Page] provided testimony to the grand jury that could hurt the government’s case. Additionally, Washington juries are typically liberal, and prosecutors could end up with jurors sympathetic to Mr. McCabe who believe that he, not the president, is the victim of a political witch hunt. . . . Though the meetings between Mr. McCabe’s lawyers and top law enforcement officials suggest that prosecutors seem intent on moving forward with the case, they could also decide to pass on an indictment. . . . It would be an unusual move if prosecutors were indeed planning to charge Mr. McCabe.” 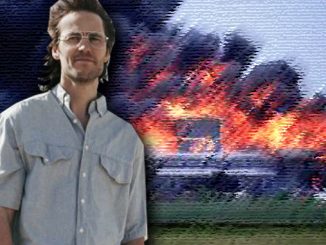