Is Israel provoking nuclear war between Pakistan and India because of the fact that India is its main weapons-buyer? The little nation proves the effective killing power of its weaponry by using it to slaughter innocent civilians in Palestine.

Israel may not have much to worry about in regard to retaliation when they lob U.S.-made weaponry on innocent civilians in the open-air concentration camp of Gaza, but the dangerous game they are perilously playing in South Asia has the potential of sparking an atomic war between that region’s nuclear-armed adversaries, India and Pakistan.

As reported Feb. 28 in the UK’s Independent under the title “Israel is playing a big role in India’s escalating conflict with Pakistan,” Robert Fisk explains why it is that the little, nettlesome, bellicose state’s actions are pushing us all toward Armageddon.

At the heart of the matter is money. India, Israel’s “largest weapons market” in 2017, paid $700 million for “Israeli air defense, radar systems, and ammunition, including air-to-ground missiles—most of them tested during Israel’s military offensives against Palestinians and targets in Syria.” This information makes clearer the reason Israel slaughters humans like penned lambs: It is to test their weapons and improve their chances for a sale.

Israel, a country of 9 million (75% Jewish, 21% Arab, 4% other), is ranked No. 10 in the world’s top 10 largest arms exporters—behind the U.S., Russia, China, France, Germany, the UK, Spain, Italy, and Ukraine—no doubt helped along by the billions U.S. taxpayers are forced to fork over to the non-ally every year. This fact no doubt confounds the world’s thinking class, who are aware that the Jewish state comes in at 25 out of 174 countries ranked by median and mean wealth per adult.

With that as a backdrop, this latest imbroglio was kicked off by what’s being referred to as the 2019 India-Pakistan standoff. A Pakistan-based “terror” group conducted a suicide bombing of an Indian military convoy, slaughtering more than 40 soldiers. Two weeks later, on Feb. 26, a dozen Indian fighter jets bombed the “terrorist” camp in the Pakistan-controlled area of Kashmir, eventually leading to the downing of an Indian jet and the capture of its pilot, who has since been returned.

Tensions remain high, however, with India threatening to fire at least six missiles into Pakistan and Pakistan promising its own missile strikes “three times over.” Only via concerted efforts by D.C., Beijing, and London have the threats been ratcheted down.

Significantly, this is the first such clash in Kashmir since the last war there in 1971. Kashmir—the main cause of all major conflicts between the two countries—was hotly contested even before India and Pakistan won their independence from Britain in 1947. Kashmir was free to choose between India or Pakistan, and the local ruler’s choice of India led to a two-year war. The fact that some Indian-administered states in Kashmir are more than 60% Muslim ensures Kashmir will remain a disputed area. It has already led to the two countries going to war three times as well as experiencing several conflicts and military standoffs.

Although violence in Kashmir has vacillated for 30 years, the death of a 22-year-old militant leader in 2016 sparked massive protests across the region. Following the funeral, attended by thousands, clashes with troops kicked off a week-long cycle of violence that resulted in the deaths of more than 30 civilians and many more injuries. The result has been a steady rise in violence in Kashmir, which saw over 500 civilians, security forces, and militants killed in 2018, “the highest such toll in a decade.”

To promote its war machines, Israel has been supporting India’s government in its battle against so-called Islamists, selling them the Israeli government-owned Rafael Advanced Defense Systems Ltd.’s SPICE (Smart, Precise Impact, Cost-Effective) 2000—used to blow the limbs off of countless unarmed Palestinian men, women, and children to enhance its marketability—which turns 2,000-pound warheads into “smart bombs” by using the Global Positioning System, most recently utilized in the tit-for-tat Indian “terrorist” bombing.

Israel also conducts joint exercises with India in the Negev Desert, imparting to their guests all the skills they acquired in Gaza and other civilian-thronged battlefronts. So cozy have they become that “a 45-strong Indian military delegation” was stationed at several Israeli air bases.

Given its long history of displaying utter disregard for human lives—from the Lavon Affair to the USS Liberty to 9/11—Israel stoking tensions in South Asia should keep us all awake at night.

Dave Gahary, a former submariner in the U.S. Navy, prevailed in a suit brought by the New York Stock Exchange in an attempt to silence him. Dave is the producer of an upcoming film about the attack on the USS Liberty. See the website erasingtheliberty.com for more information and to get the new book on which the movie will be based, Erasing the Liberty. 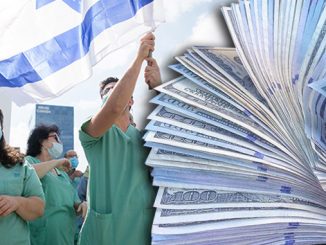 4 Comments on Israel Provoking Nuclear War Between Pakistan and India?