Hezbollah has become a major power broker in Lebanon, explains Richard Walker, after winning big in the recent election—prompting immediate threats of genocide by an Israeli politician called “more dangerous than Hezbollah.”

Despite a well-funded and devious Saudi campaign to put its favorites in power in Lebanon’s recent parliamentary elections, Hezbollah and several smaller parties won more than half the seats, making Hezbollah a major power broker.

Hezbollah’s victory led to threats of genocide against Lebanon by Israeli religious right-wing politician Naftali Bennett, who has been described by some Israelis as more dangerous than Hezbollah. As the “Middle East Monitor” put it, had Russia made such a threat against any of its neighbors the condemnation in the West would have been widespread. The Israeli threat was somewhat ironic, given President Donald Trump’s letter to Lebanon’s President Michel Aoun in November 2017, thanking him for Lebanon’s role in the war against terrorism and assuring him of American support. A month later, Aoun described as dangerous Trump’s decision to move the U.S. embassy in Tel Aviv to Jerusalem.

The Saudis had placed their electoral hopes on the Sunni Arab Future Movement, which lost 13 seats to Hezbollah. The result upset the Israelis and neocons in Washington, all of whom had been hoping for a Hezbollah defeat. The outcome indicated that Hezbollah continues to attract the support of Lebanese Christians who have felt for some time that the Islamic organization protected them from ISIS and al Qaeda. Hezbollah had the backing of the country’s largest Christian party, the Free Patriotic Movement. Hezbollah has been a major supporter of that group.

In the wake of the election, a document came to light exposing how the Saudis plotted to undermine Hezbollah in the polls. Their plan was to funnel large sums of money to Hezbollah’s opposition, the Future Movement, and to encourage a bigger inflow of Syrian refugees into Lebanon, which could be blamed on Hezbollah’s support of the Assad government. The plan backfired badly for the House of Saud and its favored Lebanese politicians.

Ever since Israel got a bloody nose in its last war with Hezbollah in 2006, there has been a drumbeat in Tel Aviv to find a pretext for a new war with Hezbollah, something that would please Saudi Arabia, its Sunni allies, and U.S. neocons like John Bolton, who now dominate the Trump administration’s national security and Middle East policies.

It was hardly a coincidence that within hours of Trump exiting the internationally approved Iran nuclear deal that Israel’s Benjamin Netanyahu launched air strikes against targets, including Iranian ones, in Syria. It was a sure sign he was hoping to goad Iran and Hezbollah into a shooting war designed to drag the United States into war. His move was praised by the Trump White House.

Israeli meddling in Syria and Lebanon is nothing new. Netanyahu has been supporting extreme Sunni militias like the al-Nusra Front that have been funded by Saudi Arabia and other Arab states. Wounded al-Nusra fighters have been treated at Israeli military hospitals in the Golan Heights, a part of the region that Israel claims to be its own, in contravention of international law.

The Golan belongs to Syria, but Israel wants to keep it because of the oil and gas it holds. It would suit Israel if the Syrian government were destroyed so that it could not continue to lay claim to the Golan Heights. Netanyahu has given Genie Energy Ltd., a New Jersey-based company with leading neocons like Dick Cheney on its board, gas and oil exploration rights to parts of the Golan Heights. In September 2017, Interior Secretary Ryan Zinke met with a former Israeli politician, who runs an Israeli subsidiary of Genie Energy.

The Lebanese know all about Israel’s political and military interference in the affairs of its neighbors. Israel first invaded Lebanon in 1979 and then later in 1982, withdrawing in 1985 while maintaining a 12-mile security border inside Lebanon. Israel has not forgotten that it was Hezbollah that mostly forced it to pull out of Lebanon in 1985. After it did so, Hezbollah instigated a policy of seizing Israeli soldiers and using them to bargain for the exchange of Lebanese men held in Israeli prisons. The seizure of two soldiers in 2004 was the precursor to Israel’s invasion of southern Lebanon in 2006.

Ever since the Bush-Cheney era, there has been a growing nexus of Israel and Sunni Arab states like Saudi Arabia plotting a war with Shiite Iran that would also result in attacks on Hezbollah and the Assad government in Syria. Russia has made it clear its military will not sit idly by if there are any moves to remove Assad, but that leaves Israel with the option of drawing America into a war with Hezbollah and Iran. To that end, it is more than likely there will be a growing drumbeat from Tel Aviv, Washington, and Riyadh insisting that Iran has resumed its nuclear program and that Hezbollah is an increasing threat to Israel.

What is missing in many of the assessments of such a war is that even if America, Israel, and the Saudis won an air war, the war that would be fought on the ground across the region, including in Iraq, would be long and bloody. Israel and Saudi Arabia would not remain unscathed, and the U.S. military would not be able to protect all purported U.S. allies across the region. 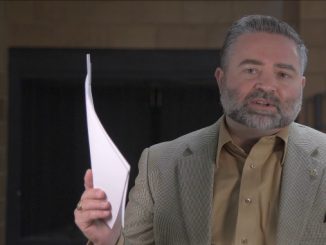 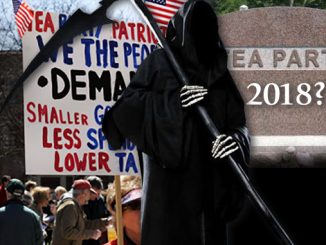