The annual Bilderberg meeting has just wrapped up in Turin, Italy. Given this year’s program, it would appear this elite organization and its “lesser” allies are extremely concerned about the nearly worldwide rise of populism, a.k.a. anti-globalism.

Bilderberg, historically seen as an isolated exercise in world power-brokering, has in recent times become the nerve center of a network of elitist organizations. A highly unusual twist this year, however, was that, as the 66th Bilderberg meeting in 64 years took place June 7-10 in Turin, Italy—with 128 participants from 23 countries—several other notable meetings convened at the same time.

The annual meeting of the G-7 nations—which typically meets before or after Bilderberg—instead met June 6-8 in Quebec.

The annual Forum on Global Cities was held June 6-8, sponsored by the Chicago Council on Global Affairs (CCGA) and the Bilderberg-connected Financial Times.

Just prior to this, the Trilateral Commission (TC) meeting was held in London Nov. 3-5, 2017, involving Commerce Secretary Wilbur Ross—who attended Bilderberg last year in Virginia. The TC, a younger sibling of Bilderberg now in its 45th year, covered several topics that dovetail with this year’s Bilderberg agenda.

“The theme of the 2017 Trilateral Conference,” a TC summary stated, “was the causes of the rise of populism across the West—and what to do about it. The victory of Donald Trump and the UK’s vote for Brexit in 2016, the rise of authoritarian, nationalist governments in Poland and Hungary, and the ground gained by the radical right in elections in France, Austria, and elsewhere had some common roots.”

Bilderberg took up “populism in Europe” as its first listed topic for 2018, while the Chicago Forum on Global Cities stepped up its promotion of the “global cities” scheme, charting a course to unconstitutionally reorient government power away from the national level to the city level and, in the process, battle the rise of populism over grave concerns that an uncontrolled populist uprising that unites the right and left could further frustrate and even scuttle globalist designs.

The unmistakable tactic of using the global cities scheme to help undermine populism (i.e., nationalist governments that want out of the European Union and its suffocating dictates) was confirmed at Chicago Council on Global Affairs (CCGA) meetings over the last couple years, some of which this writer attended.

The “Trilaterals” also expressed alarm over “increasing hostility to immigration, exemplified in the U.S. by the success of Trump’s slogan to ‘build this wall,’ in the UK by the Leave [Brexit] campaign’s successful attempt to put EU free movement rules at the center of the debate, and by Hungary and Poland’s refusal to take in asylum-seekers stuck in Italy and Greece. Another cause [of populism’s gains] was poor economic performance and frustration at high levels of inequality after 2008. Still another was the Internet and other forms of digital technology, which is both amplifying the voices of radicals and has the potential to bring about a big restructuring of the economy, which will create winners and losers.”

The 2018 Bilderberg agenda indicates that the Bilderbergers took the baton from their TC brethren concerning populism and at least four other topics among Bilderberg’s 12 agenda items: “The inequality challenge,” “free trade,” “U.S. world leadership,” and “the ‘post-truth’ world.”

“The ‘post-truth’ world,” which stems from the above TC statement about “digital technology . . . amplifying the voices of radicals,” apparently refers to the alternative media and activists who are challenging the mainstream media outlets and elite think tanks with which Bilderberg and its network partners collaborate.

For the record, 12 media entities represented nearly 10% of the attendees at the 2018 Bilderberg gathering—on hand to collaborate with the plutocratic cabal rather than uphold the public trust and objectively report on Bilderberg.

The Bilderberg topics “U.S. world leadership” and “free trade” are highly reflective of not only the TC’s November meeting but also recent statements to a UK House of Lords committee by Council on Foreign Relations President Richard Haass. According to his testimony—which received no press coverage—the deep-seated power brokers that Haass represents are acutely concerned that President Donald Trump may pull out of, or drastically overhaul, NAFTA, the World Trade Organization, and other free-trade entities to the point where the U.S. will limit itself to bilateral trade deals and possibly end its leadership role in the trade, financial, and military arrangements put in place at the Bretton Woods accord in the waning days of World War II.

These nightmarish concerns expressed by Haass—ultimately meaning that Trump may flout the entire “rules-based international order” formulated at Bretton Woods—evidently have come true, at least in several respects, given Trump’s defiant demeanor at the G-7.

The G-7 was formerly the G-8 until Russia was excluded in 2014, as Western power brokers deemed it the new “enemy,” prompting the word “Russia” to appear on the list of Bilderberg topics several times, including this year. But now some pundits speculate that the G-7 could become the “G-6 + 1” as Trump becomes ever more antagonistic toward this economic grouping. Its ministers—expressing the very same “protectionist” concerns covered at the TC and Bilderberg meetings—are convinced that tariffs could only spell doom and spark trade wars, even though the Trump White House has insisted that instituting a 25% tariff on steel and 10% on aluminum is largely a sovereign, national security move, amid plans to revitalize the U.S. industrial base. 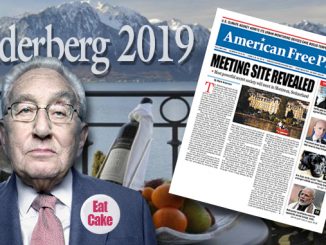 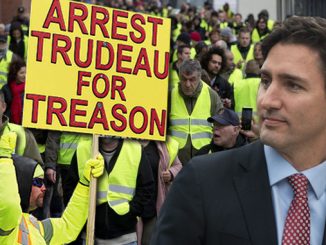