Will the recent deaths of longtime Bilderbergers David Rockefeller and Zbigniew Brzezinski and the rise of the new Technorati, including Google executive Eric Schmidt, change the course of this infamous gathering of the world’s elite? Meeting in the U.S. for the first time in five years, AFP will be on hand in Chantilly, Va. to document—as extensively as possible, given the no-media cloak of secrecy—the secretive gathering.

The 65th annual gathering of the shadowy Bilderberg group will take place June 1-4 at the Westfields Marriott Hotel in Chantilly, Va. Already, 131 participants from 21 countries have confirmed their attendance. This marks Bilderberg’s first North American meeting in five years, and AFP will be on the scene since the confab is being held only 25 miles from Washington, D.C. Last year, the group gathered in Dresden, Germany. 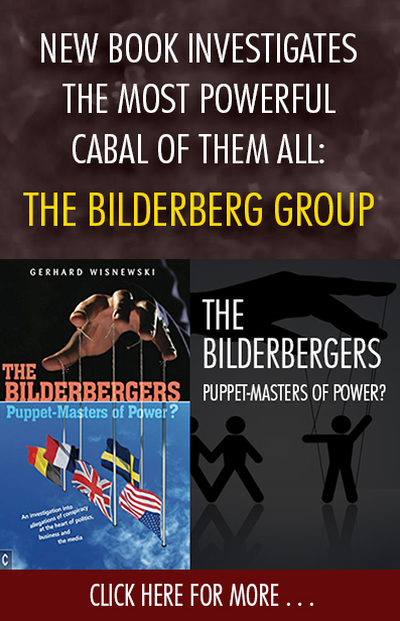 President Donald Trump’s National Security Advisor H.R. McMaster is listed as an attendee for this year’s Bilderberg meeting. Other U.S. officials attending, who are currently serving in public office, are Sens. Lindsey Graham (R-S.C.) and Tom Cotton (R-Ark.). While Graham jetted to last year’s Bilderberg meeting in Germany, Cotton evidently is attending his first-ever Bilderberg meeting. McMaster, Graham, and Cotton all share a neoconservative ideology of aggressively patrolling the world to push American “democracy” and monopoly capitalism, while fostering hostility toward Iran, Russia, and Syria. This fits the Bilderberg credo of using U.S. power to control the natural resources and economic machinery of as many nations as possible, while co-opting or overthrowing those nations that stand firm with their own sovereignty.

According to Bilderberg’s own anonymous press office, the 13 “key” topics “for discussion” this year include: “The Trump Administration—A Progress Report; Trans-Atlantic Relations—Options and Scenarios; The Trans-Atlantic Defense Alliance: Bullets, Bytes, and Bucks; The Direction of the EU; Can Globalization Be Slowed Down?; Jobs, Income, and Unrealized Expectations; The War on Information; Why is Populism Growing?; Russia in the International Order; The Near East; Nuclear Proliferation; Current Events; and China.” 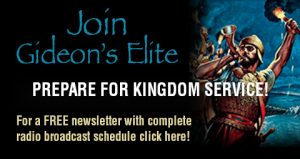 The group has an American arm, the American Friends of Bilderberg, which files annual 990 tax returns as a so-called charity and is registered in the state of New York under that amusing pretense.

The danger-ridden, tyrannical goal of creating an all-consuming, corporate-ruled world super-state dubbed the New World Order has been incrementally advanced since Bilderberg first met in Holland in 1954 under the auspices of Jesuit-trained European consolidator Joseph Retinger and his agent, Netherlands Prince Bernhard. This explains why Bilderberg goes to such lengths to keep the details of its inner-workings so secret, while functioning as an off-the-grid world networking and planning forum for private governance benefitting the banking and corporate classes. A core tactic is to parallel but eventually supersede the nation-state itself, eventually canceling effective, genuine nationhood altogether.

Bilderberg still maintains that it goes to all the trouble and expense of meeting just to chat off the record, allegedly without detailed minutes kept, with the reporting press disallowed only so attendees can relax and speak freely. Supposedly, no decisions are made or consensus is sought. Attendees, they say, must not reveal afterwards what was discussed, under Chatham House rules, though they apparently are free to use some of the ideas from the meetings without attribution. 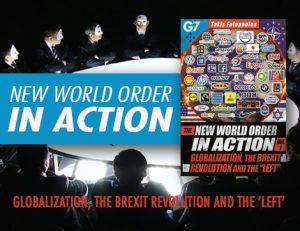 However, this is also a way of rigging the game so everything stays secret, even while topics that include the word “strategy” contradict Bilderberg’s position that it’s just a forum for intellectual banter about megatrends in the world.

An important question to ponder going into Bilderberg’s 2017 meeting is how the March 2017 death of longtime Bilderberger David Rockefeller and the May 26 death of Rockefeller’s Trilateral Commission co-founder Zbigniew Brzezinski, who was the Carter administration’s national security advisor, will affect the status and agenda of Bilderberg—especially since the Trilateral group, which formed in 1973 and by its own admission put Carter in the White House, has for decades been a key “spoke” in the Bilderberg central “hub,” much like the Brookings Institution.

With the passing of key members of Bilderberg’s “old guard” and Rockefeller-Brzezinski associate and accused war criminal Henry Kissinger not long for this world due to his advanced age, will the younger Bilderbergers—especially Google executive Eric Schmidt and other young attendees mainly representing high technology in the “deep state” areas of surveillance, artificial intelligence, and even trans-humanism—take Bilderberg in a sharply new direction? 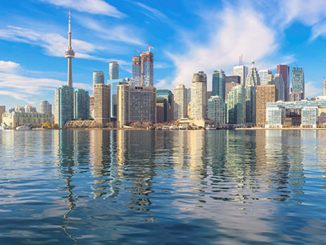 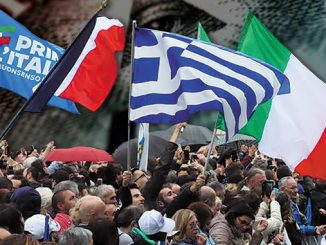