Not only is the war on drugs unconstitutional, it also leads to richer and more powerful black-market drug cartels, increased violence, more lethal drugs, destruction of individual civil liberties both in the U.S. and abroad, and violates the bedrock of a free society—the nonaggression principle. President Trump has instructed his attorney general to “seek the maximum penalty” for even nonviolent drug-related offenses. Time will tell whether he’ll direct Sessions to violate states’ rights to determine their own drug laws as well.

Sessions’s support for mandatory minimums is no surprise, as he has a history of fanatical devotion to the drug war. Sessions’s pro-drug war stance is at odds with the reality of the drug war’s failure. Over 40 years after President Nixon declared war on drugs, the government cannot even keep drugs out of prisons!

As was the case with alcohol prohibition, the drug war has empowered criminal gangs and even terrorists to take advantage of the opportunity presented by prohibition to profit by meeting the continued demand for drugs. Drug prohibition enables these criminal enterprises to make profits far above the potential profits if drugs where legalized. Ironically, the so-called “law-and-order” politicians who support the drug war are helping enrich the very criminals they claim to oppose!

The war on drugs also makes street drugs more lethal by incentivizing the creation of more potent and, thus, more dangerous drugs. Of course, even as Sessions himself admits, the war on drugs also leads to increased violence, as drug dealers cannot go to the courts to settle disputes among themselves or with their customers.

Before 9/11, the war on drugs was the go-to excuse used to justify new infringements on liberty. For example, laws limiting our ability to withdraw, or even carry, large sums of cash and laws authorizing civil asset forfeiture were justified by the need to crack down on drug dealers and users. The war on drugs is also the root cause of the criminal justice system’s disparate treatment of minorities and the militarization of local police.

Today, a majority of states have legalized medical marijuana, and a growing number are legalizing recreational marijuana use. Enforcement of federal laws outlawing marijuana in those states is the type of federal interference with state laws that conservatives usually oppose. Hopefully, in this area the Trump administration will exercise restraint and respect state marijuana laws.

Sessions’s announcement was not the only pro-drug war announcement made by the administration this week. President Trump himself, in a meeting with the president of Colombia, promised to continue U.S. intervention in South and Central America to eliminate drug cartels. President Trump, like his attorney general, seems to not understand that the rise of foreign drug cartels, like the rise of domestic drug gangs, is a consequence of U.S. drug policy.

The use of government force to stop adults from putting certain substances into their bodies—whether marijuana, saturated fats, or raw milk—violates the nonaggression principle that is the bedrock of a free society. Therefore, all those who care about protecting individual liberty and limiting government power should support ending the drug war. Those with moral objections to drug use should realize that education and persuasion, carried out through voluntary institutions like churches and schools, is a more moral and effective way to discourage drug use than relying on government force. 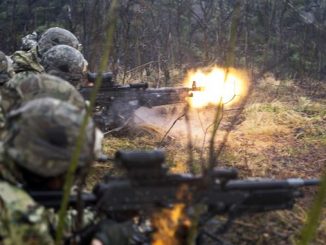 America’s Reign of Terror: A Nation Reaps What It Sows

They Disagree on Everything But Israel

2 Comments on Will the Trump Administration Overdose on Authoritarianism?