Rather than reporting on the conspiracies around Jeffrey Epstein’s death that make clear we’re ruled by psychopaths, big media is, as usual, attacking “conspiracy theorists,” including President Donald Trump.

When Jeffrey Epstein got suicided, the mainstream media went berserk. But their feigned outrage was not on behalf of truth and justice. Instead, they vented obligatory spleen at the “conspiracy theorists” who pointed out the obvious: Epstein was murdered to protect one or more of the rich and powerful targets of his blackmail ring and to protect the blackmail ring itself, which owns most of the U.S. government.

The worst conspiracy theorist, in the media’s eyes, was President Donald J. Trump. As The New Yorker’s John Cassidy put it, Trump “retweeted a video from a conservative comedian, Terrence Williams, in which Williams suggested that Bill Clinton and Hillary Clinton were responsible for Epstein’s death … . What the 45th president appears to be intimating is that an assassin, working for the 42nd president, broke into one of the most secure jails in the country, hanged Epstein, and left without disturbing the guards or being caught on internal cameras.”

Does Cassidy really believe that any jails in America are secure from Deep State assassins? If so, I have some books he should read. One is the recent mainstream bestseller CHAOS: Charles Manson, the CIA, and the Secret History of the Sixties by Tom O’Neill. CHAOS shows that the notorious CIA mind-control specialist Dr. Louis Jolyon “Jolly” West had free run of American prisons. As I wrote in my online review of O’Neill’s book, “Jolly West brainwashed a psychopathic prisoner named Charles Manson, gave him a CIA get-out-of-jail-free card, set him up next door to Jolly’s safe house in the Haight-Ashbury hippie district of San Francisco, and taught him how to control human minds using drugs and hypnosis.”

Jolly West also gained easy access to the imprisoned Jack Ruby, the alleged killer of Lee Harvey Oswald, the JFK assassination patsy. Again, quoting from my O’Neill review: “Prior to West’s closed-door no-witnesses one-on-one with Ruby, the latter had been perfectly sane, though puzzled about being accused of a crime he had no memory of committing. From the moment West stepped out the door of Ruby’s cell, Ruby was stark, raving nuts.”

Anyone not convinced that the corruption level of the U.S. Bureau of Prisons is off the charts should also read Christopher Fulton’s The Inheritance: Poisoned Fruit of JFK’s Assassination, published last Nov. 22. The author spent eight years in federal prison for the crime of getting JFK assassination evidence into the hands of JFK Jr., who was promptly killed before he could use it. Fulton describes Bureau of Prisons and other federal “justice” personnel as vastly worse criminals than the people they incarcerate. Among the many crimes he witnessed his guardians perpetrating, one stands out: the brutal murder of a federal prisoner named Jonathan, a.k.a. “Tech,” a brilliant hacker who had compromised government secrecy and gained advanced knowledge of 9/11.

The murder occurred in 1999 in Charles County Detention Center (CCDC) in La Plata, Md. Fulton describes how the guards sounded a loud emergency buzzer and ordered all prisoners to stand against the wall with hands over their heads. Federal thugs then entered the prison and beat Jonathan to death: “The goon squad had cracked his head open. The wound was gaping and massive; they had literally split his skull in half.”

Another outrageous murder by prison authorities was the FBI’s killing of Kenneth Michael Trentadue, who like Jeffrey Epstein was “found hanged in his cell” at a federal prison, in this case FTC Oklahoma, on August 21, 1995. Trentadue’s body was riddled with horrific wounds, cuts, and bruises; he had suffered three massive blows to the head and his throat had been cut. James Ridgeway wrote that the authorities “would later put forth an elaborate scenario in which Kenney tried to hang himself but fell, bruising his head and body, and then tried to slit his throat with a toothpaste tube before succeeding in his second hanging attempt.” In fact, the FBI tortured him to death because they mistook him for someone who could have exposed the U.S. government’s orchestration of the Oklahoma City bombing. No government personnel were ever prosecuted, or even charged, for Trentadue’s murder.

The unpleasant truth is that we are governed not so much by organized crime, but by people who make garden-variety mobsters look like saints by comparison. Our highest levels of power are infested with child rapists and people who film other people raping and murdering children. These are the people who run our prisons and decide what happens inside them, who gets killed, who gets sneaked out for a facelift and a new identity in a witness protection program. Though high scorers on IQ and psychopathy tests, they are the last people on Earth who should be entrusted with power. 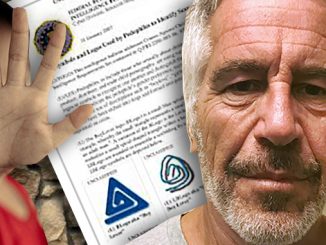 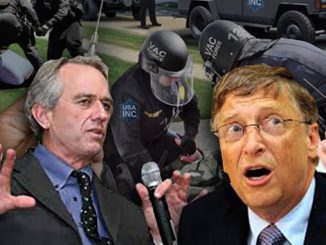