Secret bases exist across the United States, but few know what’s really inside them.

“If we Naruto run, we can move faster than their bullets. Let’s see them aliens.” That’s how it all began. After seeing a June 20 episode of “The Joe Rogan Experience” podcast with comedian Joe Rogan featuring an interview with Area 51 legend Bob Lazar and filmmaker Jeremy Corbell, college student Matty Roberts posted a Facebook event and meme jokingly asking those interested to storm Area 51 on Sept. 20. The phrase “Naruto run” refers to the Japanese cartoon character Naruto Uzumaki, who runs with his arms stretched behind him, his head down, and his upper body bending forward, full steam ahead.

Area 51 (a geological designation) is a U.S. military air base located within the Nevada Test and Training Range, approximately 83 miles north-northwest of Las Vegas. While it is still a base shrouded in secrecy, the government now admits it does, indeed, exist, which it has only acknowledged since a 1994 environmental lawsuit forced President Bill Clinton to do so. Until then, the government refused to even admit its existence, despite the “Warning: Use of Deadly Force Authorized” signs lining its ever-expanding borders.

Lazar is the reason we know the term “Area 51” today. In May 1989 he appeared in a series of interviews with Las Vegas investigative reporter George Knapp of KLAS-TV. In the interviews, Lazar claimed to have back-engineered alien spacecraft while working at Area 51. Lazar has been a controversial figure in ufology throughout the years, with some researchers believing him and others charging hoax. Either way, the Lazar story rode the wave of popularity that was Art Bell’s “Coast to Coast AM” radio program in the 1990s. Suddenly, everyone knew the name “Area 51.”

While Air Force spokeswoman Laura McAndrews has strongly urged the 1.6 million Facebook users who marked “going” to the Storm Area 51 event, and the 1.2 million who marked “interested,” to stay away from the base, the business of alien commerce has picked up so much in the region that Roberts and others are now telling everyone to go to an adjacent music, arts, camping, and UFO lore event called “Alienstock.”

For more serious researchers involved in ufology, the recent focus on Area 51 has also brought back to the forefront a focus on other secret sites within the United States.

Wright-Patterson Air Force Base near Dayton, Ohio has always been a favorite of ufologists and casual researchers of UFOs. The base has been tied to a variety of official UFO projects including Project Sign, Project Grudge, and Project Blue Book. In ufology, Wright-Patterson was allegedly the destination for the alien bodies downed near Roswell, N.M. in July 1947. While the Nevada site known as Area 51 has in recent decades been more culturally popular, ufologists often refer to “Wright-Patt” as “the real Area 51.”

In a 1988 interview, Sen. Barry Goldwater (R-Ariz.) claimed he asked Gen. Curtis LeMay for access to a secret UFO room at Wright-Patterson Air Force Base (possibly the infamous Hangar 18). According to Goldwater, an angered LeMay snapped back at him, “Not only can’t you get into it, but don’t you ever mention it to me again.”

In 1997, during the height of alien mania when films like “Independence Day” and television shows like “X-Files” were dominating popular culture, Popular Mechanics released a story stating that Area 51 had essentially packed up and moved its operations to a base in eastern Utah geologically designated Area 6413.

Pat Travis, then-owner of the Little A’Le’Inn in nearby Rachel, Nev., said, “I think the thing about the base closing is supposition. We get people in here every day who work out there. I think the report is a way to get people to not come out here.” Travis was probably correct in her assumption. Popular Mechanics has long been an agent of disinformation for both the Department of Defense and U.S. intelligence agencies. At one time, they were the leading print debunker of all things secret within the U.S. government.

There are many other top-secret bases functioning today. Many are Cold War remnants vying for a new direction (and funds). One of the most controversial is a base near Gakona, Alaska where the High Frequency Active Auroral Research Program (HAARP) program is located. The HAARP program shoots high-frequency beams though the ionosphere. Supposedly for scientific research, HAARP has also been linked to testing electromagnetic mind control and weather modification.

The Dugway Proving Grounds in Tooele, Utah is the size of Rhode Island. It’s the home of most of the next-gen weapons systems for the U.S. military. NORAD’s home in the Cheyenne Mountain Complex is a round-the-clock information center and can house 800 residents in case of a nuclear strike. Raven Rock Alternate Command Center (Site R) would be the home to a World War III military command center. Supposedly linked to Camp David via a six-mile underground tunnel, cell phones and GPS devices are blocked near the site. Within a hollowed-out mountain of Virginia exists Mount Weather, the site of another massive bomb shelter, a television and radio station, and an office complex where it has been rumored that the “shadow government” houses its operation within the U.S. Vice President Dick Cheney was whisked to Mount Weather on 9/11.

Bases like these, above ground and beneath, exist across the United States. Though large in size, most media coverage has been limited or non-existent. They are the thing of online message boards and local rumors, all laughed away by the mainstream media and government spokespersons. Yet, they all seem built for an ultimate battle where those they were built to protect would survive. The rest of us were never supposed to know they even existed. 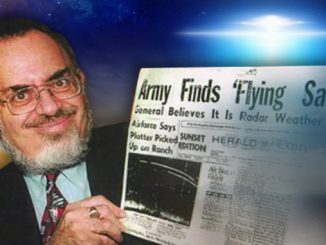