Thanks to the Orwellian “Driver’s Privacy Protection Act of 1994,” we can now add our public DMVs to the list of entities selling our private data. Of the long list of buyers, unscrupulous private-eye firms may be the most concerning.

As if the junk mail and telemarketing robocalls weren’t enough to ruin our days, add legal intrusions by a government agency to do the same, or worse. It hasn’t been widely reported, but Departments of Motor Vehicles (DMVs)—in every state in the union—are minting money, legally, by selling your personal data to a variety of entities, like insurance companies, consumer credit reporting agencies, courts and attorneys, companies involved in the bulk distribution of surveys, marketing materials, companies involved in solicitations for statistical reports and other research, private toll transportation facilities, truck and tow-truck companies, and licensed private investigation agencies. The sale of private information to any of the above is disturbing, but it’s personal information in the hands of private investigators (PIs) that has many worried.

This is all made possible thanks to a federal law known as the Driver’s Privacy Protection Act of 1994 (DPPA), which governs the personal information gathered by state DMVs.

DPPA had its origins, ironically, in the murder of a Hollywood starlet. Rebecca Schaeffer was murdered by a deranged fan, Robert John Bardo, who had stalked her for three years. Bardo studied the actions of another nutcase, who had stalked and stabbed another actress in 1982, and learned that a private investigator was used to obtain the actress’s address. Bardo did the same. He paid a private eye firm in his hometown of Tucson to get Schaeffer’s home address from California’s DMV, then traveled to the Golden State and shot her at point blank range when she answered the door, expecting a script to be delivered for an audition for the film “The Godfather Part III.”

Now, a law meant to protect Americans from having their personal information released to those with less-than-honorable reasons for wanting it may be putting countless Americans in danger, as unscrupulous characters use this law for illegal means.

Researchers for a recent report released on Sept. 6 by news and commentary website “Vice” under the headline “DMVs Are Selling Your Data to Private Investigators” had “obtained hundreds of pages of documents from DMVs through public records requests that lay out the practice.” It paints a scary picture of just how much information is being swapped for cash, and how prevalent it is. One of the seedy practices “Vice” uncovered is that “many of the private investigators that DMVs have sold data to explicitly advertise that they will surveil spouses to see if they’re cheating.” (All PIs aren’t like good-guy “Joe Mannix,” played by actor Mike Connors, in the TV detective series “Mannix,” that ran from 1967 to 1975 on CBS.)

Although just five states have no license requirements for private investigators—Alaska, Idaho, Mississippi, South Dakota, and Wyoming— the remaining 45 states and D.C. do have specific licensing requirements, with most offering low barriers to entry: Be at least 21, possess a high school diploma or equivalent, and have U.S. citizenship or residency.

There have been many instances of abuse of personal information as well. Several DMVs admitted to “Vice” that “access to such data has been abused in the past—likely by customers using the data in a way that they were not authorized to do so.”

North Carolina’s DMV said as much in an email: “Yes, it has been done before,” wrote N.C.’s communications manager when “asked if the DMV has cut off access to data buyers after abuse.” The same goes for the DMVs of Florida, Indiana, N.J., and Virginia. They all admitted they’ve revoked access or terminated contracts because of data abuse. And since Texas has no licensing requirements to get into the business of repossessing vehicles, “convicted felons can and do access professional databases.”

Perhaps not surprisingly, the data sharing is primarily being done for one reason: the almighty dollar. “This is a revenue generating contract,” the Indiana DMV boasted in a document “Vice” obtained. And the numbers speak for themselves. 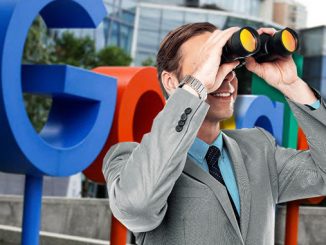