Google employs “language experts” to better eavesdrop on your communications.

If anyone has any doubts that the fictionalized dystopia portrayed in the 1948 novel 1984 is here, all one need do is look at the world’s most valuable brand: Google. From the company most well-known for censorship, tax avoidance, antitrust concerns, and Internet search neutrality comes another, more ominous issue: secret surveillance.

As if wanting to mimic Orwell’s “Big Brother” character—the head of a totalitarian state who constantly monitors every citizen—Google has now publicly admitted it is not only listening to but secretly recording customers’ private conversations in their own homes. The only difference between Orwell’s Big Brother and Google is that at least Big Brother admitted he was snooping, with signs placed everywhere stating “Big Brother is watching you.” Google, of course, doesn’t have the courtesy to be as transparent as Big Brother, however incredible that may sound.

Google didn’t just come out and admit it’s secretly spying on its customers. A Belgian public broadcaster reported this month—after a contractor shared a sample audio clip of secret recordings with the journalists—that Google “employs contractors around the globe to listen to some recordings of conversations that people have with the Google Assistant, which is available on its Google Home speakers and Android devices.” Rather than apologize for its actions, Google “blamed a rogue contractor for leaking Dutch customers’ audio in violation of its data-security policies” and vowed to get even by “investigating the matter.”

Google Home links up to cell phones and uses “smart” speakers placed in different rooms in a home to recognize voice commands to allow users to interact through its “virtual assistant,” Google Assistant. With these gadgets, users can make hands-free phone calls in the U.S. and Canada, search the Internet, schedule events, set alarms, add reminders and calendar appointments, engage in two-way conversation, listen to music, view videos and photos, receive news updates entirely by voice, control appliances with their voice, and shop by voice for products available from thousands of retailers, including Walmart, Target, Costco, Bed Bath & Beyond, PetSmart, Walgreens, and Whole Foods Market.

Additionally, the device can distinguish voices of up to six people.

The Belgian broadcaster revealed that “the recordings potentially expose sensitive information about users such as names and addresses” and that “Google, in some cases, is recording voices of customers even when they aren’t using Google Assistant.” The report disclosed it “had access to more than 1,000 fragments of audio that a Google contractor had been transcribing.”

Caught in the act of spying, Google admitted in an Internet post on July 11 that “it employs people worldwide to listen to a small sample of recordings” and that “0.2% of ‘audio snippets’ are checked to better understand language differences.”

It isn’t just Google who’s getting into the business of home automation. Amazon.com Inc., Apple Inc., Microsoft Corporation, and Samsung also offer virtual assistants. In fact, Amazon was forced to admit last year that one of its “home speakers mistakenly recorded a private conversation and sent it to a person in the owners’ contact list.”

And while the revelations of secret surveillance are new, the political leanings of Silicon Valley’s tech giants are not. This newspaper has reported extensively on the extreme left-leaning economic, social, and political positions of Google, Facebook, and other tech companies, exposed via secret recordings and emails. Many of these companies, sometimes collectively referred to as FAANG—Facebook, Amazon, Apple, Netflix, and Google—have a virtual stranglehold on who they allow a public platform. And while examples of their disdain for any and all conservative voices are legion, and have been apparent for quite some time, right-leaning writers and broadcasters have been all but powerless to challenge their near-monopoly on who gets to speak and who doesn’t via their platforms.

Now, however, the tide may be turning. President Donald J. Trump’s U.S. Department of Justice (DoJ) has opened “a broad antitrust review into whether dominant technology firms are unlawfully stifling competition,” according to a July 23 Wall Street Journal article. The companies in the DoJ’s sights are reported as four of FAANG’s members: Facebook, Amazon, Apple, and Google.

The antitrust inquiry, which will focus on companies that “dominate Internet search, social media, and retail services,” seems to be the brainchild of U.S. Attorney General William Barr, and will “ratchet up the already considerable regulatory pressures facing the top U.S. tech firms.”

And since the DoJ shares antitrust enforcement authority with the U.S. Federal Trade Commission (FTC)—which in February of this year began monitoring competition in the tech sector—these high-tech darlings could be exposed to antitrust claims from both the DoJ and the FTC. Barr’s confirmation hearing in January of this year set the stage for the review, when he voiced his concerns about this issue.

“I don’t think big is necessarily bad,” Barr told the senators at his hearing when fielding a question of Big Tech’s monopoly position, “but I think a lot of people wonder how such huge behemoths that now exist in Silicon Valley have taken shape under the nose of the antitrust enforcers. You can win that place in the marketplace without violating the antitrust laws, but I want to find out more about that dynamic.”

Barr isn’t wasting time reining in Silicon Valley. The DoJ recently heard from Facebook’s critics advocating for its breakup. Additionally, the Journal confirmed earlier this year that the DoJ is “preparing to probe whether . . . Google is engaging in unlawful monopolization practices.”

Also, on a positive note for those negatively affected by Big Tech’s leftist agenda, both the DoJ and FTC “have made clear that they view tech-sector competition issues as a priority.”

In fact, on the day after Google admitted it secretly spied on some of its customers, the FTC announced it endorsed a $5 billion settlement with Facebook over its “long-running probe into the tech giant’s privacy missteps.” That’s billion, with a “b.”

And while the FTC’s commissioners broke along party lines with a 3-2 vote (Republicans for, Democrats against), the Journal reports that “attitudes have shifted as some consumers, and politicians on both the left and the right, have grown uncomfortable with how much power and influence they wield in the economy and society.”

“Some Democratic presidential candidates have called for the breakup of companies like Google and Facebook,” reported the Journal, “while lawmakers of both parties have sounded alarm bells. . . .”

And this month, executives from Amazon, Apple, Facebook, and Google testified before a House antitrust subcommittee, which “is taking a broad look at potential anticompetitive conduct in the tech sector.”

President Trump, too, has suggested bringing suits against Facebook and Google, which could influence the direction of the DoJ/FTC probe. “Without the discipline of meaningful market-based competition, digital platforms may act in ways that are not responsive to consumer demands,” the DoJ’s antitrust chief said in a statement.

“The department’s antitrust review will explore these important issues.” 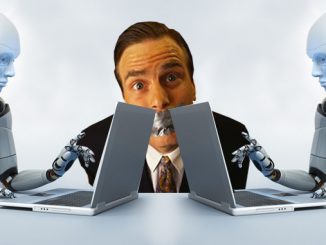 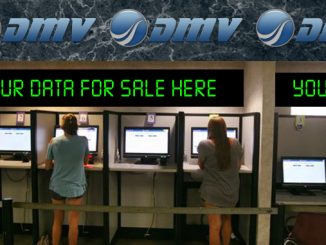