The world’s largest social media companies are under pressure from Thought Police.

Late last month, several prominent right-leaning YouTube channels were purged from the popular video-sharing site, largely at the behest of radical left-wing activist organizations and malicious journalists, who have been working tirelessly to deplatform and shut down those espousing prowhite, populist political perspectives.

Right Wing Watch, a leading radical left-wing activist organization posing as an independent media outlet that has been active in targeting and smearing content creators for their right-wing political views, reported on Aug. 27 that multiple pro-American YouTube channels were suspended or permanently banned in the wake of the YouTube purge.

The YouTube channel of James Allsup, an independent journalist and political activist that this paper has reported on in the past, was entirely deleted, as were the official channels for the American Identity Movement, VDare, and TRS Radio, right-leaning groups, organizations, and media outlets opposed to excessive immigration, political correctness, anti-white political and media bias, and other aspects of the radical antiwhite left-wing agenda. Several other channels were also targeted and banned.

Some of the targeted channels, including the official YouTube channel for VDare, were reinstated by YouTube after further review, but many channels remain shut down, including Allsup’s channel, which arguably had the most reach on the popular social media platform with over 400,000 subscribers and millions of views.

“It’s gone. Today YouTube decided to delete my channel without cause,” Allsup wrote on Gab, an emerging social media platform dedicated to free speech, following his recent ban from YouTube. “I had no channel strikes, no violations, nothing—simply an email telling me that my livelihood, my means to exercise my political voice, my business I’d built over almost three years, was taken away from me.”

Right-leaning dissidents and even more mainstream conservatives critical of the radical leftwing agenda to destroy America and traditional Western civilization have faced increasing levels of online censorship and political oppression in recent years. In early June, YouTube issued a press release outlining updated policies and practices the Internet giant would be using to more effectively tackle “hate” and “extremism” on its platform. In the wake of the announcement, countless YouTube channels were censored or had certain videos deleted. Many others had their channel monetization features disabled.

The Anti-Defamation League (ADL), a virulently anti-free speech organization dedicated to stifling America-first, populist political perspectives, has worked closely with YouTube, Facebook, and other leading social media and technology giants to combat so-called “hate speech” and the spread of “extremist” content, which essentially amounts to any expressed political or historical opinion the organization finds offensive. At the time, the ADL praised YouTube’s new policy, calling it “an important step forward,” but argued that much more needed to be done.

“Online hate and extremism pose a significant threat—weaponizing bigotry against marginalized communities, silencing voices through intimidation, and acting as recruiting tools for hateful, fringe groups,” Jonathan Greenblatt, the CEO of the ADL, said in response to YouTube’s updated policies. “That’s why ADL has been working with technology companies, including YouTube, to aggressively counter hate on their platforms. We were glad to share our expertise on this and look forward to continuing to provide input. While this is an important step forward, this move alone is insufficient and must be followed by many more changes from YouTube and other tech companies to adequately counter the scourge of online hate and extremism.”

Just weeks before the latest YouTube purge, the ADL released a study highlighting several You – Tube channels, including the channel for this newspaper, that “continue to disseminate anti-Semitic and white supremacist content despite the company’s June 2019 crackdown on hate speech,” according to the biased activist organization.

Many of the channels recently banned by YouTube were featured in the ADL’s report, prompting speculation that YouTube is doing the bidding of the ADL in purging dissident right content creators.

Following this, YouTube purged several of AFP’s videos, including an extremely popular, factual interview with the New Jersey police officer who arrested several admitted Israeli spies—now known as “the Dancing Israelis”—who were posing as movers following the Sept. 11 attacks.

Allsup summed up what many people who had videos felt about the tech giant’s practices. “One of my final videos was ‘I Will Soon Be Banned and Here Is Why,’ in which I detailed how the attacks against me were originating and being pushed by the ADL—a viciously anti-white hate group,” Allsup noted on Gab. “They had planted a story that called for my banning and were some of the only ones promoting that story.”

He continued: “Good job, ADL. By getting me banned after I predicted you would ban me, you have really done a great job proving how little power and control you have over American political discourse. Only a conspiracy theorist would believe that, though, right?”

Unsurprisingly, even the latest round of purges by YouTube was not enough to placate or appease the ADL. Greenblatt noted on Twitter that he was glad YouTube was removing some of the channels and videos his subversive, anti-American organization found offensive, but “the company has more work to do.”

The ADL and other anti-American organizations working tirelessly to target and persecute political dissidents in this country are becoming increasingly blatant in their efforts to destroy the First Amendment and any semblance of free speech and free intellectual inquiry. Thankfully, more and more Americans are recognizing this subversive agenda while censored content creators are utilizing alternative media platforms and technologies to express their political views. 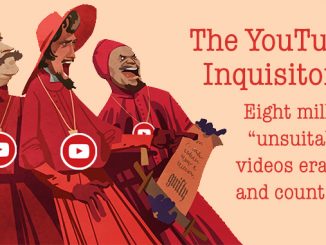 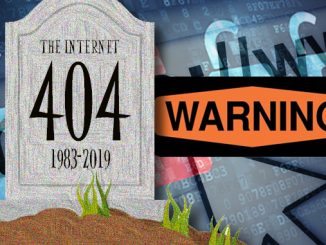