The special division of the Pentagon may be tasked with ferreting out “fake news”.

The Defense Advanced Research Projects Agency (DARPA), the arm of the U.S. Department of Defense responsible for the development of emerging technologies for use by the military, has been tasked with the job of identifying so-called “fake news,” and then instituting ways to dispose of it.

Of course, one man’s fake news is another man’s real news, so who’s to decide? The Pentagon, apparently.

In the past, DARPA was focused on rockets, satellites, weapons, war materiel, stealth technology, computers, drones, and “cool” stuff like that. In fact, DARPA created the first computer mouse (1964) and the forerunner to the Internet (1969), with the latter released in 1992 for commercial use.

Housed at a secretive complex in Arlington, Va. (in the Ballston Quarter, home to the U.S.’s first shopping center built around a multi-story parking garage), DARPA has around 220 employees in six technical offices who oversee about as many research and development (R&D) projects.

Originally called Advanced Research Projects Agency (ARPA)—created in 1958 by U.S. President Dwight D. Eisenhower in response to the 1957 launching of Sputnik 1 by the Soviets— DARPA collaborates with industry, academia, and governments to formulate and execute R&D “projects to expand the frontiers of technology and science, often beyond immediate U.S. military requirements.”

Most of what DARPA does is top secret, and for good reason, but can we be assured they are working in the people’s best interest? With this latest project, we should all be wary.

On Sept. 3, DARPA released a post on its website entitled “Uncovering the Who, Why, and How Behind Manipulated Media,” where the agency lays out its case about the “threat of manipulated multi-modal media,” and why this danger must be confronted and defeated. “Multi-modal media” refers to text, audio, and video, and those pulling DARPA’s strings are worried that technology has advanced and become accessible to the point that an average Joe or an ordinary Jane could manipulate the above and spread their creations “virally” through social media. DARPA plans to use algorithms to “spot fake news with malicious intent” before it can go viral.

“The creators of convincing media manipulations are no longer limited to groups with significant resources and expertise. Today, an individual content creator has access to capabilities that could enable the development of an altered media asset that creates a believable, but falsified, interaction or scene,” reads the DARPA statement.

DARPA’s project to tackle the fake news tsunami is called Semantic Forensics, SemaFor for short, which “seeks to develop technologies that make the automatic detection, attribution, and characterization of falsified media assets a reality.”

“The goal of SemaFor,” the post continues, “is to develop a suite of semantic analysis algorithms that dramatically increase the burden on the creators of falsified media, making it exceedingly difficult for them to create compelling manipulated content that goes undetected.”

Simply put, the program hopes to determine how the “fake news” was created or altered, its purpose, and who did it, so DARPA can “quickly determine if it should be deemed a serious threat or something more benign,” ultimately “to defend against large-scale, automated disinformation attacks.”

Now, here’s where it gets scary. Although the secret algorithms DARPA will program to determine what’s real and what’s fake—initially “to scan and evaluate 250,000 news articles and 250,000 social media posts”—the agency is not authorized to remove the “fake” media. So, who will?

That the incestuous relationship between government and industry appears to be entering a new phase should come as no surprise to this newspaper’s readers. DARPA has been acting as a revolving door between government and industry for years. In fact, former DARPA Director Regina E. Dugan, its first female director, began working for DARPA in 1996, left the agency in 2000, started Dugan Ventures in 2005, came back to DARPA, left in 2012 for Google, went over to Facebook in 2016, and then on to “other endeavors.”

And that’s just one of DARPA’s directors.

Looks like we’re in for a new round of serious censorship. It’s time to worry. 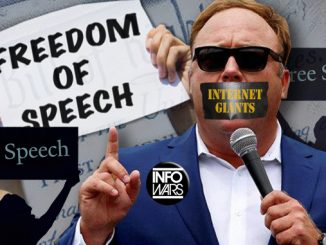 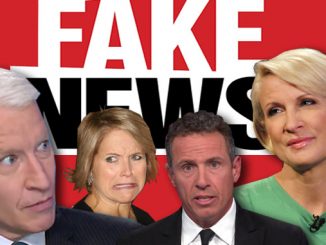