YouTube, Facebook, and other social media platforms are overtly banning any alternative information on the Covid-19 situation. David Icke, as we detailed in the most recent issue of AFP, is one of the biggest names in alternative media. Icke had his channel banned by YouTube, after his viral video “How Covid-19 Will Seize Your Rights and Destroy our Economy” garnered millions of views. The former British professional soccer player has also been banned by the BBC. A spokesperson for the social media giant stated, “YouTube has clear policies prohibiting any content that disputes the existence and transmission of Covid-19 as described by the World Health Organization and the National Health Service.”

The deplatforming of Alex Jones, the best-known figure in the conspiracy world, by all social media (even including PayPal) in 2018 precipitated an aggressive campaign of censorship online, though many discerning conspiracy theorists say Jones will promote any whacky theory if the money is right.

YouTube and Facebook regularly block videos and posts for “violating guidelines,” which seems to primarily mean posting information that questions an establishment narrative. These social media platforms invariably go to the internet’s version of Cable News Network (CNN) or Microsoft National Broadcasting Company (MSNBC), Snopes, where the husband and wife folklore team running it can be trusted to “debunk” anything that even hints at Deep State crimes and corruption.

Back in December 2019, YouTube Chief Executive Officer Susan Wojcicki told a totally unquestioning reporter Lesley Stahl that Google, which bought YouTube in 2006, employs 10,000 people to monitor “controversial content.” Stahl commented, “I also heard that these monitors, reviewers . . . sometimes, they’re beginning to buy the conspiracy theories.” Wojcicki then freely admitted, “I’ve definitely heard about that. And we work really hard with all of our reviewers to make sure that, you know, we’re providing the right services for them.” YouTube now responds to any even partially “controversial” video by directing viewers to predictable, contradictory establishment sources. Interestingly enough, Wojcicki noted that they didn’t have the time or resources to review the mainstream videos they recommend. By redirecting searches toward trusty establishment sources, the proud CEO boasted, “We’ve cut the amount of time Americans watch controversial content by 70%.”

Wojcicki has recently told CNN that YouTube is “removing information that is problematic” including “anything that is medically unsubstantiated.” More specifically, she claimed, “Anything that goes against World Health Organization recommendations would be a violation of our policy and so remove is another really important part of our policy.” Videos that have attempted to link the virus with 5G technology have been banned. Another video, featuring two California emergency room doctors bemoaning the fact that their peers are in danger of being laid off due to patients staying away from hospitals for fear of the coronavirus was banned by YouTube as well. This story prompted critical coverage on Fox News and other mainstream outlets.

Facebook, meanwhile, bans posts covering the anti-quarantine protests which have taken place in multiple states across the country. “Unless government prohibits the event during this time, we allow it to be organized on Facebook. For this same reason, events that defy government’s guidance on social distancing aren’t allowed on Facebook,” Andy Stone, a company spokesperson, told The Washington Post. As many as 200,000 people have joined Facebook groups advocating an end to lockdowns.

In 2019, Facebook banned Louis Farrakhan and other “dangerous” individuals it claimed “promote or engage in violence and hate, regardless of ideology.” At the time, the American Civil Liberties Union noted, “every time Facebook makes the choice to remove content, a single company is exercising an unchecked power to silence individuals and remove them from what has become an indispensable platform.”

The views of exiled whistleblower Edward Snowden are important to consider. Warning that the sweeping new powers assumed by government during the present crisis are apt to outlast any virus, Snowden stated, in a recent interview with the Copenhagen International Documentary Film Festival, “When we see emergency measures passed, particularly today, they tend to be sticky. The emergency tends to be expanded. Then the authorities become comfortable with some new power. They start to like it.” Snowden went on to say, “They already know what you’re looking at on the internet. They already know where your phone is moving. Now they know what your heart rate is, what your pulse is. What happens when they start to mix these and apply artificial intelligence to it?” Indeed, the Senate just voted, in a bipartisan manner, to allow the FBI to seize internet search histories of Americans without a warrant.

Mass shootings were used to initiate widespread censorship on social media, and now Covid-19 is finishing the job. Just a few years ago, far more anti-mainstream information was available on large internet platforms. Playing on emotion and ridiculing “conspiracy theories” have resulted in a much more controlled, more obedient internet. Do Americans really want a Soviet-style internet, with extremely narrow parameters of permissible debate?

Random Thoughts While Not Out Rioting 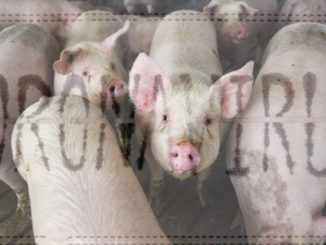