A researcher is convinced that the murder of Dorothy Kilgallen is linked to the JFK assassination.

Dorothy Kilgallen looked like your favorite aunt, prim and proper, the one who would wink at you as she snuck a sip from her carefully concealed flask. America knew her from her role as a recurring panelist on the popular game show “What’s My Line?” a role she kept for the final 15 years of her life. On Nov. 8, 1965, Kilgallen was found dead in her five-story Manhattan townhouse. The cause of death was ruled to be a lethal combination of barbiturates and alcohol, a ruling author Mark Shaw disputes. Shaw recently asked the Supreme Court of the State of New York for permission to exhume the body of Kilgallen. The author of The Reporter Who Knew Too Much: The Mysterious Death of What’s My Line TV Star and Media Icon Dorothy Kilgallen, Shaw believes Kilgallen was murdered.

In the petition to the state, Shaw asks for permission to exhume the “late Ms. Dorothy Kilgallen, the Pulitzer-Prize nominated media icon who did not die accidentally at the young age of 52 by ingesting one barbiturate but was poisoned with a combination of three dangerous barbiturates in 1965 following her exhaustive 18-month investigation of the JFK assassination.”

Shaw’s 129-page petition is a lot to unpack, and its length resembles that of his book. Essentially, Shaw, under the official guidance of famed forensic pathologist Dr. Cyril Wecht, would like to take a DNA sample of Kilgallen to match with former journalist Ron Pataky, the last person to see Kilgallen alive and the man Shaw believes murdered her. Pataky, 84, is still living and would either have to consent to the DNA sample or be court-ordered to submit. Pataky was the only new person who became close to Kilgallen in her eventful final months.

For 18 months Kilgallen had diligently researched a series about the John F. Kennedy assassination. She had doubted the official narrative very early and became the first reporter to print Dallas Police Chief Jesse Curry’s initial instructions to his officers, to “Get a man on top of the overpass and see what happened up there,” not “Get a man inside the Texas School Book Depository,” which Curry later claimed.

Kilgallen seems to have had a tenuous relationship with the CIA, receiving information from them while also exposing some of their most then-secret misdeeds. For example, she used information from CIA-trained exiles in Miami to write anti-Fidel Castro stories before then becoming the first reporter to imply that the CIA was working with the Mafia to assassinate Castro. It was at this point that FBI director J. Edgar Hoover began a dossier on Kilgallen’s activities.

In 1961, Random House commissioned Kilgallen to write a book called Murder One. She had already become well known for her coverage of infamous murder trials around the United States. The project lasted throughout the remainder of her life with the JFK assassination pausing its release solely to become its most important section. Kilgallen was holding a secret and it had something to do with Jack Ruby, Lee Harvey Oswald’s assassin.

Journalist and first-generation Kennedy assassination researcher Penn Jones wrote, “During the Ruby trial in Dallas, Judge Joe B. Brown granted Miss Kilgallen a privilege given no other newsman. She had 30 minutes alone in a room with Jack Ruby. Even the guards were outside the door.”

Kilgallen refused to reveal what Ruby had told her. That was to be the most notable and most profitable aspect of her forthcoming book. She even refused to tell researcher Mark Lane, with whom she had worked doggedly throughout her final year. She did give forewarning to one of her best friends, stating, “In five days, I’m going to bust this case wide open.”

Concerned about the alarming number of deaths connected to Kennedy assassination witnesses already happening by 1965, Kilgallen handed a copy of her Jack Ruby chapter to her fellow journalist, fashion editor Florence Smith. Before she could bust the case open days later, Kilgallen was dead.

Two days later, Florence Smith was dead of what was officially deemed a cerebral hemorrhage. The Jack Ruby chapter Kilgallen had given Smith disappeared.

Shaw contends that Pataky was aiding many of Kilgallen’s enemies in the intelligence world and in the Mafia, notably New Orleans mob boss Carlos Marcello. Kilgallen’s enemies wanted her dead and Shaw’s petition to exhume seeks to serve the purpose of trying to answer “who” so that the search for the “why” can move closer to finality. 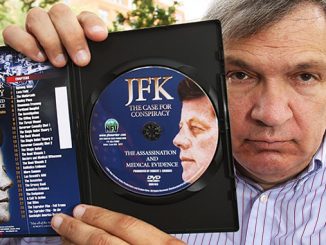 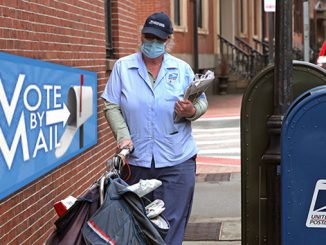 4 Comments on Will Court Agree to Exhumation?