America’s real economy has been devastated by coronavirus lockdowns. More than 25 million jobs are gone. Retail sales are down almost 10%. Main streets have turned into ghost towns. Small businesses have been hit the hardest. As independent shops, restaurants, and services disappear, their market share is gobbled up by big business. Amazon and Walmart stocks are soaring.

While ordinary American taxpayers get a $1,200 stimulus check—less than one week’s average earnings—their taxes are paying for a $500 billion bailout of America’s biggest corporations, and a $4.25 trillion giveaway to the banking cartel. This is the biggest highway robbery in American history.

Treasury Secretary Steven Mnuchin will be in charge of doling out the $500 billion corporate slush fund, with essentially no oversight. Undoubtedly, he will lavish most of it on his billionaire friends. Meanwhile the $2 trillion CARES Act includes a provision in Section 2302 that will essentially destroy Social Security by allowing employers to take half a year’s payments from the system. Next year we will be told that Social Security is bankrupt and will have to be radically downsized or abolished. Workers who have been paying taxes into the system all their working lives will lose the barely adequate retirement pittance they have been counting on to survive in their old age.

While ordinary Americans lose their livelihoods, the billionaires are getting richer, faster. The net wealth of American billionaires has increased 10% due to the coronavirus pandemic. They are now worth almost $3.3 trillion, a gain of $282 billion since the pandemic broke out in early March. Jeff Bezos has made $25 billion on the pandemic. Chinese-American businessman and the founder of Zoom Video Communications Eric Yuan has made $2.58 billion. Others aren’t far behind.

The bottom line: If you are a billionaire, the coronavirus pandemic is the best thing that could possibly happen. It will allow you to gobble up an even bigger share of America’s wealth while establishing a surveillance-based police state to ensure that Americans never rise up against you and your ill-gotten gains.

And, from a geostrategic perspective, it gets even better. The Western banksters, headquartered in Wall Street, the City of London, and Basel, Switzerland, were about to lose control of the world—until the coronavirus pandemic conveniently arrived to save them. China, with its state-run public banking system, has been running circles around the West since it switched from communism to a modified, state-regulated form of free-market capitalism. China has lifted more than 850 million of its citizens out of extreme poverty. Its poverty rate fell from 88% in 1981 to 0.7% in 2015 and is expected to reach zero by next year. As the world’s biggest bank, owning over a trillion dollars of the ballooning U.S. debt, China was poised to continue its upward trajectory and begin lifting billions more people out of poverty through its Belt-and-Road initiative—one of the most ambitious infrastructure programs ever conceived. When China financially dominates the world, the private usury banking cartel that rules the West will not only have to abandon its dream of world domination, but will in all likelihood simply go out of business, as citizens of Western nations demand Chinese-style public banking.

Before the coronavirus pandemic, China’s rise to No. 1 world power status seemed inevitable. The world economy, especially its Belt-and-Road component, was booming, and China was driving the boom.

The pandemic changed all that. It killed global trade, sending the world economy into a tailspin and forcing nations to find alternatives to China-dependent international supply chains. Now the U.S. government, which is completely controlled by the Western usury banking cartel, is forcing its vassal states such as Japan to cut trade ties with China. It is floating the idea of confiscating China’s trillions of dollars in U.S. investments and T-bills as “compensation for coronavirus damages.”

Independent historians have convincingly argued that such history-changing crises as World War I, the Great Depression, World War II, the 1971 birth of the petrodollar, 9/11, and the 2008 financial collapse were all engineered by the global usury banking cartel—run by the international bankers—that rules the West. In every case, the bankster cartel has profited from the destruction of real economies and real value. When smaller competitors go broke, the big banksters buy up hard assets at pennies on the dollar, further consolidating wealth in the hands of the few. And crises and wars force governments to go ever deeper into debt, borrowing from the banksters at compound interest that will enslave future generations.

Are we witnessing Wall Street taking advantage of the chaos unleashed by the coronavirus—not only on Main Street USA, but also upon the global Main Street represented by Chinese public banking and its Belt and Road initiative? 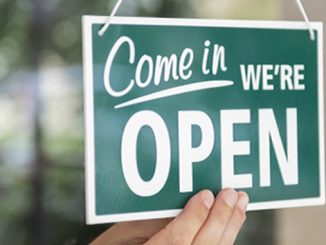 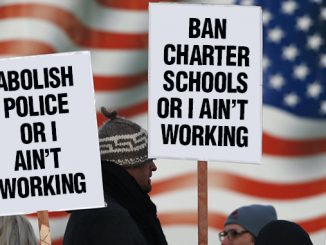 Why Don’t Teachers’ Unions Want to Go Back to Work?