A positive outcome of the Singapore Summit between President Trump and North Korean Chairman Kim Jong Un was Kim’s agreement to return to the U.S. remains of some of the 7,700 American servicemen listed as missing in action since the Korean conflict. Kim made good on his promise—initially transferred to UN control in South Korea, the remains were then sent to Hawaii, where V.P. Mike Pence received the 55 cases on July 31. The DOD POW/MIA Accounting Agency confirms these are “likely” U.S. Army soldiers who fought in the November 1950 Battle of Chosin Reservoir, a battle that left 1,024 Americans missing, and will begin DNA testing to determine the soldiers’ identities.

While the rancorous debate of partisanship and the ideologies of war and peace have dominated the political environment throughout the last century, Americans have remained generally united around the plight of their prisoners of war (POWs) and those missing in action (MIA). The gains that President Donald Trump and American diplomats can make now will be mostly symbolic. Over 70 years have passed since World War II, 60 years since the Korean War, and over 40 years have gone by since American forces left Vietnam. Yet the Trump White House has made gains with North Korea and seeks to further their efforts to clarify POW/MIA information elsewhere.

In April, Trump declared a national prisoner-of-war recognition day. Critics had not forgotten that, while campaigning in Iowa in 2015, Trump negatively responded to the labeling of Sen. John McCain (R-Ariz.) as a “war hero.”

“He’s not a hero,” Trump said. “He was a war hero because he was captured. I like people that weren’t captured, okay? I hate to tell you that.”

Despite the verbal gaffe, Trump just weeks ago secured the remains of approximately 200 POWs and MIAs missing after the Korean War. The continuing effort to account for the human effects of the Korean War is part of improving relations between both Trump and North Korean leader Kim Jong Un, as well as between North and South Korea. The recent Singapore summit between Trump and Kim has been credited with the thaw in relations, but there is much work still to be done.

U.S. military data show that the remains of around 5,300 Americans who fought in the Korean War could still be in North Korea. The other 2,400 POWs and MIAs from the war could be located in South Korea or China, or their remains may have been unrecovered. The North Korean government had already given back the remains of 340 Americans since 1990.

The Defense POW/MIA Accounting Agency (DPAA) shows that over 82,000 Americans are still missing from World War II through the Gulf Wars. According to the DPAA, over 41,000 of those missing are considered lost at sea.

While what will mostly ever be recovered are remains of dead POWs and MIAs, a declassified intelligence report obtained by Mark Sauter and John Zimmerlee, authors of American Trophies: How American POWs Were Surrendered to North Korea, China, and Russia by Washington’s “Cynical Attitude,” show that as recently as the 1990s, Americans were being held captive in China, North Korea, and the former Soviet Union.

“When most Americans think of pressing issues with Beijing, Moscow, and Pyongyang, topics such as cybersecurity, trade, and arms proliferation come to mind,” wrote Sauter and Zimmerlee. “But for families across the nation, the most important issue is one rarely discussed by government and media—the fate of Americans left, dead or alive, in North Korea, China, and the former Soviet Union.”

China has been less cooperative than North Korea. A 2008 U.S.-China agreement to open Chinese military archives was supposed to provide answers regarding POWs and MIAs. It has not. China cites “classification issues” that have prevented the sharing of POW and MIA information with the United States. China refused to share the information, and American diplomats have not risked the potential backlash that could occur by pressing them on the issue.

When the Pentagon studied its own Defense Department’s POW search efforts, what it found was troubling.

“The Pentagon’s effort to account for tens of thousands of Americans missing in action from foreign wars is so inept, mismanaged, and wasteful that it risks descending from ‘dysfunction to total failure,’ ” the internal Pentagon study said.

Any remains returned to the U.S. will be flown to a laboratory near Hickman Air Force Base in Hawaii, where they will undergo extensive forensic anthropology, odontology, and DNA testing.

Families have not yet been notified regarding specifics of the recent recovery of remains. Robert Downes, the president of the Coalition of Families of Korean and Cold War POW/MIAs, echoes the sentiments of many POW and MIA families who are hopeful, yet cautious.

“But we’ve seen this before,” Downes told Reuters. “And that was words on a paper and promises made, so now we have to see action.”

Closure is the final step of grief, and, for many of those families who saw their sons and brothers go to war in Korea, they have waited decades for a closure that can only come with answers. 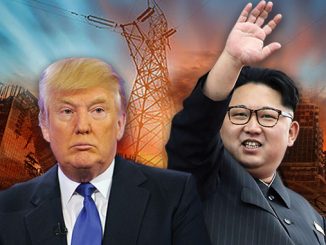