According to Reuters, “Five of the world’s largest banks . . . were fined roughly $5.7 billion, and four of them pleaded guilty to U.S. criminal charges over manipulation of foreign exchange rates, authorities said on Wednesday. A fifth bank will plead guilty to rigging benchmark interest rates, the U.S. Justice Department said.”

This newspaper has been warning of the insidious influence of banksters since its founding, helping to educate readers of the danger of the dominant global monetary system.

After all, a $6 billion fine is simply “the cost of doing business.”

BILLIONS for the BANKERS, DEBTS for the PEOPLE PDF 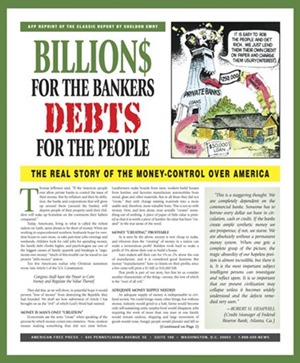