Global warming fanatics are trying to reverse the president’s 2017 dismissal of the Paris climate agreement by engaging local governments to impact international issues—regardless of the U.S. Constitution.

The Global Climate Action Summit taking place Sept. 12-14 is the most blatant example to date of the reorientation of governance in the 21st century. New constituencies are being formed to try and overturn President Donald Trump’s mid-2017 decision to back the U.S. out of the 2015 Paris climate agreement. But beyond rebuffing Trump, the summiteers are charting a new course that generally demotes, and appears bent on eventually replacing, national decision-making in the U.S. and abroad. “Climate action” is merely the battering ram with which to force things through.

Led by California Gov. Jerry Brown (D)—to whom national sovereignty under the Constitution is a doormat on which well-connected internationalist change agents wipe their feet—the summit, taking place in San Francisco, “will celebrate the extraordinary climate action of states, regions, cities, companies, investors, and citizens from around the world. It will be a moment for these climate leaders to come together to inspire deeper commitments from each other as well as national governments, in support of the Paris Agreement,” explains a summit press release.

The U.S. Constitution assigns the formation of and ascent to international treaties and pacts to the federal government, and there’s been no constitutional convention to change that. Yet summiteers boast that investors, states, Canadian provinces, and even “regions” are now among the “leaders” who’ve been knighted by the UN-connected transnational elitists organizing the summit to “inspire” policy, including U.S policy, on a worldwide scale.

We’ll be told that these groupings, which seem designed to re-federate the world, are merely advisory in nature. However, the San Francisco summit’s strategy is to rework world-governance by using an imprecise issue like “climate change” to move things along, since that issue can largely be addressed along emotional and ideological lines, with often questionable data sprinkled in to keep up appearances.

This is not to say that summit-supported ideas like transitioning to electric cars, more mass transit (e.g., more and better high-speed trains), and other supposedly cleaner “green” energy options are necessarily bad, depending on comparative costs, marketability, new environmental problems, real or perceived, versus old ones etc.

But given the coordination between this summit and the broader “global cities” movement, which is designed to further advance world government from the bottom up not just the top down, this overall movement is mainly about forging a revolution in policy-making through manufactured consent.

Of course, the shifty phrase “climate change” at some point in the last few years suddenly replaced the more precise “global warming” so that any example of erratic weather could be blamed on everything from human respiration and livestock flatulence to backyard grills, automotive and industrial emissions, and so on. Imprecision is key to duping the masses.

A main organization heading up the summit is the Under2 Coalition, named after the stated goal of limiting worldwide temperature increases to 2 degrees Celsius or less—based on the premise that virtually all worldly warming is chiefly caused by humanity’s industrial emissions.

The Under2 Coalition is “driven by a group of ambitious state and regional governments” representing “more than 200 governments . . . spanning six continents and 43 countries . . . who represent over 1.3 billion people and nearly 40% of the global economy,” summit promoters boast, while specifying that these governments are mainly cities, states, and regions below the threshold of national authority. Thus, the adjective “sub-national” is frequently used to soft-sell this end-run around national authority.

“The Under2 Coalition provides a global forum for sub-national governments to work together to get on a trajectory consistent with 2050 carbon neutrality,” the group’s website explains, and “sets the tone for bold climate leadership and provides an effective global partnership model for parties to the [United Nations Framework Convention on Climate Change]. We are sending a clear signal that net-zero by 2050 is achievable, desirable, and leads to faster results.”

Thus, the Rockefeller-founded UN is the authority for the sub-nationals to plug into, not the individual nations.

Without any act of Congress, those cities and states are networking with cities across Latin America and with various regions or European provinces: Lower Austria, Lower Saxony, and seven other German areas as well as Wallonia in Belgium. Also included are eight French regions, seven Italian regions, four Dutch regions, two Portuguese regions, four Spanish regions, and four UK regions, along with two in Switzerland, and one each in Sweden, Greece, and Hungary. 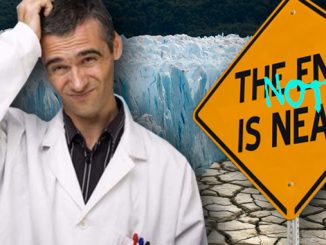