U.S. corporate media is quick to report on “behind-the-scenes” parties influencing the Trump administration … as long as that list doesn’t include the Bilderberg Group.

CHANTILLY, Va.—The mind-numbing mainstream media blackout of the highly secretive Bilderberg group that was evident when this AFP writer wrote an initial June 3 dispatch on the June 1-4 Bilderberg meeting in Chantilly, Va. was still in place on Tuesday, June 6, at least in terms of American orthodox media.

Additional calls to the media to inquire about their Bilderberg coverage plans went unanswered, and a call to Chantilly’s Westfields Marriott to seek a press conference was completely brushed off, as the lady who answered the phone didn’t even bother getting a security spokesman or someone else to handle the simple request.

Yet, the Washington Post and the Kansas City Star—which in recent years broke the usual stifling silence about Bilderberg—instead published items on June 4 and June 5 pertaining to the very concept of illicit, behind-the-scenes influence on government, even while these “courageous” news outlets somehow failed to include Bilderberg in that important equation.

Here are two clear examples of such media misfires:

Take note that the Post is all aflutter that these guys and their associates—but clearly not Bilderberg—are networking to strongly influence the policies of the U.S. government from backstage.

Furthermore, the Post is fretting that Horowitz created in 1988 the Center for the Study of Popular Culture as a “charity,” while noting that IRS rules that regulate charities stipulate “a substantial part” of a tax-exempt charity’s funds cannot be spent on “lobbying” or “carrying on propaganda.”

However, the Washington Post Company itself, as this writer has often reported, gave $25,000 to the American Friends of Bilderberg (AFB), according to the its 2008 “990 PF” tax filing.

The AFB is registered as a charity in the state of New York, though as a “private foundation.” Since the only listed activity of the AFB is addressing “problems of the Western Alliance” mainly by “sponsoring the annual Bilderberg Meetings,” there is no evidence whatsoever of AFB charitable activities, but plenty of evidence of “carrying on propaganda”—even while a substantial part of the AFB’s funds does go into tinkering with the economic and political machinery of the West via the hyper-exclusive Bilderberg Meetings.

Graham, as Leonard wrote in the Star, spoke at a political event (back when Graham sought the GOP nod to run for president) where the moderator noted that he was impressed by Graham’s prominence on the world stage and that Graham had taken a phone call from Israeli Prime Minister Benjamin Netanyahu.

“I was surprised,” Leonard wrote. “I have always assumed that conversations between world leaders and members of Congress happened at the request of the administration and that they didn’t happen during a car ride across the Iowa countryside by a senator running for president with guests and staffers in the car.

“But my gut told me it was wrong. I could see the conversation only as potentially undermining the Obama administration’s official policy toward Israel. After all, Graham was then in the opposition party and seeking the nomination for president.”

Watch an on-the-scene video from AFP’s Mark Anderson by clicking below:

Leonard added: “Let’s assume that Graham’s behavior is consistent with that of other members of Congress. If that’s true, it means that they’re talking willy-nilly with world leaders, their staffs and representatives. All the time. One can also assume that these conversations are not benign. They are all negotiations of one sort or another.”

What Leonard meant (though he didn’t go far enough) was that sitting senators and other elected and appointed officials should not be making policy with foreign leaders (or by extension, with foreign corporate titans) “off the grid” and independent of the executive branch.

Speaking of Graham’s highway diplomacy, Leonard asked, “When would such a conversation constitute treason?”

But what Leonard doesn’t note is that the Logan Act, a law from the 1790s and still on the books, prohibits U.S. citizens from lobbying, negotiating or engaging in deal-making with foreign officials without express permission from the head of state. And the Bilderberg Meetings, which have been happening for 65 years, represent the ultimate convergence of corporate, media, banking and political power behind closed doors, where no press conferences are given and only vague topics and an attendees list are published to placate onlookers. 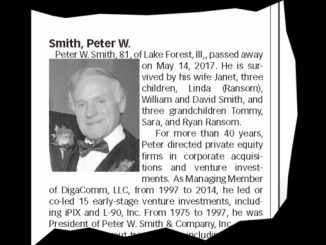