The current crop of House Republicans is promoting a healthcare scheme to replace Obamacare. But is it any better, when it comes to individual liberty, than what we’re forced into now?

The House of Representatives is expected to vote on a Republican bill soon that supposedly repeals Obamacare. However, the bill retains Obamacare’s most destructive features.

That is not to say this legislation is entirely without merit. For example, the bill expands the amount individuals can contribute to a health savings account (HSA). HSAs allow individuals to save money tax-free to pay for routine medical expenses. By restoring individuals’ control over healthcare dollars, HSAs remove the distortions introduced in the healthcare market by government policies encouraging over-reliance on third-party payers.hat

Unfortunately, the bill’s positive aspects are more than outweighed by its failure to repeal Obamacare’s regulations and price controls. Like all price controls, Obamacare distorts the signals that a freely functioning marketplace sends to consumers and producers, thus guaranteeing chaos in the marketplace. The result of this chaos is higher prices, reduced supply, and lowered quality. 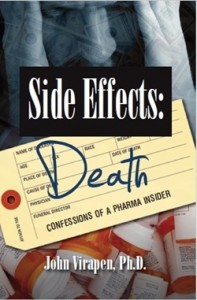 It is hard to feel sympathy for the insurance companies since they supported Obamacare. These companies were eager to accept government regulations in exchange for a mandate that individuals buy their product. But we should feel sympathy for Americans who are struggling to afford, or even obtain, healthcare because of Obamacare and who will obtain little or no relief from Obamacare 2.0.

The underlying problem with the Republican proposal is philosophical. The plan put forth by the alleged pro-free market Republicans implicitly accepts the premise that healthcare is a right that must be provided by government. But rights are inalienable aspects of our humanity, not gifts from government.

If government can give us rights, then it can also limit or even take away those rights. Giving government power to enforce a fictitious right to healthcare justifies government theft and coercion. Thievery and violence do not suddenly become moral when carried out by governments.

Treating healthcare as a right leads to government intervention, which, as we have seen, inevitably leads to higher prices and lower quality. This is why, with the exception of those specialties, like plastic surgery, that are still treated as goods, not rights, healthcare is one of the few areas where innovation leads to increased costs.

America’s healthcare system will only be fixed when a critical mass of people rejects the philosophical and economic fallacies justifying government-run healthcare. Those of us who know the truth must continue to work to spread the ideas of, and grow the movement for, liberty.

Ron Paul, a former U.S. representative from Texas and medical doctor, continues to write his column “Texas Straight Talk” for the Ron Paul Institute for Peace and Prosperity.

1 Comment on Is Congress Pushing Obamacare Repeal or Obamacare 2.0?