Whether legal or illegal, the U.S. cannot handle millions more immigrants. When it comes to illegal aliens, every year, 500,000 illegal aliens violate America’s borders. If you multiply 33 years times 500,000 people, that adds another 16.5 million people by 2050. Once this immigration storm hits, no one will be able to escape its consequences.

Every morning, noon, and night, you hear the weather report forecast in your specific area. Meteorologists warn you of approaching tornados, rainsqualls, or blizzards. They warn you of breezes or high winds. You know the temperatures in order to dress correctly or not to drive that day. Because of those forecasts, you make daily choices with knowledge and understanding. You protect yourself and your family.

Do you ever notice the evening news with cars piled up in 20-car crashes because they drove into a blinding snow storm? What about a cluster of 18-wheelers that drove into a fog bank only to create multiple deaths? As you look at the traffic standing still in your city, why did all those people drive their cars into such a gridlocked mess? 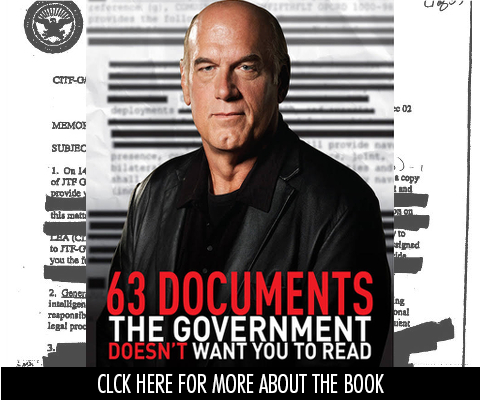 As you sit there watching the evening news, you wonder, “Why did so many people make such stupid choices? Why did they drive into a blinding snow storm? Why didn’t they pull over and park? Why didn’t they stay home?”

While no one can change the weather, each of us can change the future of our country by stopping the “immigration tsunami” bearing down on our 50 states.

As a forecaster, I can tell you this: Once this immigration storm hits, no one escapes its consequences.

The 1965 Immigration Reform Act drives this “perfect storm” bearing down on the U.S. At that time, Congress increased legal immigration to 1.2 million annually. That single act added 100 million people to the U.S. in 40 years. If allowed to continue, it will add 138 million more people within 33 years. We stand 28 million into that 138 million in 2017.

Let’s look at the numbers.

According to the Pew Research Center, NumbersUSA.org, the U.S. Census Bureau, and the Fogel/Martin Population Projections, legal immigration is expected to jump the U.S. population by 100 million people, net gain, by 2045 or sooner.

That includes immigrants, their births, and their chain-migrated relatives. The other 38 million will be U.S. births by U.S. mothers at two children per woman on average. The baseline population was 300 million in 2006.

Dr. Steve Camarato of the Center for Immigration Studies tells us that 500,000 illegal aliens violate our borders annually. If you multiply 33 years times 500,000 people, that adds another 16.5 million people. That would take us from the projected 438 million to 454.5 million in 2050. You can find more from the Center for Immigration Studies at “CIS.org.”

That equates to doubling the size of our 40 most populated cities within the United States. This means New York City jumps from 8.3 million to 16.6 million, Los Angeles increases from 11 million to 22 million, Chicago from 5 million to 10 million, and on down the line.

How do you water, feed, warm, transport, house, employ in an increasingly robotic world, and provide resources for in excess of another 154.5 million people?

With all the problems we face today—47 million Americans subsisting on food stamps, 8.7 million unemployed, our inner cities rotting into chaos, our air pollution rates exploding off the charts, our gridlock traffic immobilizing our cities, our water pollution in places like Flint, Mich. and dozens of other U.S. cities—how in the living daylights will we survive the first part of this storm?

My long-time colleague, Dr. Albert Bartlett, said, “Can you think of any problem in any area of human endeavor on any scale from microscopic to global, whose long-term solution is in any demonstrable way aided, assisted or advanced by further increases of population, locally, nationally or globally?” (Bartlett manages “AlBartlett.org,” which is his own website.)

Frosty Wooldridge lives in Golden, Colo. He is a population, immigration, and environment specialist and has spoken at colleges, civic clubs, and conferences around the world on these topics. Woolridge has also biked across six continents.

5 Comments on Immigrants Will Overwhelm America