Is anyone really surprised that, behind efforts to undermine everything that is good and righteous in the United States, the familiar hand—and money—of billionaire slash-and-burn speculator George Soros is found? He broke the Bank of England and was prosecuted in France, yet the scheming globalist keeps popping up in the U.S.

On Jan. 27, President Donald Trump signed what has proved to be an extremely controversial executive order that temporarily bans visas and entry to the United States for individuals from seven predominantly Muslim countries that are vulnerable to terrorism. The countries, which include Iraq, Iran, Syria, Libya, Somalia, Sudan, and Yemen, had previously been identified by the Obama administration as countries whose citizens deserved closer scrutiny and a stronger vetting process before being granted a visa and entry into the United States. 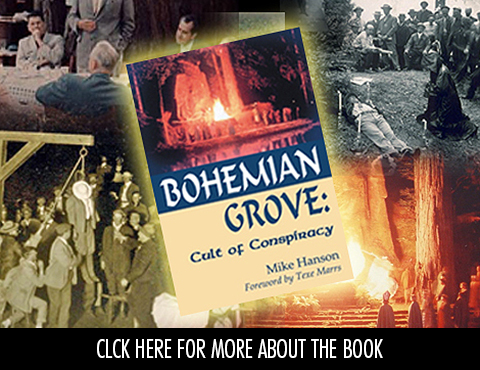 The hostile mass media and leftist activists were quick to denounce Trump’s rational and commonsense executive order as a blanket “Muslim ban,” stirring up echoes of racism and oppression. Protests were organized across the country at numerous major airports, while political leaders of both parties as well as some government bureaucrats and officials voiced their opposition and attempted to set up roadblocks to implementing and complying with Trump’s executive order.

Trump’s order has also run into countless legal and political obstacles, as federal judges have ruled the order is unconstitutional, while lawyers representing the Trump administration argue the order is well within the rights and duties of the executive branch.

Dozens of state attorneys general, mostly from states run by Democrats, as well as countless private legal organizations, including the ACLU, have brought lawsuits against the Trump administration relating to the executive order.

As was the case with many of the leading organizations that planned and organized the high-profile protests against Trump’s inauguration, it appears many of the legal challenges currently facing the Trump administration have been funded and instigated by left-wing billionaire agitator George Soros and other radical leftist activists.

“It shouldn’t surprise anyone that pressure groups funded by George Soros are litigating to keep U.S. ports-of-entry wide open to terrorists and other people who hate America,” Matthew Vadum, who serves as senior vice president of Capitol Research Center, a D.C.-based think tank, recently stated. “Soros has said he wants to bring America down. Flooding the country with Muslim aliens who won’t assimilate is one way to do that.”

The uproar actually began only days after Trump signed the order.

On Jan. 30, Trump fired Sally Yates, the acting U.S. attorney general who had been appointed by former President Obama and was set to serve in the position until Sen. Jeff Sessions (R-Ala.), Trump’s pick to head the Justice Department, was officially confirmed. Ms. Yates openly defied the president and refused to enforce his order. What did she think was going to happen? Did she believe the White House would back down?

Following Ms. Yates’s dismissal, the Trump team chose Dana Boente, U.S. attorney for the Eastern District of Virginia, to replace the disgraced former acting attorney general, who Trump argued had “betrayed” the U.S. government and American people. Boente served as attorney general until Sessions was officially confirmed by the Senate on Feb. 8.

“Ms. Yates is an Obama administration appointee who is weak on borders and very weak on illegal immigration,” the Trump administration declared in a statement released following Ms. Yates’s termination. “It is time to get serious about protecting our country.”

The hysteria and mindless fury generated as a result of Trump’s executive order demonstrates once again the extreme hostility the mass media and political establishment have toward the Trump administration and its America-first mindset. Trump’s executive order is essentially following a proposal originally put forth and implemented by the Obama administration, which did not generate nearly as much controversy as Trump has with his recent order.

“My policy is similar to what President Obama did in 2011 when he banned visas for refugees from Iraq for six months,” Trump said in an official White House statement. “The seven countries named in the executive order are the same countries previously identified by the Obama administration as sources of terror.”

Trump went on to emphasize that his order is “not a Muslim ban, as the media is falsely reporting.”

“This is not about religion. This is about terror and keeping our country safe,” Trump stated.

“There are over 40 different countries worldwide that are majority Muslim that are not affected by this order. We will again be issuing visas to all countries once we are sure we have reviewed and implemented the most secure policies over the next 90 days.”