A report by a political science professor at Kentucky State University reveals an epidemic of fake hate crimes perpetrated by “victims.”

In this era of fake news and manufactured crises, it should come as no surprise to discover that the vast majority of purported “hate crimes” reported in the media in fact turn out to be fabricated hoaxes perpetrated by the alleged victim himself or herself. Examples abound.

Wilfred Reilly, a young black political science professor at Kentucky State University, conducted a detailed study of alleged hate crimes in recent years for his book Hate Crime Hoax: How the Left is Selling a Fake Race War, published earlier this year and available from AFP. Reilly compiled a database documenting 409 examples of fake hate crimes, which were in actuality perpetrated by the supposed victims themselves.

The mainstream mass media often runs with the fake story in order to perpetuate the left’s narrative of systematic oppression and “white supremacy.” Turns out, there is no real epidemic of hate crimes. There is, however, a very real epidemic of fake hate crimes, which are promoted and advanced by the dishonest media and radical left wing organizations such as the Southern Poverty Law Center and Anti-Defamation League.

Consider, for example, a recently settled case involving the owners of Gibson’s Food Mart and Bakery in Oberlin, Ohio and Oberlin College, the town’s iconic university. The day after President Donald Trump’s 2016 presidential victory, three black students from Oberlin College—Jonathan Aladin, Endia Lawrence, and Cecelia Whettstone—fought with Allyn Gibson, the grandson of the longtime owner of Gibson’s Food Mart, after the young man attempted to confront Aladin for stealing alcohol from the store. Gibson’s Food Mart is within walking distance of Oberlin College and had supplied the college dining hall with baked goods and other items for years. The store was a popular hot spot for students and an icon in the small college town.

The black students claimed that they had been racially profiled and discriminated against by Gibson, prompting a boycott of the store by students, professors, and administration officials. The college even cancelled its contracts with Gibson’s based on the students’ false claims. The following August, all three students admitted they had stolen from the store and plead guilty to the charge, demonstrating that their original claims were entirely made up. An Ohio jury eventually awarded $44 million to Gibson’s Food Mart for punitive and compensatory damages.

Fake hate crimes are not limited to the United States. In April, news broke that an alleged “anti-Semitic hate crime” on a kosher Italian-style café in Winnipeg, Canada was entirely staged by the café’s Jewish owners. According to the Jewish Telegraph Agency, Winnipeg police charged the owners of the café with public mischief following an extensive investigation involving 25 officers and 1,000 hours of investigative work.

As Reilly details in his book, the mass media plays a central role in promoting fake hate crimes, only to then bury the story once it is exposed as a hoax.

The American public is beginning to see that fake hate crimes are happening all the time, thanks in large part to independent media outlets like American Free Press that continue to monitor, cover, and expose the blatant attempts to manufacture racial conflict and resentment in the form of hoaxes. 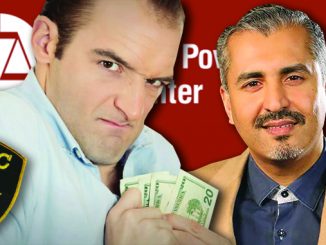 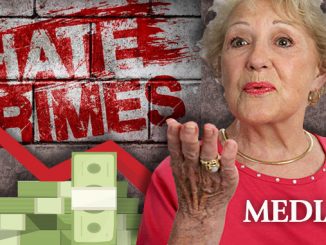