Simultaneously, Democrats decry their own whiteness.

Supporters of Democratic presidential candidate Sen. Bernie Sanders have expressed disgust at the media coverage by Cable News Network (CNN) and other corporate-controlled outlets. Ironically, the same people who either fail to recognize the biased reporting on Donald Trump, or enthusiastically approve of it, are outraged now that Sanders is the victim.

Earlier this month, Rolling Stone’s Matt Taibbi tweeted, “This is an unusually vile performance by CNN.”

Elie Mystal of The Nation declared, “I hate these biased questions from the moderators. ‘How would you keep your plan from bankrupting the country?’ Just ask the Koch brothers to moderate next time!”

The New Republic’s Libby Watson complained, “CNN is truly a terrible influence on this country.”

The anti-Sanders coverage brought back memories of former CNN contributor Donna Brazile giving Hillary Clinton advance copies of debate questions during the 2016 primaries. Democratic National Committee emails memorably documented the party’s effort to steal the nomination away from Sanders, in order to nominate Deep State queen Hillary Clinton. Despite overt voting fraud during the Democratic Party primaries, especially in delegate-rich California, Sanders refused to lodge any protests, and ultimately supported Clinton. Sanders even bought into the ridiculous “Russiagate” fantasy, whereby email evidence of DNC fraud benefitting Clinton was magically converted into “Russian” subversion of the political process, in order to deny Clinton the presidency.

Recently, a seeming feud between “progressive” Sen. Elizabeth Warren and “socialist” Sen. Sanders has been making headlines. After the last Democratic Party presidential debate, Sanders attempted to shake Warren’s hand, but she refused. A brief exchange could be heard on a hot microphone, as Warren whinged, “I think you called me a liar on national TV.” Sanders replied by claiming it was Warren who called him a liar. The friction between the two was ignited when Warren claimed, a few days before the debate, that Sanders had told her during a 2018 private meeting that a woman could not win the presidency.

It’s hard not to relish the infighting between rabid proponents of identity politics. Warren takes a back seat to no one in this area. She has claimed to be part Native American in the past, which was seemingly disproved by DNA analysis. She has recently carried political correctness to heights that simply cannot be satirized, when she bemoaned the alleged difficulties faced by “transgender women of color.” She even vowed to read the names of victims of violence from this miniscule fragment of the population aloud in the White House Rose Garden every year.

Warren, like most other Democratic Party presidential candidates, genuflected before former crack dealer turned FBI informant Al Sharpton last year, and enthusiastically endorsed reparations for black Americans. The logistics behind such a reparations program (factoring in multiracial persons, those who immigrated here long after slavery ended, how some would be taxed and not others, who would be eligible etc.) is never broached by anyone in the political world, or any “journalist” in our state-controlled media.

Warren has a loose relationship with the truth. In the past, not only did she laughably claim Native American heritage, she also alleged that her parents had to elope because of prejudice against her mother (who was unquestionably white).

She has claimed to be the first nursing mother to take the bar exam in New Jersey, when such records are not available because they’ve never been kept. Warren has stated that she was fired from a teaching job after a supervisor (undoubtedly a white man) glanced at her and concluded she was pregnant. She had previously reported that she’d simply walked away from that job. Under the necessities of political correctness, any kind of imagined victimhood is celebrated.

A recent undercover video release from James O’Keefe’s Project Veritas revealed a Sanders campaign organizer angrily ranting about cities burning if he didn’t get the party’s presidential nomination. Threat of violence is another ugly aspect of authoritarian social justice warriors, as is often a shockingly quick resort to physical assault against those they disagree with, as so many online videos from demonstrations and protests have revealed. Today’s left is faithfully devoted to the politics of emotion and has left all reason behind.

When varying, politically correct interest groups collide, such as in recent years when black athletes expressed openly anti-gay sentiments, the Deep State struggles to respond. One can almost picture the smoke coming out of the heads of “journalists” like CIA intern Anderson Cooper or Mario Cuomo’s son Chris.

Thus, it becomes a surreal contest over which white candidate can decry whiteness the most passionately, or who can support transgender rights in the loudest voice. Sen. Warren can pretend to be a Native American or a pathfinding working single mother regardless of how her own history contradicts her claims.

But, unfortunately for Bernie, he can’t stop being an old, white male. 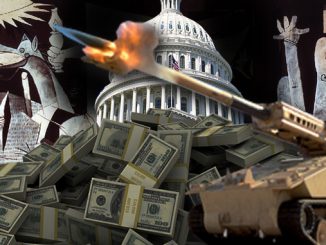 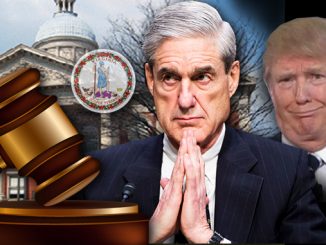