Trump’s predecessor was the one who paved the way for this Mideast genocide.

In the last three years, the Saudis and the United Arab Emirates (UAE), with the assistance of London, Paris, and Washington, have dropped over 18,000 bombs on Yemen, a country the size of California, resulting in the slaughter of innocent people and a humanitarian catastrophe on a massive scale.

Before anyone lays the blame for the war crimes committed by the Saudis and their allies at the door of President Donald Trump, though, it should be remembered that the war in Yemen began in earnest in 2015 under President Barack Obama and, if anything, his decision-making provided the impetus for all the killing that has since transpired. He committed the U.S. to backing the Saudis and provided them with even more weapons. He also agreed to expand the UAE’s highly modern arsenal. Though the media rarely focuses on the UAE, it has one of the world’s most powerful armies, and like the Saudis, buys only American weapons.

The UAE has gone under the radar of media coverage even though its planes have bombed civilian targets, and its special forces, mostly American trained, have been accused by Amnesty International of carrying out war crimes in secret prisons in south Yemen. It is one of those rich Arab nations that seeks to impose itself on the region. In 2014, Business Insider published a story claiming the UAE had “the most powerful army you had never heard of.” It uses surrogates, in the form of extreme Islamic militias, including al Qaeda, to do its dirty business in the ground war in Yemen. It also works closely with Erik Prince, brother of Department of Education Secretary Betsy DeVos. Prince supplies the UAE with mercenaries.

Congress is finally coming to grips with the Yemen crisis, recognizing that it does not serve U.S. foreign policy interests to be a major player in a war that has killed so many women and children and created a famine that may kill millions. So how did it come about that members on both sides of the aisle in Congress believe it is time to break with the Saudis over this crisis? Some will point to the murder of Washington Post columnist Jamal Khashoggi, but that does not address the fact that, for some time, there has been a bi-partisan congressional effort to draw attention to the issue, and the fact that the Saudi leader, Mohammed bin Salman (MBS), is a dangerous, impetuous ally.

The closer the U.S. gets to his foreign policy adventures, the more likely it will be that Washington will shoulder the blame for his failures. MBS’s role in the Khashoggi murder merely enabled members of Congress to shine a brighter light on Yemen.

Missing in much of the Yemen coverage is the fact, as AFP reported in October 2016, that 65 members of Congress—Republicans and Democrats—led by Rep. Ted Lieu (D-Calif.), backed a stern letter by Lieu to then-Secretary of State John Kerry about the U.S. role in Yemen. Lieu, a former War College lawyer told Kerry: “The Saudi coalition is intentionally targeting civilians, or they cannot distinguish between civilians and military targets. Both would be war crimes.”

Lieu’s words carried the implication that American military personnel working for the Saudi coalition risked being charged with war crimes. The letter followed the bombing of a funeral in Yemen’s capital that killed 100 civilians and injured 500 others, many of them children. The bomb was a GBU-12 Paveway II 500-pound, laser-guided munition, sold to the Saudis in a Washington arms deal.

Contrary to some reporting, there has been growing bi-partisan congressional support to disengage from the Yemen conflict. It may well be that the Obama administration never fully briefed Trump about the prominent role it played in supporting the Saudi slaughter in Yemen.

Members of Congress have also been angered by intelligence reports confirming that the UAE, with Saudi backing, has paid members of ISIS and al Qaeda to help it run a counter-insurgency campaign in southern areas of Yemen. The UAE would like to make southern Yemen an independent state that the UAE monarchy would control through Islamic proxies linked to al Qaeda, and especially, AQAP—al Qaeda in the Arabian Peninsula, the group Washington fears most. It would give the UAE a direct link through Oman to Yemen and the Arabian Sea.

It is no wonder, therefore, that Congress is disturbed by our alliances with the UAE and the Saudis, who have competing agendas for Yemen and are prepared to work with our enemies to achieve them.

If Congress fails to separate the U.S. and the Saudi-UAE coalition, Washington will own the Yemen War and all that flows from it. The same goes for France and Britain, which have hidden their military backing of the Saudis behind the controversy surrounding the Khashoggi murder. It has allowed them to deflect from their role in Yemen, but many in Congress are determined that should not persist.

Some in Senate Want U.S. Support for Carnage in Yemen Terminated

President Trump vows to veto a bill banning actions not authorized by Congress.

The Senate has been grappling with new legislation (S.J. Res. 54), which, according to the Library of Congress, would “direct the removal of United States Armed Forces from hostilities in the Republic of Yemen that have not been authorized by Congress.” President Donald Trump has so far indicated he would veto the measure.

In a statement released right after the Senate voted 63-37 on Nov. 28 to discharge this resolution from the Senate Foreign Relations Committee and send it to the full Senate for an eventual vote, Sen. Rand Paul (R-Ky.), a committee member, said: “I applaud the Senate for taking action . . . to ensure a long-overdue debate on the Senate floor over ending the United States’s unauthorized support for the devastating war in Yemen. With thousands upon thousands of innocent lives lost in Yemen, and millions living on the edge of famine, we must send a clear message that this is not what America stands for, and I welcome a robust debate on ending our involvement in the war, stopping arms sales to Saudi Arabia, and restoring Congress’ voice in foreign policy.”

Paul previously led bipartisan efforts to oppose U.S. involvement in the war in Yemen. In early November, “he forced a procedural vote on his resolution that would have blocked the sale of an estimated $300 million in high-explosive rocket artillery and associated training and support to Bahrain, a member of the Saudi-led coalition waging the war in Yemen,” according to Paul’s press office.

A spokeswoman for his office told AFP on Dec. 6 that the date of the final floor vote on S.J. Res.54, while it conceivably could come at any time, is most likely to happen in mid-to-latter December.

Upon learning of the pending vote on Nov. 28, the White House dispatched Secretary of Defense James Mattis and Secretary of State Mike Pompeo to hold a morning press briefing with senators to warn them beforehand that S.J. Res. 54 could impair imminent negotiations that, they say, are designed to broker peace.

According to The Hill, a Washington paper focused on Congress, Mattis and Pompeo also noted, “The UN special envoy for Yemen . . . hopes to convene talks in December after receiving commitments from the Yemeni government and the Houthi rebels it’s fighting.”

Various accounts from Middle Eastern and Western news sources paint a horrendous picture of widespread civilian death, destruction, and dislocation in this small Arab nation that meets Saudi Arabia’s southern border—resulting mainly from brutal aerial assaults carried out by a Saudi-led military coalition in which U.S. forces have been refueling coalition warplanes and helping target Houthi rebels who are reportedly aligned with Iran and have taken some degree of control of the government.

Author, lecturer, and strategic risk consultant F. William Engdahl, writing for the non-partisan Canada-based website “Global Research,” stated that the situation has “little to do with any Shi’ite [Houthi] versus Wahhabite-Sunni [Saudi] conflict. Rather, it has to do with strategic control of world energy. So long as [the capital city of] Saan’a was in control of a Saudi proxy . . . it was a secondary priority for Washington. The oil was ‘safe,’ even if the Yemen government had [as it did] expropriated the U.S. [oil company] properties.”

However, Engdahl added, “Once a determined independent Houthi Zaidi force was in control of Yemen or a major part, the threat became serious enough . . . to begin the war,” because a “Houthi-controlled Yemen would be a potential client for Russian or Chinese oil companies to open up serious exploration,” combined with the fact that “the Houthi also had friendly relations with Iran.” 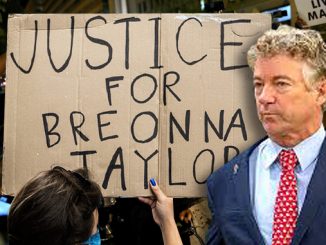 Ignorance of Mob Shown in Attack on Senator